How Qatar is working to boost its influence in Yemen

Doha balances close relations with Houthi and Islah factions in the Yemen war in order to take advantage of political instability in the country and bolster its influence over the country’s internal affairs. 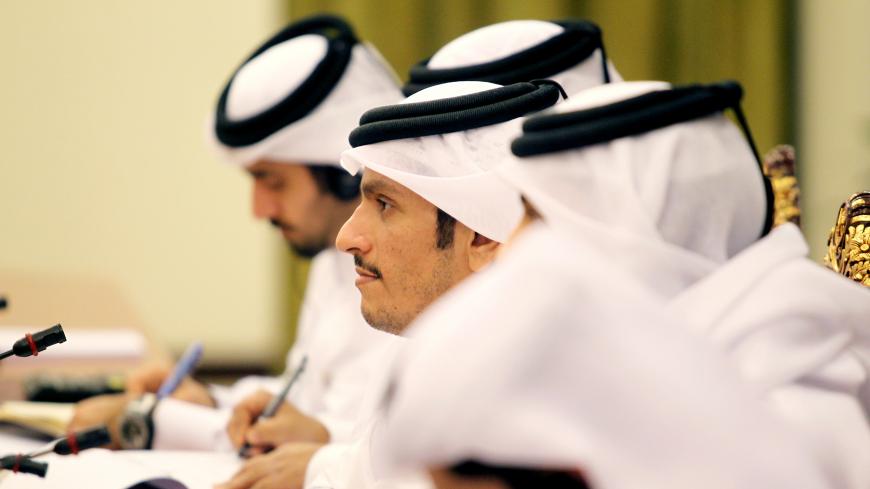 Qatar on Nov. 1 praised US President Donald Trump’s advocacy for a cease-fire in Yemen and called for new UN peace talks to end the Yemen war. In an official statement, the Qatari Foreign Ministry described US calls for peace in Yemen as “an encouraging step toward a political solution and an end to the suffering of the Yemeni people.”

Although this statement is consistent with Qatar’s official rhetoric on Yemen since Doha was expelled from the Saudi-led military coalition in June 2017, allies of embattled Yemeni President Abed Rabbo Mansour Hadi have criticized the Qatari Foreign Ministry’s remarks. Adnan al-Audani, the head of the Information and Culture Department of the Hadi-aligned Islah Party, released a statement that condemned Qatar for its support of Houthi rebels and accused Doha of backing Iran’s expansionist ambitions in the Middle East.

While Audani is just the latest in a long line of officials and analysts to describe Qatar as a state ally of the Houthis, Doha’s position on Yemen is much more nuanced than these allegations suggest. Since the Houthis first emerged as a political force in 2004, Qatar has capitalized on political instability in Yemen to bolster its influence over the country’s internal affairs. Qatar’s power projection capacity in Yemen was revealed when it mediated a resolution to six months of hostilities between Houthi rebels and Yemeni government forces in June 2008 and actively supported the overthrow of President Ali Abdullah Saleh in February 2012.

Although Qatar officially sidelined its independent ambitions in Yemen after it normalized relations with its Gulf Cooperation Council (GCC) rivals in November 2014, Doha’s desire for increased influence in Yemen has resurfaced in recent months. To facilitate the Yemen conflict’s transition to a peace settlement and increase Doha’s leverage in Yemen, Qatar has actively obstructed the Saudi-led coalition’s military activities by balancing close relations with Houthi and Islah factions.

Since the inception of the Saudi-led blockade against Qatar last June, Doha has been accused of providing material and moral support to Houthi rebels. The first example of Qatar’s alleged financial support for the Houthis was revealed in August 2017 when Egyptian media outlet Egypt Today claimed that Qatar donated $1 million in aid for reconstruction purposes to Saada, which was diverted to Houthi forces. Qatar’s subsequent provisions of $20 million in humanitarian assistance to rebel-held regions of Yemen in April 2018 caused additional controversy, as the Houthis have been accused of illicitly using revenues from their occupation of Hodeidah to fund military operations.

While allegations of Qatari financial assistance to Houthi rebels are admittedly based on circumstantial evidence, Doha’s critics in the Arab world have stridently condemned Qatari state media coverage of Houthi military activities. Abdulsalam Mohammed, chairman of the Abaad Studies Research Center, told Al-Monitor that Qatari media outlets have ignored the retreat of Houthi forces from western Hodeidah and try to divert attention to Yemen’s humanitarian crisis when Houthi forces are weak. Mohammed stated that this coverage is aimed at pressuring the Saudi-led coalition to implement a cease-fire in Yemen, as this outcome would allow the Houthis to upgrade their positions in Hodeidah and restart the war from a position of strength.

Allegations of Qatari financial assistance to the Houthis and Doha’s sympathetic media coverage of Houthi forces in Hodeidah have led to the proliferation of anti-Qatar conspiracy theories across the Arab world. Yemeni political analyst Najib Ghallab spread alarm about a Qatar-Houthi alliance, as he alleged in July 2017 that Qatar has colluded with Iran to save the Houthis from defeat, and gave 10,000 Qatari riyals to each freed Houthi prisoner who occupied Sanaa in 2014. Five months later, the United Arab Emirates (UAE) accused Qatar of mediating on behalf of the Houthis after the organization broke ties with Saleh on Dec. 3, 2017.

To defend itself from allegations of improper cooperation between Qatar and the Houthis, Doha has made extensive use of plausible deniability in its official statements pertaining to this issue. Qatar’s Defense Minister Khalid bin Mohammad al-Attiyah stated in July 2017 that Doha joined the Arab coalition to defend Saudi Arabia’s borders and did not provide assistance to individual Yemeni factions. Policymakers in Doha also stridently condemned the May 3 arrest of Qatari national Mohsen Saleh Saadoun al-Karbi by Yemeni police forces for allegedly funneling military assistance to the Houthis via Oman.

Qatar’s vigorous denials of support for Houthi expansion have fallen on deaf ears in much of the Arab world but are positively received by some Islah factions in southern Yemen. Qatar established a robust alliance with the Islah movement during the 2011-12 Yemen protests, as Doha sought to replace Saleh’s authoritarian regime with an Islamist government. Qatar’s alliance with Islah persisted at a semi-official level until December 2017, when Islah party chairman Mohammed al-Yidoumi thawed the group’s relationship with the UAE and attempted to detach the Islah rank and file from Qatar’s clutches.

In spite of Yidoumi’s efforts, some Islah members in southern Yemen remained loyal to Qatar and continued to undercut the UAE’s power projection ambitions in the region. Summer Ahmed, a political analyst who works closely with the Southern Movement, told Al-Monitor that Qatar continues to fund Islah religious clerics and aid organizations who view Nobel Peace Prize winner Tawakul Karman as their figurehead.

According to Ahmed, these clerics and organizations are willing to publicly reveal their sponsorship from Qatar in spite of Islah’s pro-Saudi orientation and have participated in military campaigns in southern Yemen alongside extremist networks like al-Qaeda. The Southern Transitional Council has also linked Qatar-backed Islah factions to acts of violence, like the wave of drive-by shootings and roadside bomb blasts that rocked Aden in July. While these allegations have been dismissed by pro-Qatar voices as a product of the Southern Movement’s pro-UAE orientation, public expressions of solidarity with Qatar amongst prominent Islah members in Taiz, like Mohammed al-Maqrami, suggests that the organization maintains residual ties with Doha.

Although Qatar has been accused by its GCC rivals of destabilizing Yemen, Doha’s alignments with Houthi and Islah rebels are carefully calibrated, as Qatar wants to stymie the Saudi-led coalition’s military campaign without derailing prospects of a Yemeni peace settlement. The GCC coalition’s decision to implement a temporary cease-fire in Hodeidah could allow Qatar to reap the rewards of its balancing strategy, and reassert itself as a major stakeholder in Yemen in the months to come.