The death of former President Ali Abdullah Saleh further complicates the conflict that has left Yemen in the throes of a humanitarian crisis. 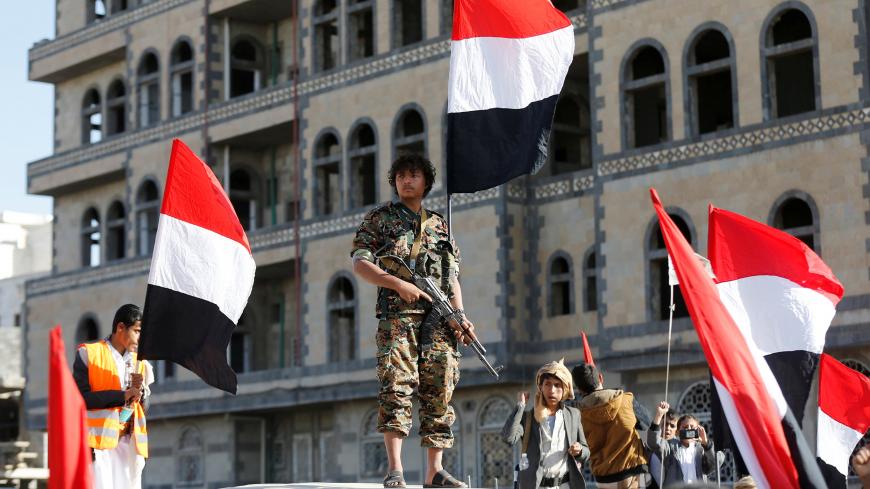 After becoming president of the Yemen Arab Republic in 1978, Ali Abdullah Saleh went on to be president of all of Yemen following the latter’s reunification with the People's Democratic Republic of Yemen in 1990. Saleh was thus president during the 1994 civil war, and in the 21st century the Yemeni strongman played off both sides of America’s counterterrorism campaigns against al-Qaeda’s local wing and waged six wars against Houthi rebels in Yemen’s underserved Saada governorate beginning in 2004.

Saleh’s death Dec. 4 at the hands of Houthi rebels marked the end of a chapter in Yemeni history. Saleh had cunningly balanced and played off Yemen’s different factions while in power for 33 years, and he exercised his political prowess to remain extremely influential in the country following his 2012 departure from power. However, it was his decision to end his forces’ unnatural alliance with the Houthis and open himself to dialogue with the Saudi-led Arab coalition that ultimately cost him his life.

On Dec. 2, Saleh’s forces turned on the Houthis, whom they had been in a tactical alliance with based on their shared opposition to President Abed Rabbo Mansour Hadi. The ex-president indicated his willingness to work with any forces seeking to defeat Iranian-allied groups in Yemen in exchange for an end to the Arab coalition’s bombing and blockading of the country. Of course, Saleh also wanted Saudi and Emirati support for his return to power, which some Gulf Cooperation Council states saw as a valuable opportunity to bring Yemen back into the Sunni Muslim/Arabian fold after years of Iranian-backed rebels controlling the capital and other parts of Yemen. Despite the fact that Saudi Arabia’s Crown Prince and de facto ruler Mohammed bin Salman sought to avoid cooperation with Saleh, the Saudi media’s label for Saleh went from “deposed dictator” to “former president” after he ended his alliance with the Houthis earlier this month.

Yet for the Houthis, Saleh’s opening to the Saudi-led coalition was an absolute betrayal. His killing delivered a powerful message to domestic and regional actors about the Houthis’ determination to continue fighting the Saudi and Emirati military forces and their Yemeni allies, as have their two recent claims of firing missiles at the United Arab Emirates. At the same time, Saudi Arabia is intensifying its air campaign against the confident Houthi rebels in Sanaa, naturally offering Iran its own opportunity to step up Tehran’s involvement in Yemen via Ansar Allah — the official name of the Houthi militia.

Although the former president himself was to blame for many of Yemen’s plethora of ongoing problems, Saleh was in a position to offer hope for the country. Unfortunately for Yemen, his death further complicates the multidimensional conflict that has left Yemen in the throes of a humanitarian crisis that threatens to starve millions to death. It is simply too early to tell how or to what extent Saleh’s death will impact Yemen’s civil war. The risk is that the ex-leader’s killing will elevate violence levels that are high even by Yemen’s standards. After Saleh’s death, Hadi called on Yemenis living in Ansar Allah-controlled areas to rise up against the militia. Yet thus far, few if any seem to have done so. It is not clear that the Houthi-Saleh split has seriously weakened Ansar Allah, raising questions about how realistic Hadi’s plans are for capitalizing on recent developments in his efforts to return to Sanaa.

The Yemeni people — 8 million of whom are on the brink of famine while nearly 1 million have been infected in the world’s largest cholera outbreak — will lose the most from any further escalation of violence. The cholera epidemic in Yemen, and the extent to which it has spread throughout most parts of the country, has been a direct outcome of the armed conflict. Humanitarian aid cannot enter without a cease-fire among the warring factions and an end to the Arab coalition’s bombing, which is increasingly unlikely due to Saleh’s killing.

Could Ahmed Ali Saleh — the ex-president’s son and former Republican Guard leader whom many expected to be Saleh’s successor — prove capable of filling his father’s shoes? Now that Ansar Allah has pushed out Saleh’s loyalists from Sanaa, how much strength and unity can the backers of Yemen’s slain president achieve? Will influential figures within the General People’s Congress, Saleh’s political party, fight each other in competition for power?

The shocking news of the killing of the man who masterfully manipulated Yemen for decades marks the beginning of a new era for the beset Arabian country. To be sure, Saleh’s potential comeback could have drastically changed the course of events in Yemen’s future. Yet his miscalculation that led him to abandon his Houthi allies for the Saudi-led coalition and others committed to fighting Iranian-backed forces in Yemen cost him his life.

Ultimately, the prospects for peace and prevention of an unprecedented famine in Yemen depend on an end to the Saudi-led coalition’s bombing campaign, as US President Donald Trump surprisingly stated Dec. 6. Yet for Riyadh to pull out of Yemen without achieving its key objectives that Saudi Arabia set forth in 2015 would be difficult to imagine, particularly given Prince Mohammed’s aggressive approach toward countering what he sees as Persian expansionism. Long-term peace and security in Yemen requires a political settlement that enables all sides, including the Arab coalition, to feel a sense of dignity after years of fighting.

Unfortunately, without Saleh in Yemen’s political picture, the odds of the country achieving such a settlement are substantially lower. To be sure, blame for many of Yemen’s problems — from poverty to sectarian violence and Salafist-jihadi threats — belongs on Saleh’s doorstep as he was a leader who had an abysmal human rights record and who mismanaged the economy while engaging in countless corrupt maneuvers that enabled him to accumulate billions for his cronies while Yemen was the Arab world’s poorest country. Nonetheless, despite all his responsibility for Yemen’s countless ills, it was more realistic for Saleh, over any other Yemeni figure, to have been the leader to have played a productive role in averting a looming famine amid the exacerbating humanitarian crisis and civil war.