Turkey’s latest set of emergency decrees grant immunity to anyone deemed to have been resisting efforts to overthrow the government during and even after the coup attempt. 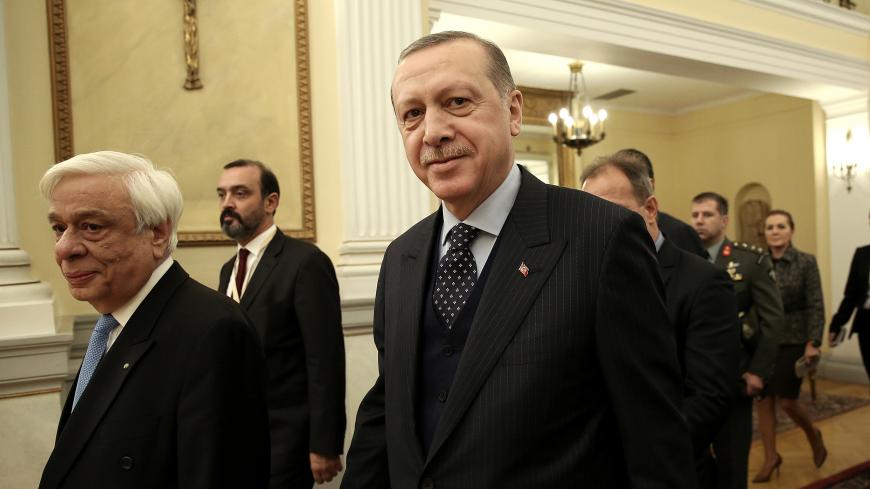 One of Turkey’s most respected prosecutors called it “the end of the state of law” and a ruling party official a boost to combatting terror. But whichever way you look at it, the latest set of emergency decrees announced by the government over the weekend is poised to further entrench the culture of impunity that has reigned over the country since last year’s failed coup.

On top of the sacking of some 2,700 government workers, the pair of new decrees published in the Official Gazette on Dec. 24 grant immunity from prosecution for any person, regardless of whether they were acting in any official capacity, deemed to have been resisting "terrorists" or attempts to overthrow the government during the coup. Most controversially, it grants similar immunity to the self-appointed guardians acting against anything that could be construed as a “continuation” of the coup attempt.

Turkey has remained under emergency rule that was imposed soon after rogue officers sought to topple the government and murder the country's President Recep Tayyip Erdogan on July 15 last year. Tens of thousands have been purged from the government and countless others similarly accused of links to the putschists have been jailed under a slew of controversial decrees that critics say have accelerated Turkey's descent into authoritarianism.

Government spokesman Mahir Unal insisted that the latest decrees applied only to actions that were taken during the coup and its immediate aftermath. But opposition politicians across the ideological spectrum disagreed, saying the law constitutes incitement to violence against the government’s opponents and those labeled “terrorists” or “traitors” by its allies in the media.

Ozgur Ozel, a lawmaker for the main opposition Republican People’s Party, declared, “They have cleared the path for anyone who purports to be combatting terrorism to butcher everybody else.”

Even the country’s taciturn former President Abdullah Gul stepped into the fray, saying the decree did not chime with legal norms and needed to be revised. Otherwise, it could lead to “events that could upset us all.”

One of the main worries is that the measure will provide legal cover for organized paramilitary groups loyal to Erdogan to pursue his opponents at will and by extension, government critics claim, help cement one-man rule.

Howard Eissenstat is a nonresident senior fellow at the Project on Middle East Democracy and associate professor of Middle East history at St. Lawrence University. In a recent essay titled “Uneasy Rests the Crown: Erdogan and ‘Revolutionary Security’ in Turkey,” Eissenstat described the informal security structures that have emerged during Erdogan’s 15 years of uninterrupted rule. Noting that Erdogan is “clearly worried about another coup attempt or even his assassination,” Eissenstat draws attention to a shadowy military contractor called SADAT.

The group’s founder, Adnan Tanriverdi, a former general who was expelled from the Turkish Armed Forces for his alleged sympathy for radical Islamists, has since August 2016 doubled as a senior adviser to the president. As such, Eissenstat observed, “The relationship [between Erdogan and Tanriverdi] highlights the increased politicization of Turkey’s military and security services, and could, in a crisis, facilitate extrajudicial targeting of political enemies in the service of the state.”

But above all, he writes, “It is the willingness of many in Erdogan’s base to fight and die, to face down bullets and lie down in front of tanks, that served as the guarantor of his rule” during the night of the coup.

Some of Erdogan’s supporters allegedly wielded weapons of their own and fired bullets that night. According to figures released by the prime minister’s office in August 2016, some 36 alleged putschists were slain during their attempted takeover. Details remain sketchy but seven of them were killed on the Bosporus Bridge connecting Istanbul’s European flank to Asia. Some were rank and file soldiers who were merely obeying commanders’ orders, most notably Murat Tekin, who was studying at the Air Force Academy in Istanbul.

The 21-year-old cadet was killed during the orgy of violence that erupted on the bridge as crowds resisted the coup. Tekin’s end was captured in its full horror on cellphones and circulated via social media. His sister Mehtap Tekin has been leading a solo crusade for justice, saying her brother was innocent and like his fellow cadets had been bused to the bridge under false pretenses. An autopsy report confirmed that Tekin had died as a result of multiple stab wounds and blows. In a video that was shared by Oda TV, a critical online news portal, Mehtap said the authorities have remained indifferent to her family’s agony.

With the new decrees, she said, “It seems that my brother’s assassins will not be prosecuted … that they have been granted protection. We are all suffering horribly as a family. Murat was my only sibling.”

by Murielle KASPRZAK and Joseph SCHMID | AFP | May 26, 2022
END_OF_DOCUMENT_TOKEN_TO_BE_REPLACED