Several members of the right-wing camp have recently joined the protests against Prime Minister Benjamin Netanyahu, who is suspected of corruption. 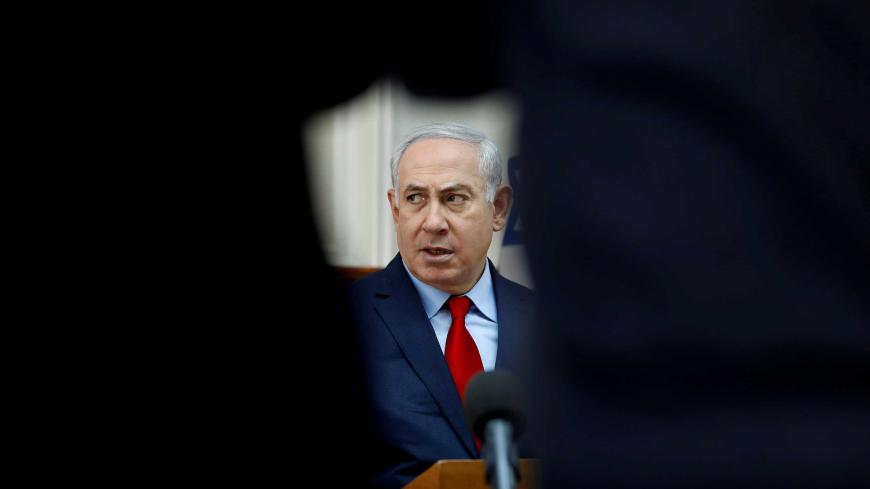 Senior members of Netanyahu’s ruling coalition thought the prime minister would name Likud Knesset member Yoav Kisch to the important post. Netanyahu was even heard saying that Kisch’s clean record would help dispel the clouds of corruption covering his Likud Party. The logic was fairly simple: Given the heavy suspicions of graft against Bitan and his alleged entanglement with loan sharks, a man such as Kisch — a former fighter pilot and a straight shooter with a pleasant manner — would instill a measure of calm and tone down the anti-corruption campaign that has emerged on the political right (in addition to the one on the political left and center).

But when the time came, Netanyahu did the opposite. He appointed Knesset member David Amsalem, a man whose record is tainted by legislative proposals designed to undermine the police in order to help Netanyahu, who is under several criminal investigations. One such proposed bill, known as the Recommendations Law, would have prevented police from publicly disclosing their recommendations on whether to prosecute targets of investigation. This is the man chosen to be the face of the Likud and the coalition it leads in the post-Bitan era. Despite the damage wrought by his media appearances to the sane wing of the Likud, this non-elegant, outspoken politician will likely be the Likud’s poster boy, at least until the next elections.

Netanyahu has undoubtedly adopted a strategic decision to continue eroding the rule of law, especially the power of the police force and its chief, Roni Alsheikh, whom Amsalem recently suggested should have his pay cut. The goal is clear: to pre-empt a likely police recommendation to indict Netanyahu (probably on charges of graft) by building up an image of the police as doing the bidding of the left and of the media in order to bring down Netanyahu and his allies. Netanyahu is casting off all pretensions of nonpartisanship, and his choice of Amsalem is the ultimate proof.

Bitan’s fall due to suspicions of criminality and the anointment of Amsalem will add fuel to the right-wing awakening against public corruption. It began bit by bit in recent weeks with a few opinion writers and journalists aligned with the religious right, who violated the taboo and started criticizing the corruption, Netanyahu, his circle and associates who are constantly in and out of interrogation rooms.

The call in a Nov. 22 op-ed in the Maariv newspaper by right-wing pundit Nadav Haetzni for Netanyahu to “go home” was the first harbinger of this trend. Haetzni wrote that Netanyahu had become a heavy liability for the nationalist camp, adding that “even someone with a stellar political career has to know when it’s time.” His column stirred up a storm, but it turned out he was not a lone voice. Since then, more and more adherents of religious Zionism have been speaking out against public corruption, even at the cost of being accused of helping the left bring down Netanyahu.

On Dec. 16, Rabbi Yuval Cherlow, head of the Orot Shaul Yeshiva, took part in the weekly anti-corruption protest on central Tel Aviv’s Rothschild Boulevard. Left-wing activist Eldad Yaniv and the former caretaker of Netanyahu’s official residence, Meni Naftali, are spearheading the demonstrations. The protests’ identification with the political left did not stop Cherlow, a highly respected ethics standard bearer on the religious right, from addressing the crowd on Rothschild Boulevard. He warned that “corruption is a strategic threat to Israeli society. Abuse of power will push the country into an abyss. … We are at risk of losing [the public’s] trust in the decision-makers.” As expected, Cherlow came in for criticism from the right, especially the Likud.

Additional initiatives have emerged since then from that same milieu. One such prominent voice is that of Yoaz Hendel, a right-wing pundit who served for a short while as an adviser to Netanyahu. In his Dec. 18 column in the widely circulated Yedioth Ahronoth newspaper, Hendel explained why he had decided to speak out against corruption and could nonetheless not participate in the Tel Aviv protests. However, he added, he would demonstrate Dec. 23 in Jerusalem’s Zion Square, dubbed “the Rothschild Boulevard of the right wing.” He wrote, “The national camp has to take a moral stand now. The fight against corruption cannot remain the domain of the ‘opposition’ and of opponents of the ‘occupation’ or of those hoping for a left-wing regime.”

For now, two Likud Knesset backbenchers have announced their participation in the upcoming Jerusalem protest. They are Oren Hazan and Yehuda Glick, media darlings perceived as oddities. Also going are two respected lawmakers from the center-right Kulanu Party of Finance Minister Moshe Kahlon: Rachel Azaria and Knesset faction leader Roy Folkman. Former Defense Minister Moshe Ya’alon, who resigned from the Likud, is cheering Hendel’s initiative and has taken to social media to call on right-wing protesters to show up at Zion Square. “It’s not a matter of right or left. The fight against corruption is not the domain of one side or another on the political map,” he said.

For now, the numbers are small. The turnout that night will serve as an indication of the power and extent of the new initiative. But the awakening on the right is already creating tensions between two camps: the Likud versus national-religious circles who are coming out against public corruption. While Netanyahu is still able to maintain his party base and command its almost total obedience, even from senior ministers and Knesset members disgusted by his behavior, opposition is rearing its head within his own camp. Netanyahu did not expect it, thinking that all he had to do in order to maintain right-wing support and deter any intentions of revolt against him would be to warn that the left and the police were agitating to unseat the right.

Another politician on the right who should be aware of the critical voices is HaBayit HaYehudi Party chairman Naftali Bennett, because the anti-corruption protest is emanating mainly from among his voters. The right-wing settlers and religious Zionism elite, including police chief Alsheikh and Attorney General Avichai Mandelblit, are the party’s own flesh and blood. Bennett will have to maneuver between his disinclination to be the one who brings down Netanyahu and his supporters’ demands that he take a moral stand. In that sense, Netanyahu should start worrying.