Now that coalition chair David Bitan has been grilled by the police in the course of their investigation into the prime minister, Benjamin Netanyahu will have to find another strongman to rein in his coalition. 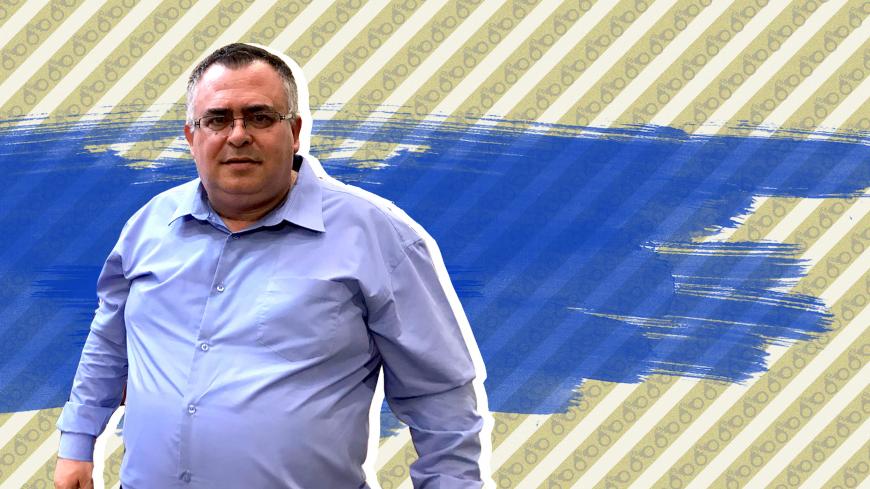 The brutish and arrogant demeanor of Knesset member and coalition chairman David Bitan personified the reckless power of the coalition and the Likud Party until Dec. 3. Bitan was Prime Minister Benjamin Netanyahu's biggest political backer, in the Knesset and TV studios alike. He offered Netanyahu a sense of quiet confidence with his high-handed oversight of legislation intended to ensure the prime minister's personal survival.

Early Sunday morning, just before he could set out on another destructive task on Netanyahu's behalf — in this case, pushing the "recommendations law" forward — Bitan was summoned to a police interview that lasted about 14 hours. It was almost midnight when he was finally released. Although he tried to relay the sense that business would continue as usual, Bitan was already a lame duck when he limped out of the interrogation room, up to his neck in serious suspicions of corruption. Bitan is expected to be interrogated again on Dec. 6. As reports of these interrogations become clearer, it is not at all certain that he will be able to continue serving as chairman of the coalition.

Bitan's interview sent shockwaves through Netanyahu's coalition, and not only because he has played such a central role in maintaining the coalition. The interrogation took place in the midst of his efforts to pass the recommendations law, also known as the "Bibi law." The law would prevent police from sharing with the prosecution whether there are grounds for indictment. The bill was intended to protect Netanyahu as the investigation into some his affairs comes to a conclusion, by preventing the police from releasing any future recommendation to indict him. This scandalous law, which easily passed its first reading last week Nov. 27, marked the demise of any remaining shame among Netanyahu and the Likud. The legislation evoked a public and political uproar, with tens of thousands of people taking to the streets of Tel Aviv on Saturday night to demonstrate against it.

Within the Likud, Knesset member Benny Begin took a bold stand in opposition to the law. He is the son of the late Prime Minister Menachem Begin, widely admired as a symbol of integrity. Although Begin was a lone voice in the Likud, his arguments opposing this piece of personalized legislation were met with attacks from Bitan, who accused him of aiding the opposition and called him "practically the 25th Knesset member of the Zionist Camp." The exchange only intensified the sense that the government is abusing its political power.

The neutralization of Bitan is not just a blow to the Likud and Netanyahu, who lost the champion he expected to complete the legislative process for him successfully. It also weakened his coalition. Knesset members from Kulanu, for instance, announced that they would vote against the current version of the bill. Within hours, it became clear that Netanyahu lacked a majority to pass it, so he withdrew. The bill was then toned down so as not to affect the current investigation into Netanyahu, but it is highly doubtful that the law will even be submitted for further consideration.

Netanyahu seems undisturbed by the hit he's taken in the media, solely concerned with damage control. Netanyahu is now busy stabilizing his coalition, concerned that things could spin out of control and lead to new elections. The first step was to distance himself from the recommendations law and the protests and buy some quiet.

Netanyahu has now turned to focusing on keeping his coalition intact. On Dec. 4, he had a long meeting with the chairman of Kulanu, Finance Minister Moshe Kahlon, who had come under harsh criticism for supporting the bill. Despite the bad blood between them, Kahlon and Netanyahu have discovered over the last few days that they need each other. Neither wants an election now, so they are working together to turn down the heat. Their long conversation included ways to move forward with the 2019 budget as a sign that the coalition is still functioning and that its leaders are interested in its continued existence.

Later in the day, Netanyahu paid a visit to Bitan's office at the Knesset, a friendly gesture to the coalition chairman, who has problems of his own now that he is under investigation. Netanyahu must realize that from now on, Bitan, his champion, will have to devote his resources to his own survival. Netanyahu will have to recruit other forces to keep his coalition intact, which could also be the reason for his lengthy meeting with Tourism Minister Yariv Levin, the former coalition chairman who was Netanyahu's right-hand man until very recently.

Netanyahu needs to get his coalition functioning again as quickly as possible. He knows that the big storm still lies ahead, since the police are expected to recommend his indictment. He also knows that once that happens, he and the entire legal system will go into a tailspin.

Meanwhile, more corruption scandals have been linked to the Likud leadership. Netanyahu, Bitan and Minister of Welfare Haim Katz are not the only ones in trouble. The state attorney's office has also ordered an investigation into the affairs of Israel's ambassador to the United Nations, Likud member Danny Danon. According to an investigative report that Channel 2 News aired last week that led to the investigation, Danon used public funds to pay for political activity from which he would benefit.

So far, Netanyahu has been able to roll with the punches and preserve the Likud's advantage. According to a poll released by Channel 2 News on Monday evening in the wake of the recommendations law tumult, the Bitan interview and the public protests, the Likud would win 24 seats and remain the biggest party if elections were held now. For the past few weeks, Yair Lapid's Yesh Atid came in as the second largest party with 22 seats, followed by the Zionist Camp with 18 seats. Netanyahu still has a big lead over Lapid and Zionist Camp leader Avi Gabbay in polls on who is most suitable to be prime minister.

Recently, Netanyahu has managed to overcome some complications in his coalition, including a crisis with the ultra-Orthodox parties over public Sabbath observance. Nevertheless, this week was a turning point for his fourth government. From this point onward, his coalition will be a lot more fragile and a lot less sure of itself.