Kulanu head and Finance Minister Moshe Kahlon is paying a price at the polls for the recommendations law, though the bill was advanced by the Likud to benefit Prime Minister Benjamin Netanyahu. 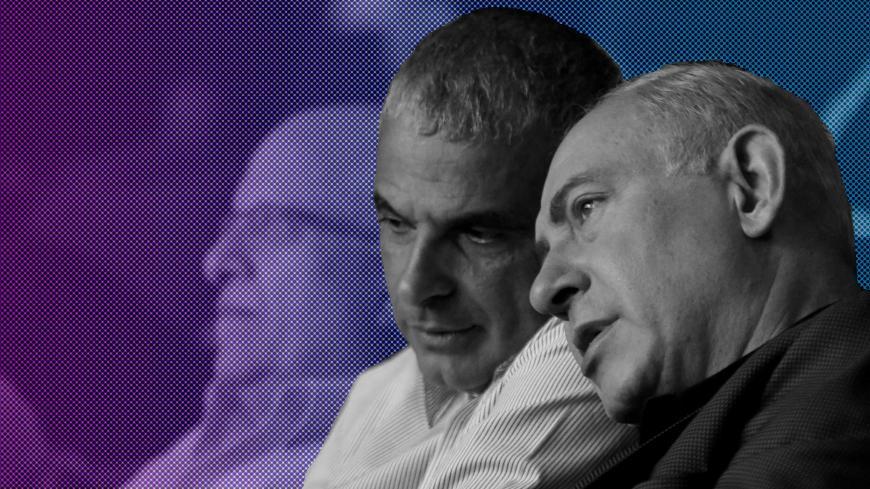 The proposal for the so-called recommendations law preventing Israel's police from recommending indictment and the ongoing police investigations into Prime Minister Benjamin Netanyahu and other Likud party seniors have raised public indignation in recent days and generated protests. The chairman of Kulanu, Finance Minister Moshe Kahlon, is sure to closely follow the demonstration against government corruption scheduled for Dec. 9 in Tel Aviv's Rabin Square.

Kahlon has reason to worry about this demonstration. Ironically, it is Kahlon who is paying a price at the polls for the proposed recommendations law, which was advanced by the Likud to help Netanyahu survive public scrutiny over the criminal investigations and is now on hold.

On Dec. 2, Kahlon still believed that the crisis surrounding the bill would not hurt him. Kahlon's party had supported the law, which was approved in the Knesset's first hearing. Kahlon was giving a relatively easy interview in the studio of Channel 10's HaMateh HaMerkazi, rejecting the accusation that he had given in and explaining that the law was not intended to benefit one individual, but a good idea he has supported for the past 15 years. But at the same time, thousands of people began gathering on Rothschild Boulevard in Tel Aviv. In less than an hour, the demonstration, called the "March of Shame" by its organizers, had drawn tens of thousands of people. There were bold signs calling for Netanyahu's arrest and imprisonment, but the protesters also vented their anger at the finance minister, who supported the law when he could have stopped it.

By the next morning, while the media was reporting on the interrogation of coalition chairman David Bitan as well as the demonstration, Kahlon began to realize how badly trapped he has become since the recommendations law became a symbol of government corruption. He tried to minimize the damage by demanding that the law wait three months to go into effect, so that it would not affect Netanyahu. At the same time, he announced that the members of his own party were free to vote according to their conscience. When HaBayit HaYehudi announced soon after that its members were also encouraged to vote as they pleased, the Knesset legislative process of three hearings before passing a law ground to a halt.

However, Kahlon's effort to minimize the damage did not succeed. A poll released by Channel 2 News Dec. 4 found that Kulanu was paying a political price for the proposed legislation. According to the poll, the Likud, which was behind the law, remains the largest party, with 24 seats, if voters chose that day, while Netanyahu remains strong in his position as the person most fit to be prime minister. The other parties also more or less maintained their numbers, but Kahlon's Kulanu lost two seats compared to a previous poll. According to this poll, if elections were held today, Kulanu would win just six seats, a loss of about 40%.

More bad news was in store for Kahlon. The Israel Institute for Democracy's Monthly Peace Index, which examines public attitudes toward major issues, offered an explanation for Kahlon's loss of seats. According to this poll, most Israelis oppose the recommendations law.

These figures could eventually threaten the integrity of the coalition in the next few months, once the police recommend Netanyahu's indictment, as they are expected to do. The organizers of the government corruption protest realize that this issue is Kahlon's weak spot, so they will continue to use his supporters to pressure him to take action and demand Netanyahu's resignation.

Kahlon, who is already paying a steep price, will have to maneuver between his desire to remain in the government as finance minister and his desire to keep his voter base intact. The young party without many seats faces a real existential dilemma, and even a political wizard like Kahlon will have a hard time surviving it.

Netanyahu is well aware that in these circumstances, Kahlon is once again the weak link in his coalition. The right is feeling at ease after President Donald Trump's statement concerning Jerusalem and with the diplomatic gridlock. The coalition crisis with the ultra-Orthodox has also been contained. The anticipated recommendation of an indictment for Netanyahu is the biggest threat facing the future of his government right now. There are no questions about the ultra-Orthodox, HaBayit HaYehudi and Yisrael Beitenu parties, all of whom are expected to provide Netanyahu with a political safety net. Kahlon, on the other hand, is considered a problem.

Given this background, the long meeting between Netanyahu and Kahlon on Dec. 5 has special significance. At the end of the meeting, it was reported that the two men discussed moving ahead with the 2019 budget. It testified to their belief that the government would last. As far as Netanyahu was concerned, it was an act of maintenance, intended to keep Kahlon close and to alleviate his fears.

Nevertheless, after last week, it is no longer clear how much control Kahlon has over his party members. Some of them showed their independence by going public with their opposition to the recommendations law and even taking it to the media. It is unclear how much Netanyahu can rely on Kahlon and his party.

Talking to Al-Monitor on condition of anonymity, a senior coalition member stated that Kahlon does not want elections now. He needs more time to substantiate and leverage his achievements in housing prices. Nevertheless, Kahlon could still be dragged into agreeing to early elections due to public pressure, "and sometimes no one can control these processes." The senior coalition member added, "If Kahlon continues to pay the price for the corruption crisis, he will be under considerable pressure, and people in situations like that tend to take extreme steps."

So far, Kahlon has managed to ignore the elephant in the room. The finance minister is busy on Facebook promoting his economic policies, his achievements in housing and his visits throughout the country. There is a slew of photos of him with soldiers with no families in Israel and an emotional response to Trump's statement regarding Jerusalem. There's not a single word on the issues that could put his political future in jeopardy: the recommendations law and the Netanyahu investigations. This strategy could work for him until the police recommend Netanyahu's indictment, but at that point public and political pressure will focus on him.