Israeli right likely to maintain support for Netanyahu if indicted

The Likud and the right-wing bloc is positioned to win the Israeli elections, and most of Prime Minister Benjamin Netanyahu’s coalition partners will agree to join him again even if he is indicted. 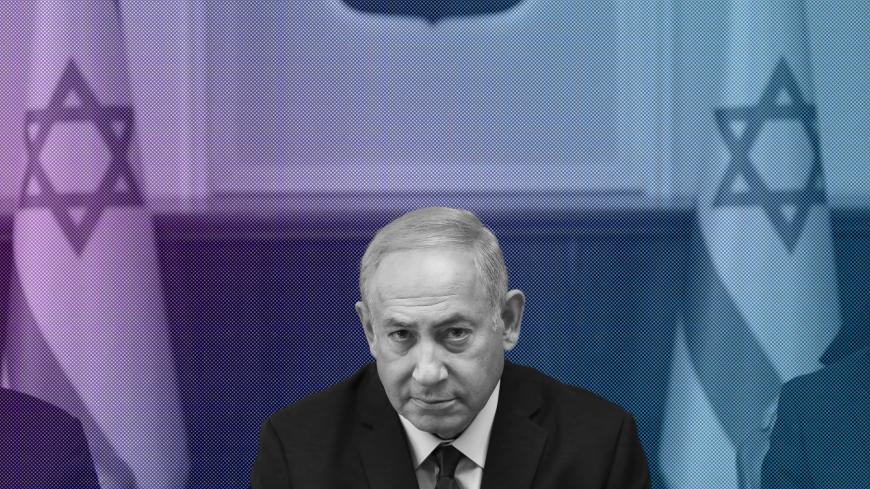 Without the cloud of suspicion and potential indictments against Prime Minister Benjamin Netanyahu, there would be no doubt that the Likud and the right-wing coalition would win the election on April 9 in a landslide and form a coalition similar to the current one, perhaps bolstered by one of the new centrist parties. But the cloud is a determining factor, and the election campaign won’t focus on security or economic issues, but rather the expected indictments.

Gayil Talshir from the Department of Political Science at Hebrew University says that it’s true that according to polls and analyses, the right-wing bloc seems guaranteed a clear majority, while the center-left bloc, including the popular former Chief of Staff Benny Gantz, pose no real threat to the coalition. Gantz merely hopes to form a bloc with the Arab parties to prevent the establishment of a right-wing coalition. Thus, according to Talshir, the question isn’t a battle between the blocs, but whether enough parties agree to join Netanyahu’s coalition while he faces prosecution. Under Israeli law, a prime minister, unlike other ministers, does not have to resign even if indicted until all potential appeals are completed.

The rest of the coalition parties declared that since the law does not require the prime minister to resign over an indictment, they would be willing to join him in a next coalition. Education Minister Naftali Bennett, who in the meantime left HaBayit HaYehudi and established the New Right party with Justice Minister Ayelet Shaked, said in a televised interview that he doesn’t agree with Kahlon. He said, “Whether you love him or not, he’s done a lot for the country. I hope it doesn’t happen. But if there’s change through elections, that’s something else entirely.”

The ultra-Orthodox party Yahadut HaTorah is a close partner of Netanyahu and its leaders have made it clear that they would stay with him even after an indictment. Some have even come out to defend him. Knesset member Uri Maklev, for instance, said, “You can’t ignore the fact that the investigation occurred in a context of political and personal persecution. The investigation was tainted the whole time.”

The position of ultra-Orthodox Mizrahi party Shas is even clearer. Its chairman, Aryeh Deri, was forced to resign from the government after he was indicted in 1993. Deri then and now opposes forced resignation due to indictment. He has also been Netanyahu’s most loyal partner in recent years. He told Al-Monitor that Netanyahu should stick to the law and resign only if — heaven forbid — convicted. Former Minister Avigdor Liberman of Yisrael Beitenu has no problem cooperating with Netanyahu despite an indictment, and he even recommended that the prime minister not resign if it happens.

Among the new parties formed recently, the most relevant as a future partner is Gesher, headed by Orly Levy-Abekasis, the daughter of Likud veteran David Levy. She has already expressed doubt over Netanyahu continuing to serve with an indictment. She said, “When the moment comes, I think it would be impossible.”

Netanyahu, who crowned himself chief strategist of his party’s election campaign, is now striving to muster as many supporters for the Likud as he can to prove that a large public — around 30 mandates, according to the polls, representing about a million voters — as well as his coalition partners trust him despite his legal situation. To do so, he turned to the public Jan. 7 in a prime-time television announcement and attacked the police, which he says did not allow him to directly challenge the state witnesses against him. Journalists were not allowed to enter the studio at his residence, and his announcement came off as more of a propaganda video aiming to damage the integrity of the investigators and recruit public support.

At least according to the polls, the right-wing-voting public indeed believes Netanyahu and his claim that the investigations have been unfair.

Netanyahu is searching for other means to escape his predicament, including pressuring Attorney General Avichai Mandelblit to postpone his announcement of any indictments and the hearing process it would precipitate. In the course of the hearings, Netanyahu and his legal team would have an opportunity to lay out their arguments against the police and prosecutors’ recommendations and to convince Mandelblit that there is no reason for criminal charges against the prime minister. If indeed Mandelblit postpones the announcement until after the elections, Netanyahu will gain some precious time. The hearing process could take months and allow Netanyahu to form a coalition in the meantime. It would also resolve the problem with Kahlon, who clarified recently in an interview with Army Radio, “I’ll say it again, if an indictment is submitted against the prime minister, following a hearing, Netanyahu could not continue to serve.”

At the same time, Netanyahu is working to bolster his potential partners and advance alliances, for instance with Eli Yishai, who left Shas for Tekumah, and HaBayit HaYehudi as well as between the ultra-Orthodox parties, to maintain the numbers needed for the vote threshold, which prevented Yishai from getting into the Knesset after the last election.

There’s another, less likely possibility — that Netanyahu could succumb to public pressure or legal demand (from the Supreme Court, for instance) and resign. In such a case, aside from Meretz and the Joint List, the rest of the parties would not reject the idea of joining a coalition headed by the Likud. Labor chair Avi Gabbay said so this week at a conference of the Kibbutz Movement. Everything would depend on Netanyahu’s replacement, whoever wins the Likud primary next month and is crowned number two on the list.