Is US counseling restraint to Saudi crown prince?

Saudi Arabia claims two "acts of war" in one week; Israel and Syria both back the Druze. 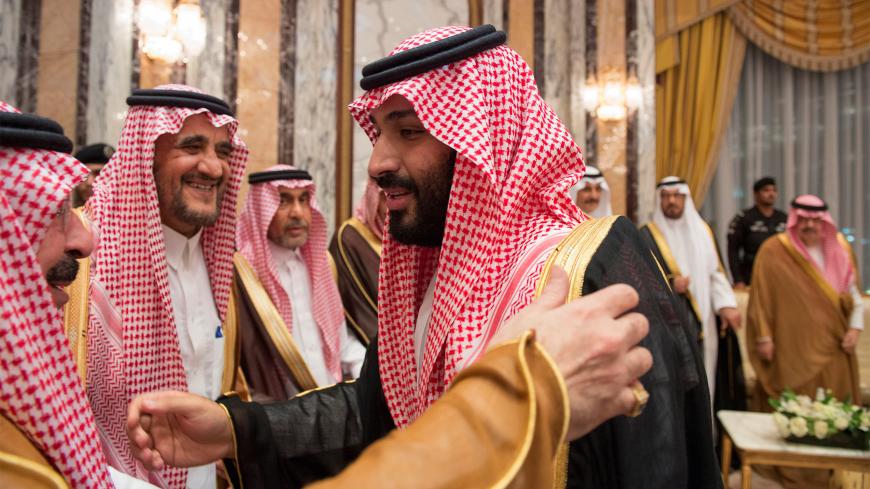 Saudi Crown Prince Mohammed bin Salman may have the impression that the United States, and perhaps Israel, has his back in his recent statements and actions, which are increasing the risk of miscalculation or conflict. Absent some clear red lines, the Trump administration may find itself on a slippery slope toward confrontation with Iran or unrest in Lebanon because of decisions made in Riyadh, not Washington.

The actions of the past week, including claims of two "acts of war" against Saudi Arabia from Yemen and Lebanon, and the arrests and asset seizures of over 200 prominent Saudi princes and businessmen, come as "the kingdom is at a crossroads," as Bruce Riedel writes. "Its economy has flatlined with low oil prices; the war in Yemen is a quagmire; the blockade of Qatar is a failure; Iranian influence is rampant in Lebanon, Syria and Iraq; and the succession is a question mark. It is the most volatile period in Saudi history in over a half-century."

Despite this volatility and checkered record, US President Donald Trump expressed "great confidence" that King Salman bin Abdul-Aziz Al Saud and the crown prince "know exactly what they are doing" when news of the purge broke. Mohammed may have been emboldened when the White House blamed Iran for the introduction of missiles, and more, in Yemen, which the United States will raise with the UN Security Council. In Lebanon, Mohammed probably hoped that Lebanese Prime Minister Saad Hariri's resignation would back the charge that the country is Hezbollah-occupied territory. Thus, the kingdom would capitalize on the Trump administration's increased focus on Hezbollah as a terrorist organization, including sanctions legislation making its way through the Congress, as Jack Detsch reports. Israel, preoccupied with Hezbollah's expanded capabilities as a result of the war in Syria, would also be a silent partner in Saudi efforts to isolate and pressure Hezbollah.

But the seemingly contrived crisis in Lebanon may have been a bridge too far, even for the Trump administration. The scripted nature of Hariri's resignation made his claims of a threat on his life ring hollow. Many believe he is being held in Riyadh against his will, along with the princes and business leaders who have also been detained. The international community did not rally around the crown prince. United Nations Secretary-General Antonio Guterres instead warned of potential "devastating consequences" if there is a new conflict in the region. French President Emmanuel Macron, who traveled to Riyadh to meet with Hariri and Mohammed, said he did not share the kingdom's "very harsh opinions of Iran."

The United States may also have stepped back from the initial claims of "great confidence" in Saudi actions. While US Secretary of State Rex Tillerson blamed Iran for much of the turmoil in the region, he said, “All the parties need to be careful about characterizing the start of yet another new war. My input would be let’s be a little more cautious about what we say.” The State Department warned of using Lebanon as a base for "proxy conflicts" that could contribute to instability.

The Trump administration should send a clear signal to the crown prince that the United States does not necessarily have his back in any and all confrontations with Iran, while urging a try at diplomacy between Tehran and Riyadh, which is essential and long overdue. The US return to the Middle East should not be at the behest of Mohammed. Without American or Israeli muscle to count on, the crown prince might think twice. Iran — by backing the Houthi rebels — reveals daily, at relatively low cost, the limits of the kingdom’s military and diplomatic capabilities in settling the conflict in the poorest country in the region, right on the Saudi border.

In regard to Lebanon, we have been writing here since 2014 about the emergence of a new "social contract" in Lebanon that aims for good governance and that considers diversity as a source of strength, not weakness. As we wrote here last year, the arrangement that led to Hariri's return as prime minister presented a "rare opportunity." It hasn't been perfect, but it has been a step forward. The Lebanese across the political spectrum aren't buying what Mohammed is selling in this crisis — a further sign that this progress continues. Hariri could revive and indeed energize his, and his country's, political fortunes by returning to Lebanon — if he is able to do so.

Ben Caspit reports, “Added to Israel's firm red line on a Syrian transfer of tiebreaking weapons to Hezbollah, the world has now learned of another no less firm boundary: Don’t touch the Druze.”

On Nov. 3, the Israel Defense Forces (IDF) announced that they were “prepared and ready to help the residents of the village [of Hader]. … It will prevent the occupation of the village or any attempts to harm it, out of a commitment to its Druze population."

“That Israel has not been sucked into the Syrian war, which has raged across its northern border for the past six years, is a first-rate strategic achievement,” Caspit explains. “Israel's government has somehow managed to remain outside the circle of bloodletting despite the frequent drizzle of mortar and artillery fire onto the Israeli side of the Golan Heights, despite the veritable War of Armageddon being fought along the border of the Golan Heights between various rebel groups, despite the reported increase in Israeli aerial attacks on arms convoys from Syria to Hezbollah, and despite at least two attempts by Hezbollah to open a second front against Israel on the Golan Heights. It did this while maintaining its capacity for deterrence on the one hand and by sticking to the red lines that it established on the other. That is no small feat.”

“The residents of Hader are loyal to the Assad regime,” Caspit continues. “The Druze constitute a small minority in many Middle Eastern states, and their strategy for survival has been simple: loyalty to the central government. The Druze in Israel have a blood alliance with the Zionist state, which considers them its most loyal citizens and its bravest soldiers. … Rebel forces, mainly from Jabhat Fatah al-Sham, the al-Qaeda affiliate formerly called Jabhat al-Nusra, attacked Hader on Nov. 3. … The public statement [by the IDF] had the desired effect. The Jabhat Fatah al-Sham assault was blocked and dispersed by local fighters, and Hader residents were able to regain control of the routes leading to the village. Tensions have since decreased, but the Golan Heights front is still seething, and the Assad regime is trying to establish control along the Israeli border.”