Saudi Arabia's uncertain future has not become any more stable with the recent removal of 11 princes from their positions in power. 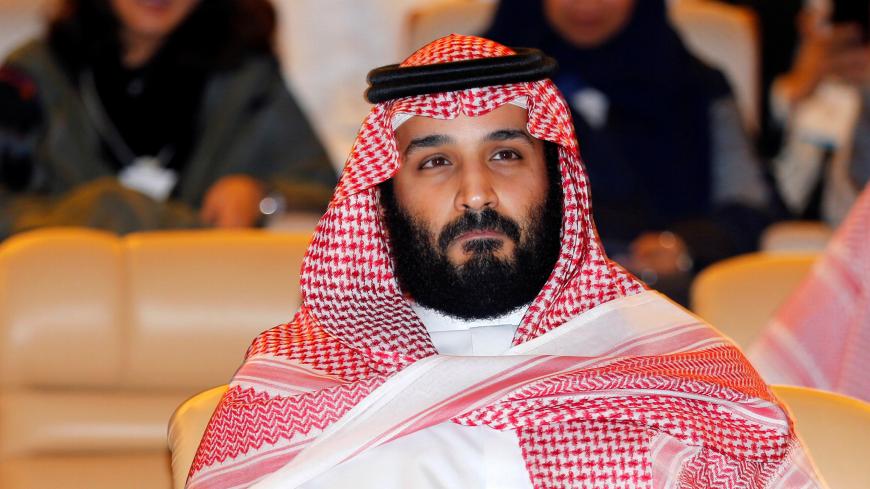 The decision by Saudi King Salman bin Abdul-Aziz Al Saud to sack Minister of National Guard Prince Mutaib bin Abdullah, the favorite son of the late King Abdullah, is intended to remove a potential powerful rival of his own favorite son, Crown Prince Mohammed bin Salman. Mutaib's ouster is the most crucial part of a large-scale wave of arrests in the kingdom that suggests deep opposition to the young prince's ambitions.

The Saudi Arabian National Guard was the creation of King Abdullah in the 1950s and 1960s. It has been the power center for the Abdullah wing of the family and the Shammar tribe for over a half-century. The National Guard was originally designed to be a counter-coup force to defend the royal family from revolutionary plots in the regular army. It is deployed in the capital and holy cities as well as along the borders. It was a crucial player in the forced abdication of King Saud in 1964 that brought Faisal to the throne, and it bore the brunt of the fighting for the recovery of the holy mosque in Mecca from religious extremists in 1979.

The National Guard also participated in the defense of the kingdom from Iraq in 1990 and the liberation of Kuwait. In 2011, it was sent across the King Fahd causeway to Bahrain to secure the survival of the Sunni minority ruling family against protesters from the Shiite majority. The National Guard is still on the island.

The 100,000-man National Guard is separate from the Royal Saudi Land Forces, the kingdom's army, which has over 200,000 soldiers and roughly 1,000 tanks. Mohammed, also the minister of defense,  is the civilian commander of the Royal Saudi Land Forces. Traditionally, it has been deployed on the kingdom's borders to defend the country from foreign enemies and to project power in the neighborhood. In 1991, it participated in the battle of Khafji, repelling the Iraqis, and then in the liberation of Kuwait.

Royal Saudi Land Forces troops were involved in border clashes with Houthi rebels in Yemen in 2009-10. The Saudis did not fare well in the clashes and had considerable casualties. Gradually, the Houthis consolidated their control of the border region and northern Yemen.

The two armies are very expensive. There is no authoritative breakdown of defense spending by service, but the majority of military personnel are in the Royal Saudi Land Forces and the National Guard. Both are very well-equipped. The National Guard is completing the purchase of 24 Apache helicopter gunships bought from the United States in 2010, for example, which will increase the force's firepower.

Saudi defense spending in 2015 was $87 billion, according to the Stockholm International Peace Research Institute; this was the third highest in the world and larger than any of our NATO partners or Russia. Per capita spending is $6,900 a year, a phenomenal amount for a nation of only 20 million Saudi nationals.

Mutaib and the National Guard represent a potential alternative power center to the crown prince. By sacking Abdullah's son, the king and crown prince are further consolidating power in their own hands. Earlier, they ousted former Crown Prince Mohammed bin Nayef, who was also minister of the interior, the third leg of the national security apparatus of the kingdom.

The determination to consolidate power in the hands of the crown prince suggests both ambition and anxiety. The young prince is a man in a hurry with a sweeping vision of transforming his country. Just last month he announced plans to build a new city in the kingdom's northwest, to be called NEOM, and financed by $500 billion in investment. His Saudi Vision 2030 is the most expansive program for change in the country's history.

But Mohammed bin Salman is also aware that his rise to power has alienated many in the royal family who have been sidelined. The forced ouster of Mohammed bin Nayef was done ham-handedly, with little respect or honor for the long years of loyal service he had provided in fighting terrorism. Since his removal, Nayef has yet to be seen in public or speak about his dismissal.

Knowledgeable observers of Saudi internal politics point to the many arrests of prominent clerics and intellectuals this summer as a sign of tensions inside the kingdom. There is no guarantee that if Mohammed bin Salman's father dies or abdicates that the succession will be smooth. The latest round of arrests only reinforces the sense that the succession debate is more difficult than the king and his son want. The crown prince is now in charge of an anti-corruption task force that looks more like a means to punish his opponents than anything else. Eleven princes have been detained, and the number of royals under suspicion is unprecedented.

The kingdom is at a crossroads: Its economy has flatlined with low oil prices; the war in Yemen is a quagmire; the blockade of Qatar is a failure; Iranian influence is rampant in Lebanon, Syria and Iraq; and the succession is a question mark. It is the most volatile period in Saudi history in over a half-century.