The influential, yet polarizing, Mohammed bin Salman still relies on his father King Salman's legitimacy and credentials as the country faces challenges at home and abroad. 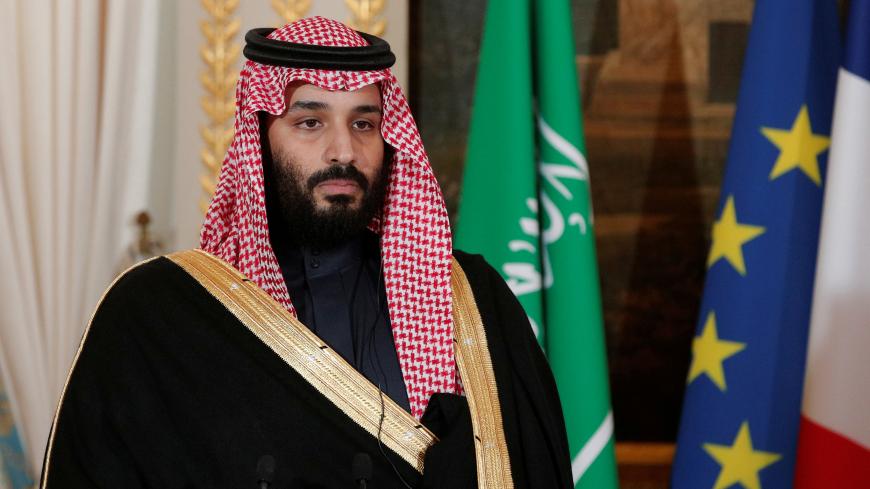 A year after King Salman bin Abdul-Aziz Al Saud made his son Mohammed bin Salman crown prince, the 32-year-old remains dependent on his father’s legitimacy and credentials to be the heir apparent. Prince Mohammed has polarized the House of Saud more than any figure in more than half a century.

Last summer, the king removed Prince Mohammed bin Nayef from the No. 2 position in the kingdom with no explanation and elevated his son. Nayef had successfully defeated al-Qaeda in Saudi Arabia, foiled terrorist attacks in the United States and Europe, and survived numerous al-Qaeda assassination attempts. Since his removal from the line of succession, he has been under house detention and all of his communications are being monitored. He has little access to outsiders, and his bank accounts were frozen last November.

The Nayef wing of the Saudi royal family has dominated the Ministry of the Interior since the 1970s. It’s an enormous bureaucracy filled with people who owe their jobs to the Nayef clan. Security sources say its morale has declined since he was removed.

Numerous sources have now confirmed that another senior prince has been under detention since last fall’s wave of arrests of senior officials from the royal family and other prominent families in the kingdom. Most of those arrested were never charged with any crimes and were released only after paying extortion money.

Prince Turki bin Abdullah is the seventh son of the late King Abdullah. No charges have been filed, and he has been denied access to legal counseling. He is allowed only brief phone calls to immediate family. His former chief of staff, Maj. Gen. Ali al-Khatani, was reportedly tortured to death. Turki’s cousin has also just been arrested.

Turki was born in 1971. He became a pilot in the Royal Saudi Air Force and was promoted to squadron commander. His father made him deputy governor of Riyadh province and then governor in 2014. He built the Riyadh metro. The Riyadh governorate is the most important in the kingdom because most royals live in it. The governor has access to all the dirt on the royal family — a source of huge power. Prince Salman was governor for 50 years before becoming crown prince.

Turki’s detention is producing tension in the family. The king’s half brothers, Ahmed and Muqrin, have privately urged for the release of Turki. They were rebuffed, which is very unusual in the House of Saud. Turki is the most senior royal still in prison. His brother Miteb bin Abdullah was arrested last November but released later after paying up. He had been the Saudi National Guard commander — the post his father had held since the 1960s. Turki is the CEO of the King Abdullah Foundation, which is worth $20 billion.

The Ministry of the Interior and the Saudi Arabian National Guard are the two most powerful security institutions in the kingdom. Indeed, they have no rivals. Both are the critical power brokers in the capital and the holy cities. They control the guns that matter in Saudi Arabia. Among the others still under detention is a prominent member of the bin Laden family and Prince Mohammed's former economic adviser.

The only precedent for such a family struggle in the modern history of the kingdom was in the 1950s and 1960s. Then, King Saud — the successor to the founder of the modern kingdom, Abdul Aziz Al Saud — alienated his brothers with his corruption and malfeasance. In 1958, Saud had been on the throne for five years when Egypt’s charismatic President Gamal Abdel Nasser exposed Saud’s role in a botched attempt to assassinate Nasser. Using the humiliation as a tipping point, Saud was stripped of all his powers by his brother Crown Prince Faisal but not forced to abdicate. Five years of family struggle then ensued before Saud was finally sent into exile and Faisal became king.

Today the family is divided deeply. As long as King Salman is on the throne, the chance of an inside-the-family coup is unlikely. Salman has legitimacy. He is also not brain dead or incapacitated. He is more involved and important than the Western media suggests. He gives his son “air cover,” as one senior official told me. If he lives another decade, a lot may change. If he died tonight, all bets are off.

Assassination is also a possibility. Faisal was assassinated. There are numerous reports that the crown prince was the target of an assassination attempt in April. He was out of the public eye for almost a month afterward. The whole episode is mysterious but points to the state of uncertainty in the kingdom. The crown prince is said to be obsessed with his security.

The crown prince’s signature foreign policy initiative is the war in Yemen. The Saudis and their allies are hoping that the battle for the key Yemeni port of Hodeidah will break the 3½-year-old stalemate in the war. Saudi Arabia's Operation Golden Victory in Yemen is a desperate attempt to get out of a quagmire that is costing Saudi Arabia a fortune, has put millions of Yemenis on the edge of starvation and benefits Iran, Saudi Arabia's main rival.

Ironically, it was another war in Yemen 55 years ago that was the last straw in King Saud’s undoing. Faisal used Nasser’s 1962 intervention in Yemen to oust Saud for good and consolidate his own power. Saud flew off to exile in Cairo and Athens, never to return to the kingdom.