Rift between Israel, US Jews deepens 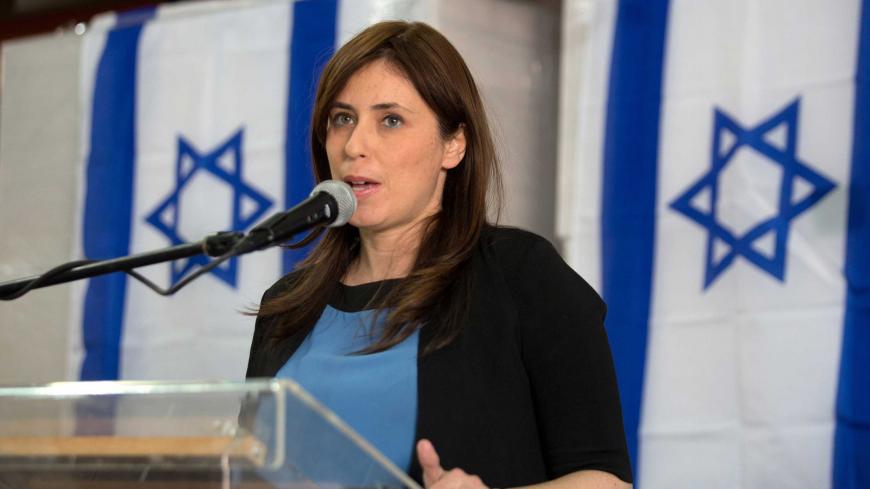 The ongoing and escalating crisis in relations between Israel and American Jewry since the cancellation of the Western Wall compromise in June had not managed to penetrate public and media discourse in Israel until the uproar raised by Deputy Foreign Minister Tzipi Hotovely on Nov. 22 following one damaging and ignorant interview. Hotovely’s words in the interview can be likened to another “terrorist attack” on relations between Israel and American Jewry — and thanks to them, the great drama experienced by diaspora Jewry has finally reached the top of the media and political agenda in Israel.

Hotovely was interviewed in English by the I24 NEWS network and said, among other things, that most American Jews don’t understand Israel since they “never send their children to fight for their country … most of the Jews don’t have children who serve as soldiers, going to the Marines, going to Afghanistan or to Iraq.” She added, “Most of them are having quite convenient lives. They don’t feel how it feels to be attacked by rockets, and I think part of it is to actually experience what Israel is dealing with on a daily basis.”

The deputy foreign minister’s insults of American Jews were quoted everywhere, like wildfire. Prime Minister Benjamin Netanyahu immediately understood the potential for damage and issued a special announcement where he renounced and denounced her statements. Netanyahu, who also serves as foreign minister, clarified that “diaspora Jews are dear to us and are an inseparable part of our people. There’s no room for such attacks, and these comments do not represent Israel's position.”

Later, in order to amplify the effect of his statement, Netanyahu’s circle spread the word that he is considering firing her. Hotovely hasn’t been fired, but Netanyahu has used her imbroglio to appease American Jewry. Since Netanyahu gave in to the ultra-Orthodox by canceling the Western Wall compromise of creating a separate space at the wall for progressive Judaism streams to pray, many within American Jewry see him as responsible for causing immense damage to the ties between Israel and diaspora Jewry.

Anyone who has visited Jewish communities in the United States in recent months has been exposed to the extent of the crisis. While most of the Israeli public, certainly the secular public, received the cancellation of the Western Wall compromise with apathy and indifference, for American Jews this was a real shock that shook the foundations on which relations with them are based.

Many American Jews, including those who didn’t serve in the Israel Defense Forces (IDF) and whose children and grandchildren don’t serve in the army, hold a Zionist worldview and admire the IDF. Thus, they feel frustrated that the extent of the pain they experience is not recognized in Israel. That is, until Nov. 22, when Hotovely disparaged them, was condescending to them and also displayed her ignorance.

The Hotovely controversy also provided a tailwind to an Israeli organization. A group of veteran soldiers, which includes veterans who liberated Jerusalem in the 1967 Six-Day War, has been waging recently a public battle against the cancellation of the Western Wall agreement. For a month now, the group has been working to draw the public to their cause, without great success. Israelis, as mentioned above, have not connected to the sense of disaster felt by American Jews at the cancellation of the Western Wall compromise.

On Nov. 22, even before the Hotovely uproar broke out, the group distributed a petition on social networks. “We are soldiers and officers who fought in Jerusalem and the area of the Western Wall in the Six-Day War. We have decided to join the fight to restore the Western Wall to all men and women of the Jewish people in Israel and the world,” they wrote. “We are angry and frustrated that the management of the national Jewish site of all the Jewish people has been given solely to the ultra-Orthodox. … The Western Wall is a site of prayer and national Jewish communion that belongs to all of the people of Israel and the Jewish people in the diaspora. We believe every Jewish man and woman must have the right to pray and commune at the Western Wall in his or her own way. … The government’s treatment of millions of Jews from the diaspora hurts them, their sense of partnership with the State of Israel and our national resilience.”

Hotovely’s interview brought home the group's message to the Israeli public and reminded Israelis that the Western Wall is not the property of the ultra-Orthodox but the symbol of the Jewish people in Israel and the diaspora.

On Nov. 23, the crisis with American Jewry and its reasons and implications were a hot topic on all the news broadcasts in Israel and led the conversation on social media as well. The main media outlets interviewed one leader of the American Jewish community after another. American Jews suddenly have been given a stage and have become sought-after interviewees.

These included, for instance, Rabbi Rick Jacobs, the president of the Reform Movement in the United States, who was interviewed on Channel 10 and IDF radio. He called on the prime minister to fire the deputy foreign minister and said he was surprised at the ignorance expressed by Hotovely, who didn’t seem aware of the extent to which American Jews serve in the American military. Jacobs stung the religious deputy minister and said that in Israel half of the population doesn’t serve in the army, including the ultra-Orthodox.

On Nov. 18, a few days before the Hotovely controversy, Gidi Grinstein — the director of the Reut Group, which tackles challenges faced by Israel and the Jewish people — met in New York with a delegation of Israeli journalists and mayors who came to a series of meetings with the heads of the American Jewish community. Grinstein sounded emotional and afraid in light of what he defined as a crisis that hurts the national security of the State of Israel, and he meant in particular the events surrounding the Western Wall compromise. To some of those present he seemed to be exaggerating in his description of the crisis at times, but on Nov. 22, as the deputy foreign minister’s hurtful words were disseminated everywhere, it became clear that diaspora Jewry indeed has reason to worry.