Netanyahu must choose between ultra-Orthodox and US Jews

Jewish leaders from the United States and France made it clear to Prime Minister Benjamin Netanyahu: You must choose between a coalition alliance with the ultra-Orthodox or the strategic alliance of Israel with world Jewry. 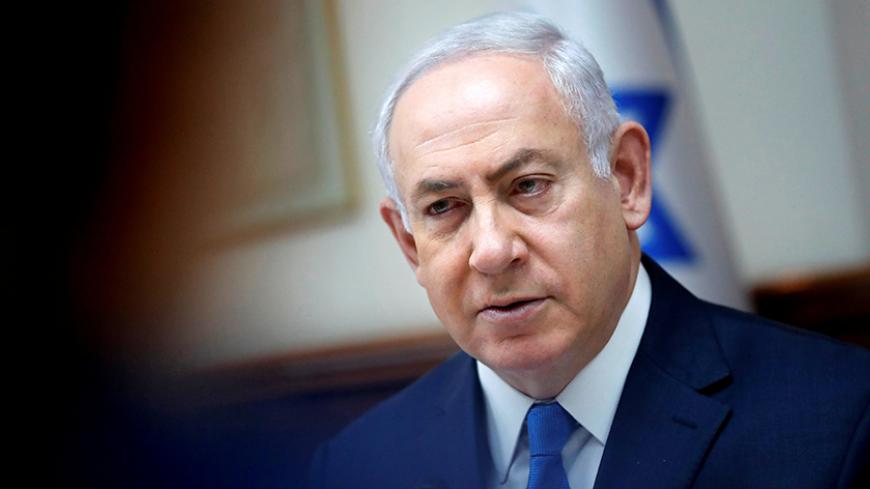 Prime Minister Benjamin Netanyahu was forced to beat a hasty retreat from the Conversion Law (rejecting Reform and Conservative conversions) after it was passed by the Ministerial Committee for Legislation on June 26. At a tense meeting with the leaders of the coalition parties on June 30, Netanyahu announced that he was putting the law on hold for six months and forming a committee to study it further. The ultra-Orthodox ministers stormed out of the meeting but later reached an agreement with the prime minister. But the affair is far from being over; Netanyahu will yet hear from them. It is safe to assume that the suspension of the Western Wall compromise, which provided non-Orthodox Jews with a separate prayer space along the southern part of the Western Wall, will be reconsidered now, too.

As a result of these two decisions, the Israeli government was inundated last week by a Jewish tsunami that no one could have anticipated. It involved everyone from the American Israel Public Affairs Committee (AIPAC) to the Jewish Federations of North America to the Conference of Presidents of Major Jewish Organizations to heads of various communities and denominations. Jews around the world were up in arms. They lambasted Netanyahu and his right-wing-Orthodox and ultra-Orthodox coalition and set boundaries for it.

On June 29, the leaders of AIPAC, Washington's powerful pro-Israel lobby, arrived in Israel on an urgent flight from the United States. Its outgoing President Lillian Pinkus, its incoming President Mort Fridman, and deputy directors Richard Fishman and Cameron Brown held a series of tough meetings with various ministers and eventually with the prime minister himself. Their message was clear and succinct: Suspending the Western Wall compromise and passing the Conversion Law constitutes a bill of divorce that Israel is handing to the Jewish communities of North America. What they were effectively telling Israel was this: You're not only harming the Reform and Conservative communities, you are also damaging your alliance with diaspora Jewry as a whole and, indirectly, you are putting Israel's interests in Washington at risk. This decision can even impact the US sale of F-35 jets to Israel and other strategic issues.

AIPAC is Israel's "Iron Dome" in Washington's corridors of power, but now AIPAC's leaders made it clear to the Israelis that this protective dome is in danger. "Activists, donors and chapter heads have been calling us en masse since the beginning of the week," one AIPAC member told Al-Monitor on condition of anonymity. "They want to quit. They are bitter. No one will continue to work on behalf of Israel if it continues along this path and cuts itself off from the international Jewish community."

AIPAC is a disciplined lobby. It is hard to remember the last time it opposed the position of a serving Israeli government. No more. By choosing to appease the ultra-Orthodox Knesset members in the coalition rather than advancing the integrity and unity of the Jewish people, they set off a nuclear explosion that reached across the length and breadth of America. Similar criticism could also be heard from the sizable Jewish community of France and from other places, too. Netanyahu realized that this time he had gone too far, but it was already too late.

The revolt expanded inwardly, too. Israeli ambassadors and diplomats across North America sent a series of urgent messages and memos to Jerusalem, explicitly warning about a real existential crisis facing Israel's relationship with their Jewish communities as a result of this new policy. One night at the end of June, Jonathan Schachter, the foreign policy adviser to the prime minister, held a conference call with all of Israel's diplomatic representatives in North America. When asked by one diplomat what to tell the leaders of the local Jewish communities, he said that they should explain to them that the people truly responsible for the crisis and ensuing rift are the "denominations," or, in other words, the Reform and Conservative communities, which do not understand the constraints under which the Israeli government operates. He then went on to say that they are blowing the story out of proportion.

Israel's diplomatic staff was shocked. A few of them refused to state this as a new policy and demanded instructions in writing. "It is simply unbelievable that after two such decisions, we are being asked to place the onus of responsibility on the denominations here in the US. Someone doesn't understand how much damage this is causing to the very fabric of the strategic relationship between Israel and diaspora Jewry," one veteran Israeli diplomat told Al-Monitor on the condition of anonymity.

On the night of June 29-30, Netanyahu's foreign policy adviser had another conference call, this time with the heads of the Conference of Presidents of Major Jewish Organizations of North America. It was no less difficult — perhaps even more difficult — than the previous call. Schachter was forced to spend an hour listening to complaints from the heads of large Jewish organizations. An Israeli diplomatic source told Al-Monitor on condition of anonymity that Schachter tried explaining that "the prime minister is working on behalf of Jewish unity," but was met with a long, cold shower of reproachful and angry tirades. "He's doing the exact opposite," said one of the participants, at least according to one political source speaking on condition of anonymity. "The prime minister is doing everything to sow discord and tear apart the Jewish people."

Other remarks, according to the political source, included: "You're deceiving Israelis. … You're lucky that they don’t really understand exactly what this is all about. … Once they do understand that, and you demand that they stop driving on the Sabbath, it will already be too late." Then there was this: "The Conversion Law will result in a rift and tear the Jewish people apart. … The fact that you are incapable of standing by an agreement reached by the government concerning our right to pray at the Western Wall is simply shocking." A representative of the United Jewish Appeal threatened, "We will not only suspend our events. We will also stop inviting Israeli representatives to participate in them and address us." Another representative added, "Since the days of [Israel’s first Prime Minister] Ben Gurion, there has never been such a callous intrusion by religion into the life of the state." A representative of the Jewish Federations of North America remarked, "The Conversion Law and suspending the Western Wall compromise are very serious incidents. People call us about them incessantly. The overall feeling is one of betrayal and the abandonment of American Jewry. Netanyahu’s statements about how he is committed to preserving the unity of the Jewish people are barely lip service."

Netanyahu was forced to stop and come up with a new path. His own defense minister, Avigdor Liberman, is virulently opposed to these moves. Even ministers Naftali Bennett and Ayelet Shaked of national-religious HaBayit HaYehudi have expressed reservations about the recent moves, though they are under heavy pressure from the ultra-Orthodox and have little room to maneuver. Responsibility falls squarely on Netanyahu's shoulders.

Netanyahu was a little confused by Donald Trump's victory against all odds in the US election, despite liberal Jews' support for Hillary Clinton. He is now being forced to learn the hard way that even a Trump Republican government in power in Washington cannot change the fact that the vast majority of American Jews, whether Reform or Conservative, are liberals. Yes, they have a deep commitment to Israel, but it must not be taken for granted. Netanyahu will now be forced to choose between an alliance with them and his alliance with the ultra-Orthodox.