Israeli Prime Minister Benjamin Netanyahu has made his choice of siding with the ultra-Orthodox against US Reform and Conservative Jews. 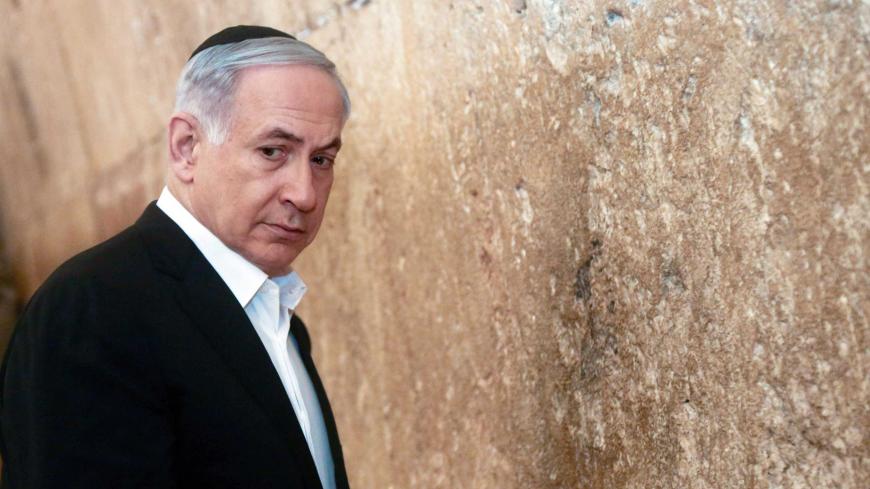 An expanded, seven-judge panel of the Israeli Supreme Court convened Jan. 14 for a lengthy session on a contested issue tearing the Jewish people apart. Headed by Chief Justice Esther Hayut, the panel heard arguments in a suit brought by Reform and Conservative Jewish groups against the State of Israel, demanding that it implement the Western Wall outline.

The outline, a compromise, was first brought before the Cabinet in January 2016 and was approved by a large majority of ministers. Prime Minister Benjamin Netanyahu, under pressure from his ultra-Orthodox coalition partners, reneged on the agreement soon thereafter. The outline allows the creation of an egalitarian prayer area adjacent to the Western Wall — considered the holiest site for the Jewish people. Representatives of the Reform and Conservative movements will participate in managing the space, in which both genders could pray according to rituals of progressive Judaism.

While the outline has been put on hold, that is only the start of matters. The issue is driving a wedge between most American Jews, who identify with the Reform and Conservative denominations, and the State of Israel, which willingly submits to Orthodox Judaism by granting it an absolute monopoly over all matters pertaining to religion in Israel, including management of the Western Wall. The Western Wall is, in fact, at the forefront of this struggle, but the issues at stake are much larger.

Under Netanyahu, Israel has been distancing itself from most of world Jewry, much of which is concentrated in the United States. The crisis — pitting Israel against the Reform and Conservative communities, which make up the overwhelming majority of the estimated 5.5 million Jews living in the United States — is no longer a cosmetic issue, nor is it reversible. In private talks with diplomats and other officials, Netanyahu has already “given up” on American Jewry in its current state. He prefers his ultra-Orthodox coalition partners, who consider Reform Jews to be gentiles or worse.

Netanyahu believes that most Reform and Conservative Jews will vanish within a generation due to high rates of intermarriage and assimilation. As such, he concludes, Israel does not need to invest efforts trying to foster ties with them. After all, they will disappear in the long term, if not sooner. This attitude is infuriating to the leadership of the American Jewish community and to prominent Reform rabbis.

The issue is not just the Western Wall. Israel does not recognize these communities or even their branches in Israel. It does not recognize conversions performed by rabbis affiliated with these denominations and turns a cold shoulder to most American Jews, even though they constitute the backbone of such important Jewish groups as the pro-Israel lobbying group AIPAC, the Conference of Presidents, and so on.

After putting the Western Wall compromise on hold, Netanyahu told American journalists last September that the Conservative and Reform movements wanted recognition “via the backdoor, secretly, under the pretext of a technical clause of joint administration of the Western Wall.” This infuriated Reform and Conservative leaders. They couldn't believe what they were hearing.

Yet it was Netanyahu himself who had promoted the Western Wall compromise less than two years earlier. He brought it before the government through his (Orthodox) Cabinet Secretary Avichai Mandelblit. Its approval was a milestone in the struggle of Reform and Conservative Jewry for recognition. Prominent American rabbis are now charging that Netanyahu has reneged on the deal. They say that he has been casting false aspersions on them as part of a larger campaign of incitement waged against them by leaders of the Orthodox community.

“There has never been a crisis like this between us and Israel,” Rabbi Ammiel Hirsch, the head of the Stephen Wise Free Synagogue on Manhattan's Upper West Side, told Al-Monitor. “We feel betrayed. Never before have Reform and Conservative leaders refused to meet with an Israeli prime minister during a visit to the United States. Yet that is exactly what happened this time.” Hirsch was referring to Netanyahu's visit to New York in September 2017. “As much as I regret it,” Hirsch continued, “the situation is irreversible.”

Reform and Conservative Jews make up a large part of the pro-Israel activists involved in Jewish organizations in New York. They also contribute enormous sums to Israeli projects and fill the ranks of the powerful AIPAC in Washington. On the other hand, political sources claim that behind closed doors, Netanyahu says that he relies more on the Evangelical Christian community, whose support for Israel has no less of an impact on the administration. In contrast, as noted, he believes that Reform and Conservative Jews will soon disappear. Besides, so many of them have liberal or left-leaning views or both.

Netanyahu's approach — favoring narrow coalition interests over national considerations — is driving the leadership of the American Jewish community out of its mind. The lawsuit that they brought before the Supreme Court is just the most recent measure they are taking against the Israeli government, which is trying to exclude them from the roster of the Jewish people.

The expanded panel of Supreme Court justices discussed the matter last Sunday for almost five hours. During that time, they watched videos showing how prayer services led by the Women of the Wall were interrupted, sometimes violently, and how infrastructure work is being done to conceal the area surrounding Robinson's Arch, where Reform and Conservative Jews and the Women of the Wall now pray.

These videos left a deep impression on the judges. They wanted to understand what practical motives the government had in June 2017 when it put the outline on hold. After all, it was the same government that had approved it in the first place, just a year and a half earlier.

The court has not yet issued a ruling, but despite the judges' deliberations, it is already obvious to everyone that the matter will not be resolved by the judiciary. The issue runs too deep. The underlying principles are too volatile for a decision made by a panel of judges to close the divide. As long as Israel's ultra-Orthodox parties hold the balance of power in Israel, the prime minister has no chance of implementing any real concessions on behalf of the vast majority of world Jewry. It doesn’t matter to them that these Jews are now excluded from any discourse on Judaism taking place in Israel.

American Jewry has been steadily moving in the opposite direction of the State of Israel. While American Jews are largely secular and liberal, with a left-leaning worldview, Israel is becoming much more religious and moving further to the right. As Israel approaches the 70th anniversary of its independence, it looks like these two opposing landmasses are fast reaching the point of a major rupture. Netanyahu may not be particularly concerned about the strategic menace this poses, but many others in Israel certainly are.