Progressive Jews believe Western Wall Rabbi Shmuel Rabinowitz is preventing them from obtaining an egalitarian prayer space, but for the ultra-Orthodox, Rabinowitz is too much of a compromiser. 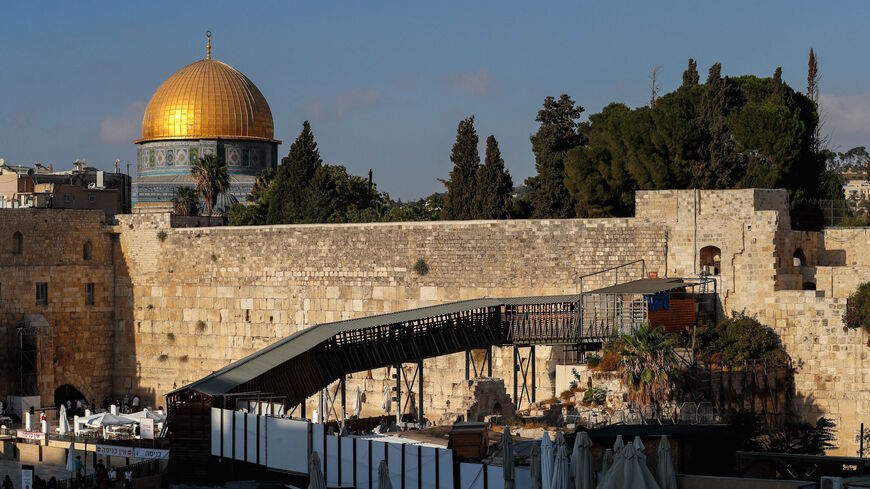 The Western Wall compromise, designed to create an egalitarian prayer space, has been disputed in Israel for years, with the ultra-Orthodox parties rejecting the plan. The Bennett government has declared its intention to push the plan forward, but now it seems that even within the government, there are voices rising against it.

Minister for Religious Affairs Matan Kahana said last week, “I don’t think it’s right to give over control of parts of the Western Wall to streams that don’t represent the vast majority of Jews in Israel. I don’t necessarily support this framework. It must be studied, to see how we resolve the [religious] wars” surrounding the Western Wall.

Transportation Minister Merav Michaeli of the Israeli Labor presents things differently. “The Western wall compromise truly is a compromise, it’s not what I want to see completely, but it’s a compromise we must push forward. We are working on a resolution that we hope to pass in the government,” she said on Nov. 21.

Diaspora Affairs Minister Nachman Shai, who has been leading this agenda within the cabinet, said already last month that the government leadership, including Prime Minister Naftali Bennett and other senior ministers, back the Western Wall plan. He also said the plan would be approved after the state budget was passed.

Ultra-Orthodox believe that the struggle over the plan demonstrates the disconnection from Judaism of most of those seeking to advance the compromise. For them, the current situation at the Western Wall should set an example of how all parts of the Jewish people could feel connected to the site.

At the center of the storm is Rabbi Shmuel Rabinowitz, rabbi of the Western Wall and the Holy Sites. Rabinowitz believes he is trying to protect the Western Wall's sanctity. But representatives of progressive Judaism groups have claimed recently that he is not taking responsibility for their safety at the site.

The ultra-Orthodox, however, consider Rabinowitz a compromiser, because he was the one who had shaped the current status quo at the Western Wall.

Rabinowitz has served as the rabbi of the Western Wall for nearly 20 years, and has helped it become a site of connection and identity for all the Jewish people, instead of only a site for prayer. He was one of the people behind the creation of an impressive visitors center. He developed tourism initiatives and the Chain of the Generations Center near the Western Wall Plaza. He was helped create the “Road to Jerusalem” initiative, which enables any Jew to find the path his/her family took since they were exiled from Jerusalem. In general, he has worked to connect even those who had no previous emotional connection to the Western Wall.

Today, masses of youth, including young people who are sometimes far from religious, visit the Western Wall. It has been made more accessible through a website that allows one to send a note online, as well as watch the plaza through a live cam. Also, Rabinowitz personally accompanies any VIP who visits the Western Wall, from presidents and prime ministers to soccer players. Thanks to him, the idea has crept into the Israeli and Jewish subconscious that a visit to the Western Wall is a must for any Jew who visits or lives in Israel (yes, there are many Israeli youths who declare that they have never visited the Western Wall).

These moves haven’t necessarily pleased the ultra-Orthodox, with whom Rabinowitz identifies. Many believe the Western Wall should only be used as a synagogue, and don’t like that it has turned into a tourist destination and a site for official IDF ceremonies. They claim Rabinowitz seeks to advance the image of the Western Wall at the expense of its sanctity, and their messages are not always conveyed respectfully, to say the least.

To see how the Western Wall has transformed under the auspices of Rabinowitz, we should compare it to another site that draws hundreds of thousands of Jews from all over the world — the tomb of Rabbi Shimon bar Yohai at Mount Meiron in the Galilee, which the state has also sought to regulate. But all the efforts and plans came to nothing, after ultra-Orthodox elements were concerned that the site would become a “tourism destination.”

But with no state regulation and several religious groups running the site, all witnessed the painful results at the last Lag Ba-Omer celebration, when the worst civic disaster in Israel’s history took the lives of 45 worshippers who were trampled by the crowd. The stampede is still under investigation.

In his role as rabbi of the holy sites, Rabinowitz was a member of the Committee of Five that tried to regulate Mount Meiron and turn it into an acceptable and accessible place for all Jewish people. But unlike the Western Wall, at Meiron his efforts were blocked by ultra-Orthodox extremist groups.