Are Israel, Saudi Arabia about to upgrade relations? 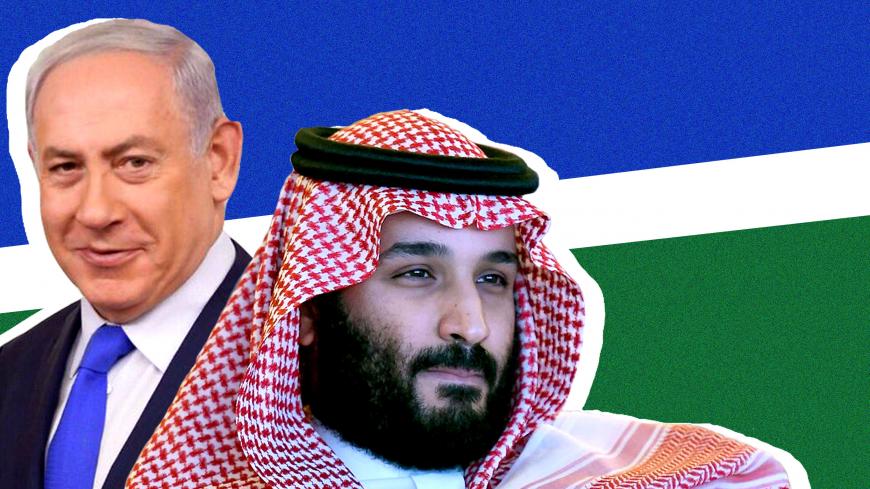 The surprising interview that Israel Defense Forces (IDF) Chief of Staff Gadi Eizenkot gave to the Saudi news site Elaph was published on Nov. 16, just a few days before the 40th anniversary of Egyptian President Anwar Sadat's historic visit to Jerusalem. While it is hard to compare these two events, some people in Israel see a kind of connection between them.

Sadat shocked the Middle East and the entire world when he announced in 1977, without any prior warning, that he was prepared to board a plane to Jerusalem and address the Knesset, if that would lead to a historic peace agreement between Egypt and Israel. The current interview, which was the first of its kind between an Israeli chief of staff and a Saudi news site, might indicate that the romance between Israel and Saudi Arabia may finally go public, after taking place behind the scenes for a long time. There will be no historic peace agreement here (for the moment), but there may be a kind of normalization on a low burner. Maybe.

What happened with Sadat was much more dramatic. After declaring that he received an official invitation to visit the Israeli capital, the Egyptian president got on a plane and was received by an honor guard at Ben Gurion Airport. He addressed the Knesset the very next day, and two years later, signed a historic peace treaty with the leader of the Israeli right, Prime Minister Menachem Begin.

It was hard at first. Not everyone in Israel believed the Egyptian president's remarkable statement. The chief of staff at the time, Mordechai Gur, warned that it was all a ruse and that Sadat would not be stepping out of the plane when it landed in Ben Gurion Airport. He thought PLO leader Yasser Arafat would step out instead, even though Israel had been boycotting him at the time. Others suspected that Egyptian commandos would burst from the plane and open fire on all the dignitaries who were waiting for Sadat on the runway. The people who thought this were set in their ways. They did not understand the new mood pulsating around the brave Egyptian president. Sadat was serious, and luckily, he found a partner who was no less serious in the person of Menachem Begin. Peace between the two countries may still be tense and cold. It may not include the peoples themselves. Nevertheless, it has withstood the test of time for close to 40 years.

Historic peace between Israel and Saudi Arabia is not about to break out anytime soon. On the other hand, Israel is an unofficial member of the Sunni alliance led by young Saudi Crown Prince Mohammed bin Salman. For the past two years, he has been setting the Middle East on fire with a series of audacious moves.

The covert relationship that Israel has with Saudi Arabia and the Gulf states is no longer a secret. Talking to Al-Monitor on condition of anonymity, a senior source in Israel said that following Eizenkot's interview, "it is obvious that the relationship between Israel and Saudi Arabia will be made public in the long term. It may not be built on the Egyptian model of full peace. It may be more like 'Moroccan-style,' with the relationship kept on a low burner. It may not be official, but beneath the surface, it will flourish."

The story began several months ago. Lying on the desk of IDF spokesman Brig. Gen. Ronen Manelis was a Saudi request for an interview with his boss, the chief of staff. The request had been sitting there for three months while Manelis deliberated what to do about it. In October, Eizenkot returned from a conference of chiefs of staff in Washington. "You wouldn’t believe it," he told Manelis, according to one military source speaking to Al-Monitor on condition of anonymity. "I was sitting there, listening to remarks by some Saudi general, who was speaking on behalf of the Saudi chief of staff [who does not speak English], feeling like it could have been me saying the exact same thing. I agreed with every word he said. It was like he was reading my own overview of the situation."

Inevitably, that overview in question focused on the growing influence of Iran in the Middle East and the expansion of the Shiite alliance toward Baghdad, Damascus, Beirut and the Mediterranean. "Then let's go ahead with that interview with the Saudi website," Manelis proposed. "Let's do it!" Eizenkot answered.

The choice of the Saudi website Elaph didn't happen by chance. The owner of the site is Othman al-Omeir, a senior Saudi journalist, who served as editor-in-chief of the London-based Arabic-language daily Asharq Al-Awsat, which is owned by the Saudi monarch.

It turns out that Elaph even has a reporter in Israel — the highly regarded veteran journalist Majdi Halabi, a member of the Druze community, who worked for Channel 1. "In all my years in Israeli television," Halabi told Al-Monitor this week, "I never had the privilege of entering the chief of staff's office, of sitting in front of the chief of staff himself in the Holy of Holies, the innermost sanctum of Israel's defense establishment. Now that I represent the Saudi media and have entered the shoes of a Saudi journalist, I have had that privilege."

Omeir, the owner of Elaph, is considered to be one of the people closest to the Saudi royal family. He went to school with one of the Saudi monarch's sons, and he studied in the same class as him. He is a close confidant of the king's entourage and an honorary member of the royal court. Halabi said that he asked Omeir for permission to interview the Israeli chief of staff during a meeting of the site's editorial board several months ago. Omeir immediately agreed. "You're our person in Israel," he told Halabi. "Do whatever you want."

Once he received the surprising consent from Eizenkot's office, Halabi was quick to contact Omeir to consult with him about the kind of questions he should ask the chief of staff. "You know Israel," Omeir told him. "Ask him whatever you think the right questions would be."

"The reactions to the interview were nothing like anything I had received until now. They came from all over the world," Halabi told Al-Monitor. Halabi made history when he became the first journalist working for the Saudi media to sit in the Holy of Holies of the Israeli defense establishment for an open interview. The story of Israel's relationship with Saudi Arabia is the hottest item in the region, after the resignation of Lebanese Prime Minister Saad Hariri. Israel is trying to lower the volume surrounding the whole story, but the way Israelis are following the two princes, Mohammed bin Salman of Saudi Arabia and Mohammed bin Zayed of Abu Dhabi, who is considered the most powerful person in the United Arab Emirates, has been the focus of considerable attention in Jerusalem and Tel Aviv.

Halabi made history when he became the first journalist working for the Saudi media to sit in the Holy of Holies of the Israeli defense establishment for an open interview.

These two princes are changing the style and approaches of the Saudi-Sunni-Gulf states toward the Middle East, and they are doing it practically overnight. "This is the end of rigid conservatism, cautious decision-making and an insistence on sticking to the status quo," one senior Israeli security official told Al-Monitor. "What we are dealing with here are two princes, both of whom are relatively young. Bin Salman has been showing exceptional boldness, which may even be too adventurous. The decisions that he is making would have been considered insane just a year or two ago, and he is thrusting Saudi diplomacy into entirely new spheres. It will be interesting to see how it all ends."

Israel chose the Elaph website because of how close it is to the Saudi royal family. "We relayed the messages that were important to us, regarding Iran, Syria, Hezbollah and the situation along our northern front," an Israeli military source told Al-Monitor on condition of anonymity. When asked if Israel had received any feedback about the interview from the royal palace in Riyadh, he said, "While there was no direct feedback, we did receive indirect feedback. From what we understand, they read the interview very thoroughly."

All that is left now is for the Saudis to confirm that Israeli chess players will participate in the international chess competition, which will take place in Riyadh in the near future. If so, it will be another step forward in a long, drawn-out tango, in which neither partner is quite sure about the kind of relationship they want to see develop.