The Saudi desire to change its role from a behind-the-scenes player to a forefront leader pushes it to engage in the US-led Mideast peace initiative. 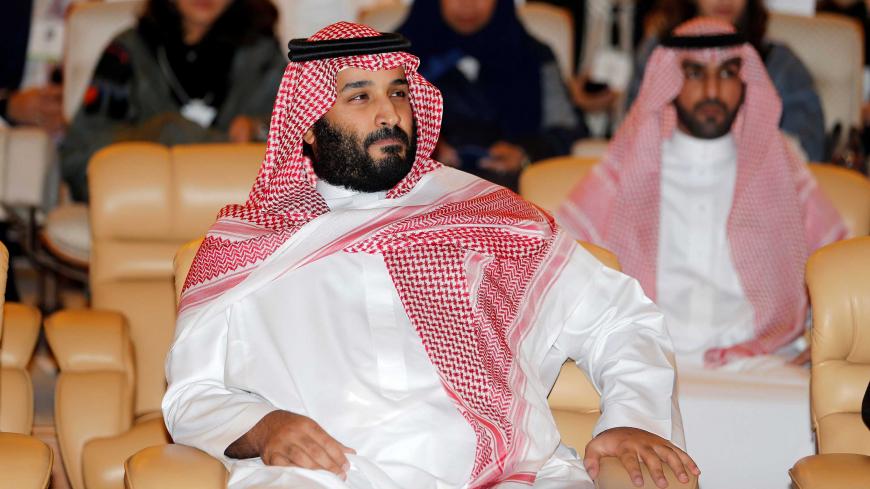 Something dramatic is occurring in the Kingdom of Saudi Arabia, which might soon impact the Israeli-Palestinian negotiation renewal. While most pundits are trying to figure out the consequences of the latest events there, they missed the shift in the kingdom’s traditional policy. Saudi Arabia has moved away from its role as a behind-the-scenes player to the position of a forefront leader. But as it is an extremely closed system, with little media transparency, it is difficult to assess the full significance of the internal purge that the young Crown Prince Mohammed bin Salman has undertaken.

In fact, in parallel with the purging campaign, Mohammed had expressed very strong positions against Iran and its proxy Hezbollah’s terror activities both in Yemen and Lebanon. And so, the crown prince is clearly preparing for both domestic reforms and for realizing Saudi Arabia’s regional ambitions. He wants Saudi Arabia to fulfill the role of a leader in the Islamic world, perceiving Iran as its greatest ideological and strategic foe. The prince knows that positioning Saudi Arabia as a regional leader goes hand in hand with a US-Saudi rapprochement and also with taking more visible steps on the Israeli-Palestinian conflict. And it seems that he is ready to advance on both these fronts.

A senior Gulf diplomat stationed in London told Al-Monitor on condition of anonymity that the new crown prince is planning a relatively smooth transfer of power once he takes over for his father. He is known to be very pro-American, is close to President Donald Trump’s son-in-law Jared Kushner and was the central force behind the economic and defense deals that were signed during Trump’s visit to Riyadh in May, as well as the president’s Riyadh Declaration. The Gulf diplomat said that the US administration fully backs the crown prince’s path to regional power and to a more modern Saudi Arabia. He has launched the plan for Saudi Arabia 2030, with accelerated high-tech development. Saudi Arabia must prepare for the post-oil era.

While pushing forward modernization, Saudi Arabia has made other moves of broader regional repercussions. The country is fighting the Houthis in Yemen, which are backed by Iran and Hezbollah. Lebanon is another place the Saudis would like to curtail Iranian influence. The resignation of Prime Minister Saad Hariri is an indication of this.

The Gulf diplomat said Saudi Arabia is interested in a close relationship with the Trump administration and in some degree of cooperation on the technology and intelligence fronts with Israel.

A senior Israeli Foreign Ministry official told Al-Monitor on condition of anonymity that Jerusalem is aware of the domestic changes in Riyadh and is encouraged by the close relationship between the United States and Saudi Arabia, as reported by Kushner to Prime Minister Benjamin Netanyahu after Kushner’s visit to Riyadh in the beginning of November. “While this would lead to a stronger Saudi military, it also opens the possibility for Israel for security cooperation with the pragmatic axis in the Gulf together with Egypt and Jordan,” he said.

Indeed, a first public sign for such a development was displayed Nov. 15 when the London-based Elaph Saudi news site published a rare interview with Israel Defense Forces Chief of Staff Gadi Eizenkot. In the interview, Eizenkot spoke about “full agreement about Iran’s intentions” between Israel and Saudi Arabia, and he even expressed Israel’s willingness to share intelligence about the Iranian threat with pragmatic Arab countries .

Referring to the American Mideast initiative, the Israeli official did not rule out that the eventual proposals by Trump are linked to the new American honeymoon with Saudi Arabia.

The senior Gulf diplomat confirmed the Saudi interest in renewing the peace process in the region following the Fatah-Hamas reconciliation agreement. According to the diplomat, the Saudis insist on certain points in their talks with the US administration. They have told the Americans that Saudi Arabia, the Gulf Cooperation Council, Egypt and the Arab League believe that it is an opportune time to embark on US-led negotiations for a two-state solution. For them, both the Saudi peace plan of 2002 and the Riyadh Declaration of 2017 should constitute the basis for such a peace and security process. One more point they insisted on was that Saudi Arabia is interested in regional cooperation with the United States to fight radical terror and curb Iranian regional expansionist ambitions, including in Iraq, Syria, Lebanon and Yemen. More generally speaking, Saudi Arabia is willing to enhance its economic and security cooperation with the Trump administration.

And so, it seems the Saudi role in the region might be shifting from being an observer with great economic clout to being a more active player. Saudi Arabia wants to balance Iran's influence, to create closer relations with the United States and most of all to modernize its economy. And for that to happen, it intends to become involved in pushing Israeli-Palestinian talks.