For Israel’s leadership, the anti-Iran alliance with Saudi Arabia is more important than reacting on the disappearance of journalist Jamal Khashoggi. 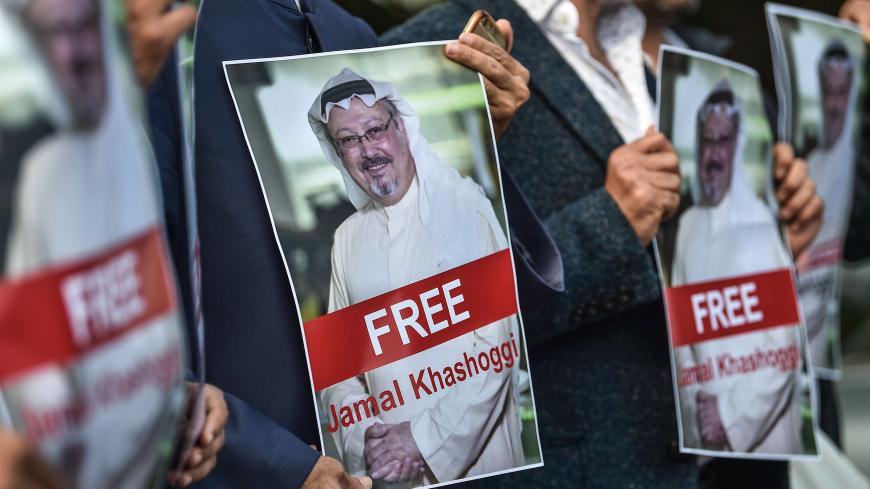 It is hard to find Israeli leaders commenting on Jamal Khashoggi, the Saudi journalist who disappeared (and was apparently murdered) in the Saudi Consulate in Istanbul Oct 2. Cabinet ministers, members of Knesset and officials in the Foreign Ministry — they all avoid the subject like the plague.

That’s because Israel is caught between two polar extremes that suddenly turned upside down. On the one hand, it is an ally of Saudi Arabia, and on the other, its bitter rivalry with Turkey is legendary. Saudi Crown Prince Mohammed bin Salman is seen in Israel as an almost liberal reformer, who is leading his country toward a new era, while Turkish President Recep Tayyip Erdogan is regarded as a benighted dictator, who jails journalists and suppresses democracy. And now that’s all turned upside down. In the Khashoggi incident, the Saudis are the villains, while Erdogan is having his turn as a mature and enlightened leader who shows responsibility and defends democracy. It is the exact opposite of how things usually are — at least from an Israeli perspective.

It’s the Saudis who come out looking like blood-thirsty murderers, who have no qualms about killing a journalist inside their consulate. But they are also sloppy amateurs who leave plenty of incriminating evidence behind. The Turks didn’t even have to try hard when they put together all the pieces of this grisly story. And all that's left for Israel to do is to remain quiet and take comfort in the fact that US President Donald Trump’s situation is even worse, as he does not have the luxury of keeping quiet on this.

On Oct. 16, Israel's public broadcasting corporation Kan reported that Chief of Staff Gadi Eizenkot held an informal meeting with his Saudi counterpart Gen. Fayyadh al-Ruwaili at a gathering of chiefs of staff in the United States. As one diplomatic source in Jerusalem told Al-Monitor, “The Saudis have to make a decision. They can’t have their cake and eat it too. They need to decide whether they want to draw closer to Israel, maintain an alliance with the United States and push through reforms, such as allowing women to drive, or whether they want to turn in the opposite direction and become a dictatorship propped up by the kinds of methods used to eliminate their opponents, which would put Russian President Vladimir Putin to shame." The source asked to remain anonymous because of the sensitive nature of the unofficial relationship between Israel and Saudi Arabia, and how they share many common interests.

Behind the scenes, Israel continues to side with Saudi Arabia. As such, it has no choice but “overlook” the Khashoggi incident. “The fight against Iran stunts everything else,” one senior Israeli minister told Al-Monitor on condition of anonymity. “Israel’s national security and the Iranian threat top our agenda, whereas Saudi Arabia’s internal affairs are less important and less interesting [to Israel] right now.”

The minister added, “If this had happened during the Obama administration, the Americans would have turned against Saudi Arabia at full speed, as seen in the president’s Cairo speech [2009].”

According to the minister, Trump takes the opposite approach, which is much more suited to the circumstances of the Middle East. “It should be remembered,” the minister said, “that [former President Barack] Obama was quick to throw [Egyptian President Hosni] Mubarak under the bus, as soon as the demonstrations erupted in Tahrir Square. With him, democracy came before all else. With Trump, that would never have happened. The president understands handling the Iran issue is more important now, and democracy will have to wait. After all, the ideals of President Thomas Jefferson don’t really exist here, in the Middle East.”

Israel has found itself on the wrong side of history on more than one occasion. The most obvious example is the secret alliance it once had with the apartheid regime in South Africa. But things were different back then. Israel was isolated on the world stage and needed every bit of help that it could get. It found that with the South Africans, and in generous amounts. (But even then, Israel reached out to the other side, training resistance leader Nelson Mandela outside of South Africa before he was arrested in 1962.)

Now the situation is entirely different. Prime Minister Benjamin Netanyahu enjoys free access to the White House and unprecedented influence there. Israel’s international standing is stronger than ever, and it cannot allow itself to be marginalized anymore. This is also the first time that reports about the clandestine nature of the Israel-Saudi alliance is an advantage, as far as Israel is concerned. It absolves Israel from the public need to come to the Saudis’ defense in the current, troubling incident. As to whether the journalist’s murder will impact Israel’s access to the Saudis and the secretive relationship that the foreign press claims it has with the Saudi crown prince, diplomatic sources say absolutely not.

Meanwhile, a senior Palestinian official, who was involved in decades of negotiations between Israel and the Palestinians, told Al-Monitor last week on condition of anonymity, “The myth of Mohammed bin Salman’s reforms doesn’t hold water. He is not a liberal, and those are not reforms. He is fooling everyone. It is all a show for the outside world. At home, the Saudi regime continues with the same longstanding policies, including the brutal suppression of anyone who criticizes the government. We witnessed the most recent example of this in the Istanbul consulate.”

On Sept. 17, Netanyahu met in Jerusalem with the foreign ministers of Greece and Cyprus, both sworn rivals of Turkey. Channel 10 reported that during these talks, Netanyahu expressed his concerns about the Turkish economy, saying that Erdogan has not been making sound economic decisions. The situation in Turkey is not improving, he said, but on the contrary, it is getting worse, and Turkey is becoming an undemocratic country. “Erdogan calls me ‘Hitler’ every two weeks. It’s a systemic problem — I don’t see light at the end of the tunnel,” the prime minister added.

He said that Israel and Turkey had grown closer as a result of the war in Syria, but as of now, there is no intelligence cooperation between the two countries, noting that the Israeli ambassador had been expelled from Ankara. One thing that Netanyahu foretold, which later proved false, was that there would be no improvement in the relationship between the United States and Turkey before the US midterm elections. (Meanwhile, Turkey released Andrew Brunson, an American missionary whom it was holding, and the relationship has improved.) “Erdogan is unpredictable and reckless. … It’s an oxymoron that a member of NATO has [Russian] S-400 missiles. I’m worried about them having F-35 planes,” said Netanyahu.

Netanyahu has come under serious criticism in Israel because of how he treats the media. While it is not possible to eliminate or even jail journalists in Israel, freedom of the press has nonetheless deteriorated over the past few years. The media’s status has grown weaker. Now, almost all of Israel’s independent media outlets are subject to the kinds of economic and other threats that undermine their ability to criticize the government. Yet despite all that, the status of journalists in Israel is immeasurably better than that of their colleagues in Istanbul and Ankara. In other words, Netanyahu can still be critical of Erdogan. The problem is that there is no assurance that this will be the situation in the future as well.