A group of young Egyptians has developed a mobile phone app to fight sexual harassment by helping women identify and avoid harassment as well as deal with its aftermath. 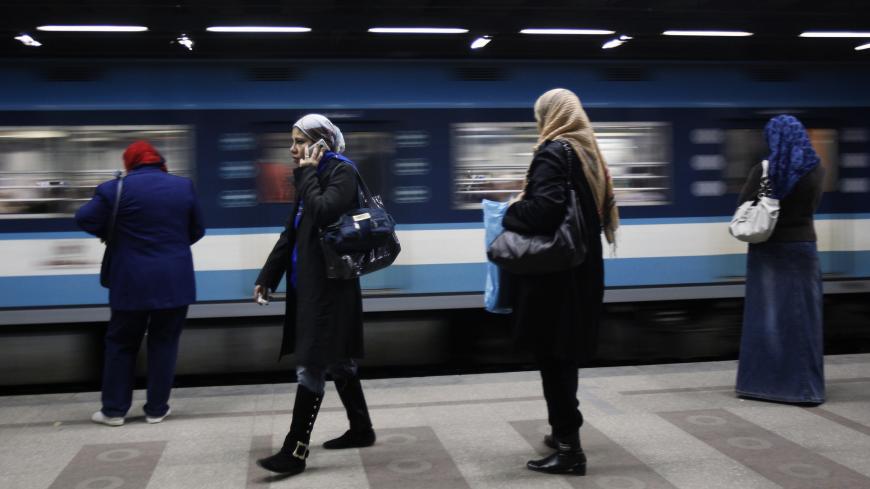 CAIRO — In an attempt to tackle the problem of sexual harassment of girls and women, a group of young Egyptians applied modern solutions to tackle a problem that government initiatives and laws have failed to rein in. The mobile phone app Street Pal acts as a guard to women, protecting them from harassment attempts and giving them ways of dealing with the phenomenon.

Abdul Fattah al-Sharqawi, the app’s developer, said in a press statement Nov. 21 that the number of users reached 800 since the app was launched Oct. 29. He noted that they already received several calls from women telling them about their experiences with sexual harassment and seeking awareness.

The app covers the three main stages of harassment: when a woman notices someone following her in the street, when she is being harassed and in the aftermath.

In an interview with Al-Monitor, Sharqawi said the app aims to increase young women’s awareness of harassment, giving them information and advice on dealing with it. The app has a five-star rating on Android, according to Sharqawi.

“We designed three example cases within the app,” he explained. “The first helps women by answering specific questions, such as 'What is the person doing as he watches her? Is the area where she is walking uninhabited? Is there anyone around who can offer help if she needs it?' The app guides her step by step, helping and protecting her through the entire process,” he said.

“As for the second phase — in which the woman actually gets harassed — the user can press a button to make the app contact someone in the area to inform them. The app works on the basis of a network of volunteers who can help women who are harassed. Soon, there will also be a feature for identifying volunteers so they can be vetted and selected to protect and support women.”

Sharqawi added, “As for the third case in which the young woman was harassed, the app provides a map to show her how to reach the nearest police station to lodge a complaint and take legal action against harassment. The app includes the locations of police stations and can show the user the nearest one. It also has an audio recording feature for the details of the incident to be recorded in case they are needed by the authorities.”

Sharqawi said the app also helps women find hospitals and health clinics so they can seek treatment, as well as provides a list of mental health centers and women's services.

He said the National Council for Women had welcomed and supported the idea, agreeing to receive complaints from women who have experienced harassment and helping them take legal action against the culprits, as well as providing psychological support after the incident.

He said the team had worked for 14 months to create the app, noting that work was ongoing to broaden its scope so it can be used outside Egypt, with prototypes being tested in other Arab countries such as Jordan, Lebanon and Morocco.

Harassment on Egypt’s streets has increased despite strenuous efforts by the state to tackle the problem. In June 2016, the Ministry of Interior established a unit to follow up on crimes against women and pursue harassers after sexual harassment cases increased, especially on social media and in crowded public places. The unit is made up of female officers who specialize in providing psychological help and refer victims of sexual harassment to social services — but it has not been very effective.

A study by UN Women published in April 2013 showed that harassment in Egypt had reached unprecedented levels, with 99.3% of women saying they had experienced at least one of the 13 forms of harassment defined by the agency.

On Oct. 17, the Thomson Reuters Foundation published a study that named Cairo the most dangerous megacity for women. The study found that Cairo had become particularly dangerous since 2011, following a string of violent sexual attacks in Tahrir Square, and that the situation had since deteriorated. According to the study, Cairo came out as the worst of 19 megacities (with over 10 million inhabitants), after New Delhi; Karachi, Pakistan; and Kinshasa, the capital of the Democratic Republic of the Congo.

It also gave Cairo poor rankings in several subcategories. It was the third-most dangerous megacity for women in terms of sexual violence, i.e., to live without the fear of rape and sexual assault (Sao Paulo and New Delhi ranked joint worst).

The #MeToo campaign launched by actress Alyssa Milano Oct. 16 drew the world’s attention to women who face harassment and sexual assault, with a hashtag that went viral. Egyptians were among the top users of the hashtag, as Egyptian women face daily harassment.

In a bid to help Egyptian women tackle harassment, President Abdel Fattah al-Sisi in January declared 2017 as a year of Egyptian women.

by Murielle KASPRZAK and Joseph SCHMID | AFP | May 26, 2022
END_OF_DOCUMENT_TOKEN_TO_BE_REPLACED