Moscow eyes working with tribes as its next move in Syria

Many major players are working to resolve the Syrian civil war, but Russia is finding that some smaller groups — local tribes — could play a significant role. 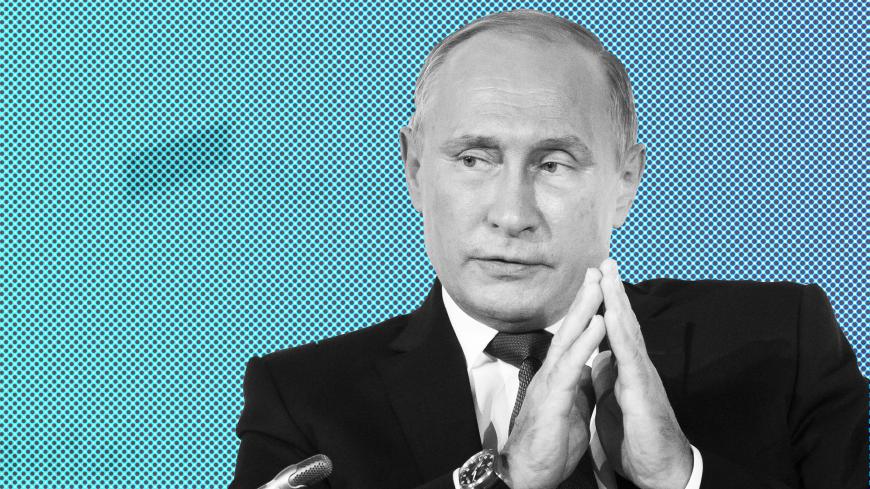 Despite a steep jump in fatalities among its forces in Syria this year, the Russian leadership is signaling cautious optimism about the prospects for settling the Syrian war. Speaking at the Valdai International Discussion Club event Oct. 19 in Sochi, Russian President Vladimir Putin said, “There is every reason to believe … we will finish off the terrorists in the short term."

He added, however, "That is no cause for joy [or] for saying that terrorism is over and done with. … If we finish off the pockets of terrorist resistance in Syria, this certainly does not mean the threat to Syria, the region and the world as a whole is gone — absolutely not. On the contrary, you always have to stay alert."

Putin went on at length to present Russia’s vision of the ongoing peace effort, saying, "It's gaining positive momentum,” and praising the contributions of Iran, Turkey, Egypt, Saudi Arabia, Qatar and Israel. He also spoke highly of the role of the United States: “Other countries, including the United States, are greatly contributing; even though they are not participating in the talks in Astana [Kazakhstan] directly, they are influencing these processes behind the scenes. We maintain stable cooperation with our American partners in this sphere, on this track, even though [we're] not without disputes. However, there are more positive than negative elements in our cooperation.”

Putin recognized negotiations between the opposition and the Syrian government have been “rough-going” and remain a concern for Moscow. He said, “The process is underway but is moving very sluggishly, feebly; the parties to the conflict are very distrustful of each other. I hope that it will be possible to overcome this. Based on de-escalation zones, we hope to move on to the next stage. There is an idea to call a congress of the Syrian people, bringing together all ethnic and religious groups, the government and the opposition.”

That's the next point on Moscow’s plan for a Syrian resolution. “If this could be done, also with support from guarantor countries and even major powers outside the region — Saudi Arabia, the United States and Egypt — that would be the next additional, but very important, step toward a political settlement. And then perhaps toward drafting a new constitution, but it is still early to talk about that," Putin said.

Moscow has been mulling over the idea to organize a conference at the Russian Khmeimim air base even before Putin's talk at the Valdai event. A recent report by Russia's state-operated RIA news agency mentions a Congress of the Syrian Peoples scheduled for Nov. 7-10, aiming to bring together about 1,500 representatives of opposition groups, local councils, tribes and Kurds. One can argue about the very consistency of Russian policies in Syria and whether they are more tactical than strategic, but Moscow has objectively reached its goal: In Syria, Russia is seen as a key player able to pressure regional powers for concessions and prepared to show flexibility itself.

The late President Hafez al-Assad (1930-2000), father of current Syrian leader Bashar al-Assad, worked with tribes, giving their leaders privileges and taking into account their political opinions. Bashar al-Assad, on the contrary, lost his focus on them. When the tribal youth, disobeying the elders, took to the streets to protest in 2011, the government went hard core on them. Later, Damascus tried to pacify and tame some of those groups.

Now, in their operations in eastern Syria, Russia, Iran and Damascus are mostly counting on Suqur al-Furat. Some of that group's fighters are from the Shaitat tribe, which in 2014 resisted the Islamic State (IS) and was brutally suppressed. Assad's forces took advantage of the situation by announcing amnesty for the tribe and setting up a training program for them. At the same time, however, the Russian Defense Ministry accused Syrian opposition militants — including Shaitat tribe members — at the border with Jordan at al-Tanf of cooperating with IS.

But a retired officer from the Russian Defense Ministry told Al-Monitor that, in building connections with the local tribes on the territories freed from IS, Moscow is relying on Damascus and Tehran, “given the specificity and little knowledge the Russians have about tribal relationships in those areas.”

He added, “The strategy seems to be to continue to engage those tribes and their leaders who reside in oil-and-gas-rich territories freed from IS and who are now fighting the Syrian Democratic Forces, hoping the tribes will join those who prove to be stronger [on the ground]. It’s important to engage them in a timely way and offer them a little something of what they are asking for."

The process is likely to be accompanied by what retired Col. Gen. Vladimir Shamanov, the chairman of the Russian State Duma’s Defense Committee, recently called “a period of special operations following the completion of the general military operations.” An experienced commander, Shamanov for many years directed Russian counterterrorism operations in Chechnya. "Many of them [militants] will shave their beards, many will try to join the administration and some will also try to infiltrate the local self-governing bodies, and so on. Fighting them off will be a long process," he added.

This is likely to require more robust participation of Russian special forces, which have been in the country for years. Conducting raids and operative work in the Syrian desert is a challenge. This kind of work requires knowledge of the local tribal structure and large-scale involvement of special forces in providing security and countering illegal trafficking of all sorts. A well-developed tunnel system in eastern Syria at the border with Iraq is also a serious threat that has already claimed the lives of many Iraqi border control forces, and the newly recruited contingent is barely able to conduct effective surveillance operations and provide defense.

There are enough reasons to presume the Syrian government will face similar difficulties, even with massive support from Russian special forces and pro-Iranian Shiite militias. Even today, the Assad forces are vulnerable in the desert. With Iranians constructing their own “influence bridge” from Iran through Iraq and Syria to Lebanon, and US-led initiatives working to counter these efforts, tribal politics will continue to rule.