Russia continues to navigate the complex process of tackling the Syria crisis, slating Damascus as a hopeful ally against the Islamic State. 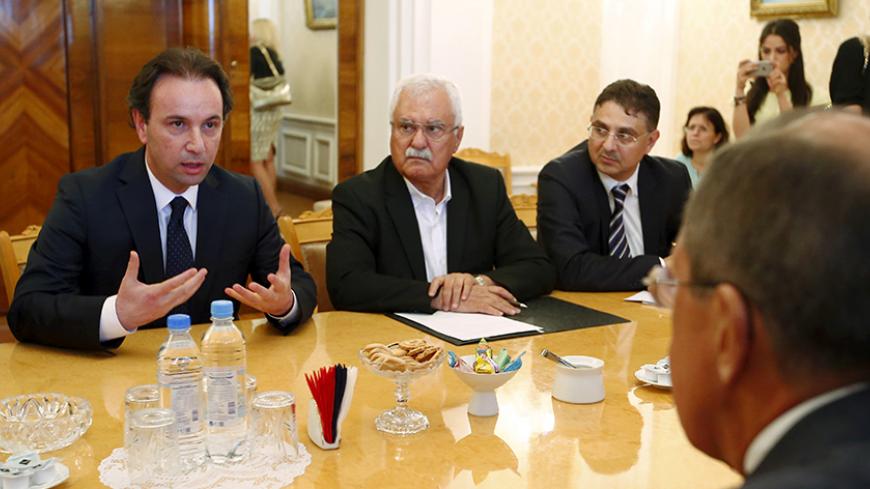 Russia is decidedly stepping up its Middle East policy, as evidenced, for example, by the number of visits to Moscow already held or planned for this year by heads of Arab states. The rulers of Saudi Arabia, Kuwait, Qatar, Egypt, Morocco and Jordan, and the crown prince of the United Arab Emirates, are expected to visit Russia before the end of 2015. Saudi King Salman bin Abdul-Aziz Al Saud’s upcoming visit to Moscow this year is of particular importance, as it indicates Riyadh’s serious intention to improve relations with Russia. As is widely known, Russian President Vladimir Putin has accepted the Saudi king’s invitation to visit Riyadh.

An impressive number of leaders of various Syrian opposition groups also visited Moscow this month. The consultations did not reveal any fundamental change in the Kremlin’s Syria policy, but they did reveal the willingness of Russian diplomacy to have more frequent contact with the opposition.

Some basic features stand out in Russia’s policy toward the Syrian crisis. The first is a commitment to fighting terrorism and extremism, with the Islamic State (IS) as a top priority. Putin has called for creation of a broad international coalition to combat this scourge, starting from the premise that Damascus must be a member of this coalition, as it is already engaged in a war with IS. In this regard, there are obvious differences between Moscow’s approach, on the one hand, and on the other, that of the Syrian opposition and influential regional and global players.

The second feature is seeking a settlement of the Syrian crisis through peaceful, diplomatic means. Commitment to this principle unites Russia and the vast majority of its partners, though disagreements over its interpretation remain. A key question concerns establishing a transitional governing body in accordance with the Geneva Communique of June 30, 2012.

Russia has backed the plan of Staffan de Mistura, UN special envoy for Syria, which envisages an international contact group as well as four intra-Syrian working groups. The plan should be implemented as soon as possible, given the catastrophic humanitarian situation on the ground and the growing military potential of IS and other terrorist groups. However, according to sources from the diplomatic community, Washington intends to delay the creation of a contact group until October, when the agreement on the Iranian nuclear program will be definitively settled.

Unlike a number of its partners, Russia believes that only the Syrians can resolve the question of who should govern them and how, and categorically rejects any form of external interference in Syria, particularly in the form of military intervention.

Russian analysts believe Turkey’s plan to create a so-called security zone in northern Syria is unlikely to be implemented without direct Turkish intervention that could lead to a de facto Turkish-Kurdish war, as well as cause the unanimous condemnation of Arab governments. Many of those governments already consider the Turkish strikes on the territory of Iraq and Syria as a violation of the sovereignty of these two states.

Recently, however, some articles in Russian and foreign media raise the possibility that Russian commandos may be sent to Syria to evacuate Russian personnel, or to safeguard the technical maintenance unit of the Russian ships in Tartus and protect Russian arms supplies. The origin of those stories was a statement by the commander of the Russian Airborne Troops (VDV), Col. Gen. Vladimir Shamanov, who told reporters Aug. 4 that the VDV “are ready to assist Syria in countering terrorists, if such a task is set by Russia’s leaders,” provided the relevant UN Security Council mandate has been given. Ruslan Gorevoy, a journalist from the Russian newspaper Nasha Versiya, even claims — very provocatively and without basis — that “the decision to send military assistance to Syria has already been taken” and “in September a ‘limited contingent’ of the Russian army may be in Damascus.” For now, this is only the fervent (if not sick) imagination of that author speaking.

Let us return to the recent talks between Russian diplomats and some groups of the Syrian opposition, which this writer attended. On Aug. 14, after the discussions, the head of the National Coalition of Syrian Revolution and Opposition Forces, Khaled Khoja, stated, “Moscow is no longer committed to supporting Syrian President Bashar al-Assad unconditionally, and emphasizes the need to preserve the territorial integrity of the country.” This is both true and untrue. True, because Russia does not support individual leaders, but the states they lead. Untrue, because Russia strongly disagrees with the argument put forward by the opponents of Damascus that the Syrian leader has lost his legitimacy.

Moscow is well aware that a very large segment of the Syrian population continues to support not only the regime per se, but also its leader, though the number of his opponents is also large.

One can agree with the leader of the opposition coalition, however, that the Russian position is characterized by “flexibility and understanding.” And it is this that makes it possible for Moscow to continue contacts with all opposition groups except for those designated as terrorist. It can be assumed that Russian diplomacy will persevere in its efforts to consolidate the opposition on a moderate and negotiation-oriented platform.

It is true, though, as Russian media commented on Khoja’s statements after talks in Moscow, that the National Coalition has no plans to participate in the Moscow-supervised intra-Syrian dialogue, since Russia “wants to reach a compromise between the opposition and Assad to form a coalition against terrorism.”

Likewise, the Russian Foreign Ministry said it has urged Khoja to take an active part in developing “a constructive collective platform to begin dialogue with the government of the Syrian Arab Republic.”

Mutual understanding between Moscow and opposition groups such as the National Coalition will continue to be hindered by the fact that these groups equate IS and government forces. Still, there is some cause for optimism in that this opposition, like Russia and most global and regional actors, aims at preserving all state institutions in Syria, including the army, under any reform of the country.

Moscow believes a transitional governing body should be decided by consensus during inclusive negotiations among Syrians themselves. At the same time, Russian experts would like to see greater clarity in the strategy of the Syrian opposition in relation to the transition process. This applies, for example, to the issue of the future character of the Syrian state, which is a point of contention with leaders of the Kurdish groups. Compromise formulas like “democratic decentralization” or “pluralistic decentralization” look quite convincing, but they also elicit circumspection from the supporters of a centralized unitary state as well as all Arab nationalists. Still, it is clear to them that serious guarantees for the rights of all minorities in Syria are an essential element of any settlement.

One provision in the platform of the National Coalition and a number of other opposition groups that raises questions among Russian experts is the issue of so-called “transitional justice.” In this regard, it is feared that this principle could become an excuse to exact revenge against those whom the opposition wants to convince to share, or completely relinquish power. According to many analysts, the examples of South Africa, Cambodia and other countries — those which have experienced post-conflict transition while using the tool of amnesty and refusing to take revenge — look quite appealing.