As in the United States, money in politics is fueling violence and hijacking democracy in Israel. 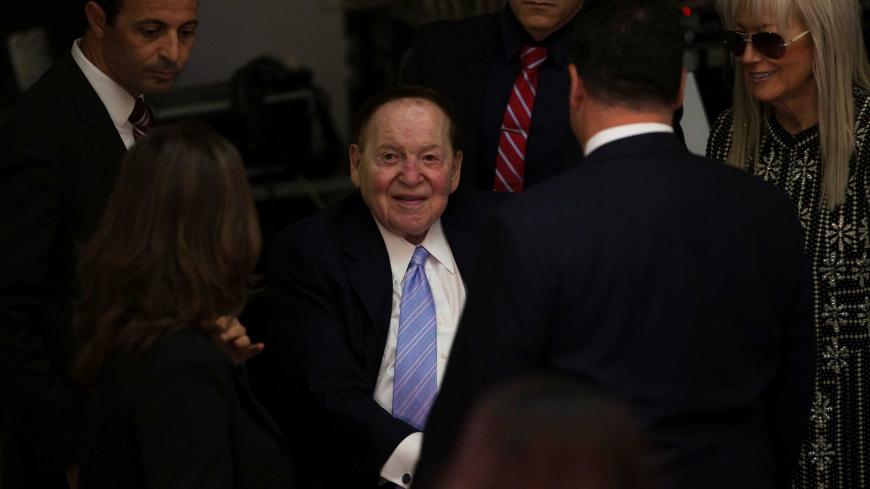 Once Israeli commentators had said everything they could possibly say about alleged connections between the perpetrator of the Las Vegas massacre and Islamic terrorism, the media shifted its attention to Americans' "intolerably easy access to guns," mixing a measure of scorn with pity. Newspapers stressed that after the Oct. 1 mass shooting deaths, President Donald Trump made do with claiming, "We'll be talking about gun control as time goes by." White House spokeswoman Sarah Huckabee Sanders said, "There will certainly be a time for that policy discussion to take place, but that’s not the place that we’re in at this moment." Standing out in particular was Democratic Sen. Chris Murphy of Connecticut, who said, "It is positively infuriating that my colleagues in Congress are so affraid of the gun industry that they pretend there aren't public policy responses to this epidemic."

The links between terrorist attacks, politics, money and ideology are nothing new to Israel. Here as well, lobbies and big businesses whose core economic interests are wrapped up in a thick layer of ideology contribute to the violence. While the contribution is circular, it penetrates the depths of Israeli society and even crosses the ocean. The people and organizations contributing do not provide arms to Israel's enemies on the Palestinian side. Instead, they provide financial means to the enemies of diplomatic compromise on the Israeli side, including the settlement enterprise. Even if it is not entirely linear, the link between the settlements and the occupation and the occupation and terrorism is no less obvious than the link between the Second Amendment to the US Constitution, which protects the right to bear arms, and the horrific scope of attacks like the one in Las Vegas.

In the past decade, no one has caused more harm to efforts to reach an agreement with the Palestinians while solidifying the occupation than Prime Minister Benjamin Netanyahu. He, in turn, was helped to power and has managed to stay there with the support of Las Vegas gambling tycoon Sheldon Adelson. The Jewish billionaire, who is married to an Israeli, has an extremist right-wing worldview, believing that the Palestinians are a "made-up" people. He uses his vast wealth to advance Israeli (and American) politicians who share this perspective. At the same time, his money also opens doors for him to advance his profitable business interests.

An investigative report in Yedioth Ahronoth in September 2001 related that the day after the 1996 election, Netanyahu — having defeated Shimon Peres by a handful of votes — paid a visit to the Adelsons in Jerusalem to thank them for their generous financial support, about $1 million, for his election campaign. A 2008 investigative report, this one in the New Yorker, revealed that in December 2007, Adelson had met with the chairman of Yisrael Beitenu, Avigdor Liberman, and the leader of Shas, Eli Yishai, in an attempt to convince them to quit Ehud Olmert's government. Shortly before that, Adelson had founded the free daily newspaper Yisrael Hayom. Now dubbed the "Netanyahu News," it became the most widely distributed paper in Israel, and through it, the American billionaire has been able to disseminate the most extreme opinions held by Netanyahu and the members of his government.

Following a Supreme Court ruling in response to a petition by the journalist Raviv Drucker, records were released showing that between 2012 and 2015, Netanyahu and Adelson spoke on 120 separate occasions. During that same period, Netanyahu also spoke with the paper's editor, Amos Regev, on 230 occasions. Before the 2013 election, Netanyahu and Regev spoke 15 times in 19 days. On the night that the preliminary reading passed for the "Yisrael Hayom Law to limit the paper's distribution, Netanyahu spoke three times with the newspaper's owners. That the law passed that vote was one of the main reasons elections to the 20th Knesset were advanced.

In the past decade, no one has caused more harm to efforts to reach an agreement with the Palestinians while solidifying the occupation than Prime Minister Benjamin Netanyahu.

After it was reported that Netanyahu had been in talks with Arnon Mozes, publisher of Yedioth Aharonot, to limit the distribution of Yisrael Hayom in exchange for more positive coverage from Mozes' paper, the American tycoon transferred his support to Naftali Bennett, the leader of HaBayit HaYehudi.

Adelson is not the only foreign businessman to intervene in Israeli politics in an effort to keep the right in power and prevent a compromise with the Palestinians. Netanyahu's rise to power in 1996 can be attributed largely to the "Netanyahu is good for the Jews" campaign funded by the Australian businessman Joseph Gutnick, then a prominent figure in the Chabad Hasidic sect. Gutnick later severed ties with Netanyahu, claiming that he did not do enough to prevent the disengagement from Gaza.

According to the 2001 report in Yedioth Ahronoth, Netanyahu, at the meeting with Adelson after the election, promised the businessman that the Prime Minister's Office would always be open to him. In fact, the gambling magnate had access not only to the Prime Minister's Office, but also to the offices of other ministers. Meetings with other ministers were not limited to ideological issues. At the time, the magnate and the lobbyists he hired wanted to change Israel's gambling laws to allow a casino to be built in the southern coastal town of Eilat or along the Dead Sea coast, in collaboration with Jordan.

The tragedy in Las Vegas underscores the steep price that American society is paying because moneyed interests with extremist views control its life. Nothing better illustrates the weakness of Israeli democracy's immune system than the way ultra-wealthy American and Australian extremists are similarly seizing control of Israelis' future.