President Donald Trump’s shift toward more radical policy positions on the Middle East is generating a radicalization in the tactical positions of both Israelis and Palestinians. 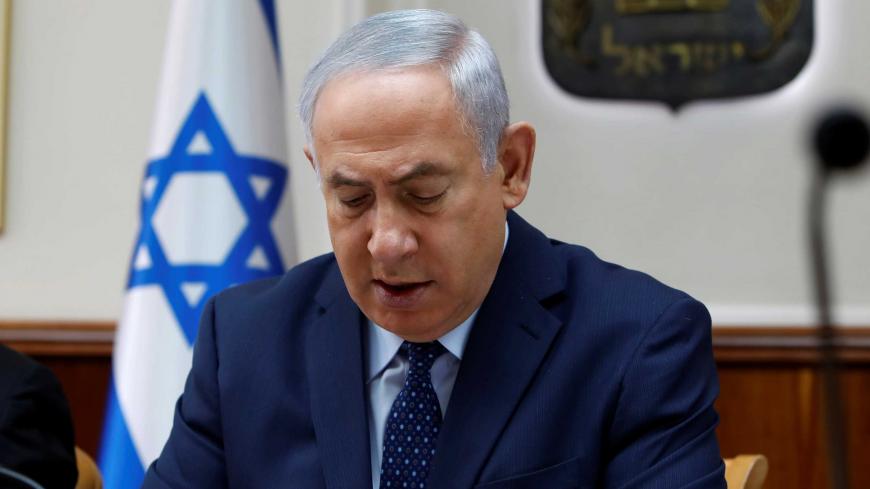 Anyone communicating these days with Prime Minister Benjamin Netanyahu’s most intimate associates comes away with the impression that Netanyahu’s mood is fluctuating between hubris and depression.

Indeed, the prime minister lives in a schizophrenic reality. On the one hand, Netanyahu has a dream-come-true American president who won’t say the words “two-state solution” and is in the process of withdrawing from the Iran deal. The anti-Obama at its best. On the other hand, Netanyahu is increasingly tangled in police investigations. Reports by Israel’s Channel 10, for instance, raise new questions concerning the nature of the ties Netanyahu maintained with Israeli billionaire Arnon Milchan. Channel 10 reported at the beginning of October that the police are collecting testimonies in a new affair as part of the criminal investigation that Netanyahu received gifts or other benefits from several businesspeople.

The police are also investigating whether Netanyahu and Yedioth Ahronoth publisher Arnon Mozes discussed a secret deal for positive coverage of Netanyahu in exchange for reducing the circulation of the free Israel Hayom newspaper (Yedioth’s main competitor). According to reports, in both cases police might recommend to the attorney general to indict the prime minister. Netanyahu is fighting for his political life, and he excels at it.

One of Netanyahu’s close associates told Al-Monitor that the prime minister is very confident about his political future. Netanyahu, he said, keeps warning his associates of the unprecedented dangers faced by Israel from the Iran-Hezbollah axis and the Hamas threat of hijacking the Palestinian Authority in the West Bank. According to Netanyahu, his leadership is absolutely essential to guarantee the country’s security in such dangerous times.

The Israeli source added that the prime minister will make good use of the comprehensive US presidential backing for his policies and outlook. This backing will enable Netanyahu to engage in a policy that will fully galvanize his right-wing base behind him. Netanyahu believes, and wants his right-wing base to believe, that he is the one responsible for the change in President Donald Trump’s views on the Palestinian issue and on Iran’s ambitions in the region, which is why his leadership at this point is of critical importance.

According to the source, Netanyahu will define an aggressive policy in several domains. Speaking on condition of anonymity, he described this aggressive approach as “the indispensable Netanyahu policy.”

The first of these domains would be advancing construction in settlements located in the Jerusalem area. On the issue of Palestinian national unity between Fatah and Hamas, he intends to stop talks on the renewal of Israeli-Palestinian negotiations until Hamas agrees to disarm its military wing.

The source explained that Netanyahu plans to meet with Trump to define common policies on the Palestinian issue and the fights against fundamentalist terror and Iran's nuclear and terrorist ambitions.

A senior PLO official close to Palestinian President Mahmoud Abbas reacted with great dismay at the Trump administration's policy moves, which have been perceived by the Palestinian leadership as advancing more extreme US policies in the region. Speaking on condition of anonymity, he estimated that the US president is not seeking to formulate a centrist and cautious foreign policy, as advised by Secretary of State Rex Tillerson and Secretary of Defense James Mattis. On the contrary. Trump’s policy shift is deep, and not tactical in nature, abolishing everything that President Barack Obama stood for. The Paris climate change agreement, the Iran deal and a two-state solution are taboo. “For Netanyahu, this is only a pretext to avoid negotiations and continue on the path to expand settlements and toward annexation,” he added.

Given this situation, Abbas decided to turn over decisions on Palestinian issues to the Arab League, including Egypt and Saudi Arabia. The Palestinian official claims that greater national unity with Hamas would only serve as a basis for new policies leading to statehood.

These Palestinian policies would mean, according to the official, more Palestinian activity at the UN and international forums, while leaving the door open tacitly for an intifada this coming winter. It is hard to say whether this threat is of tactical nature or a real one. In any case, it seems that with Trump’s more radical policy positions, both Israeli and the Palestinian policies are moving toward radicalization.