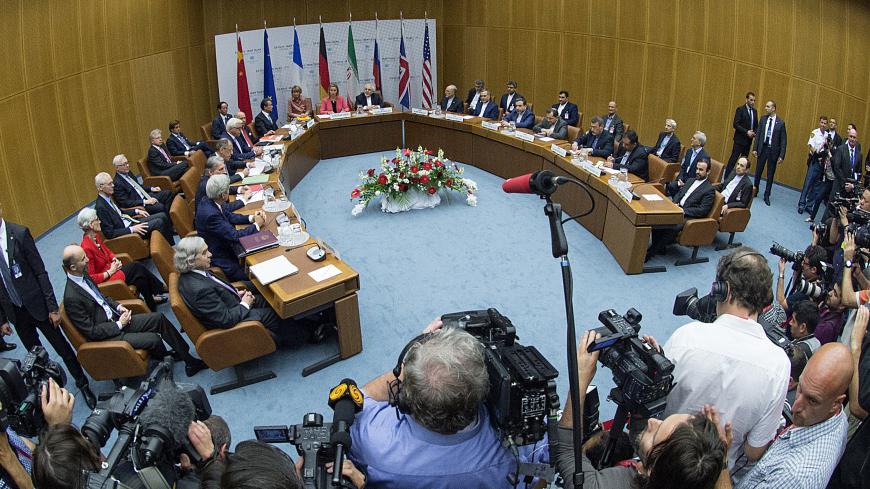 Conflicting reports about the arrest of an Iranian nuclear negotiator have been circling in Iranian media since August 2016, when Gholam-Hossein Mohseni-Ejei, spokesman for the judiciary, confirmed the news. The individual, whose name was not initially revealed, is Abdol Rasul Dori Esfahani, a dual Iranian-Canadian national and member of the negotiation team who worked on economic and banking sanctions.

But on Oct. 11, Mahmoud Alavi, Iran’s intelligence minister, threw doubt on the case of Dori Esfahani, suggesting that he was operating on behalf of their agency. “The Intelligence Ministry was responsible for the protection of the nuclear negotiations,” said Alavi. “On this issue, it performed one of its brightest activities in this field.” Alavi continued, “The negotiations took place under the most secure environment by the Intelligence Ministry, and the ministry gave continuous reports to the highest authorities in the country.”

Specifically mentioning Dori Esfahani, Alavi said, “[He] not only did not commit any spying in the face of [efforts] by foreign agencies, he consciously resisted and cooperated with the ministry’s anti-spying department.”

Alavi’s defense of Dori Esfahani, albeit belated, suggests that Dori Esfahani’s case may have political dimensions to it. The news of Dori Esfahani’s arrest a year ago was first broken by Tasnim News Agency, which is believed to be linked to the hard-line Islamic Revolutionary Guard Corps (IRGC). Mohseni-Ejei, even among judiciary officials, stands out as someone particularly aligned with the country’s hard-liners and the IRGC’s intelligence organization.

Mizan News Agency, which is the news agency of Iran's judiciary, answered back to Alavi's claims regarding Dori Esfahani on Oct. 12. The article stated that Alavi's statements were "incorrect, from various perspectives." The article continued that only the judiciary has the authority to determine whether an individual is a spy, not the Intelligence Ministry. Shedding light on some of the domestic battles in Iran, the article also stated that the Intelligence Ministry is not the only agency that refers spies to the judiciary, but that the IRGC does so as well.

Alavi and the Intelligence Ministry operate under Iranian President Hassan Rouhani's administration. While the Intelligence Ministry is not completely under the president’s authority, given his background in security matters, Rouhani does wield power in this area and seems to be using it to push back against accusations of spying, particularly against someone on the negotiation team, which so far has been the signature foreign policy achievement.

The arrest has resulted in various reactions. Hamid Baeidinejad, Iran’s ambassador to the United Kingdom and a former nuclear negotiator, attempted to distance the nuclear negotiation team from Dori Esfahani. “Contrary to some media who are inclined to introduce Dori Esfahani as a primary member of the negotiation team, he was not a member of the negotiation team,” Baeidinejad wrote on his Instagram page. “He advised on some specialty fields, as a representative of his organization [Iran’s Central Bank] and with participation in some meetings.”

Baeidinejad re-emphasized that the Foreign Ministry, which led the nuclear negotiations, was not responsible for certifying the security qualifications of individuals who represented their respective specialty fields during the talks.

Baeidinejad’s explanation did not sit well with everyone. On their top story, conservative Vatan-e Emrooz newspaper quoted Baeidinejad and asked sarcastically, “Then why did he receive a medal?” A picture of a ceremony in which Rouhani gave medals to those who negotiated the talks accompanied the story.