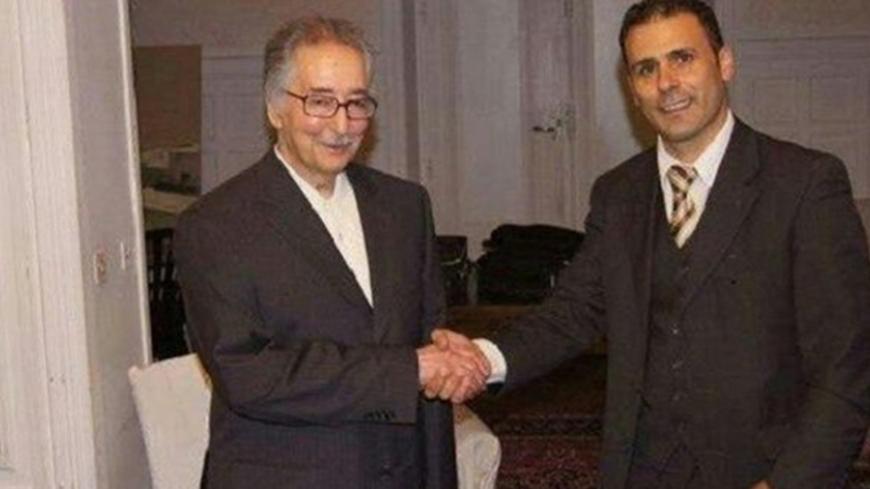 In July, Iran’s judiciary spokesman Gholam-Hossein Mohseni-Ejei confirmed to reporters that an Iranian-American citizen was arrested in the northeastern city of Gorgan. While Mohseni-Ejei did not confirm his name, many believed he was referring to California-based Reza “Robin” Shahini, who was visiting his mother in Iran.

The Intelligence Organization of the Islamic Revolutionary Guard Corps (IRGC) confirmed Aug. 31 that a dual national was arrested in July and has been handed over to the judiciary. According to the IRGC statement, the individual — who they did not name — is accused of “cooperating with hostile governments, actions against national security and communication with anti-revolutionary agents and media.”

The following day, conservative news agency Fars News published specific accusations against Shahini. According to the report, Shahini, 46, had left Iran as a refugee 16 years ago, and had attended university in San Diego. The article accused him of having links to the Mujahedeen-e-Khalq, anti-revolutionary groups and their media outlets.

The article published photos of Shahini meeting with Iranian opposition leaders, such as US-based Reza Pahlavi — the son of Mohammad Reza Pahlavi, Iran’s last monarch who was dethroned by the 1979 revolution — and France-based Abolhassan Bani-Sadr, the first president of Iran after the 1979 revolution, who was impeached after his first year in office. The article also published pictures of Shahini participating in the 2009 post-election protests known as the Green Movement, a movement the Iranian authorities refer to as the “2009 sedition.” Iran accuses Western countries of orchestrating those protests to destabilize the country.

The arrest of Shahini and the subsequent IRGC accusations followed by the media campaign are in line with Iran’s suspicions of attempts by Western countries to “infiltrate” the country and influence decision-making centers. Seyed Hossein Naghavi Hosseini, a parliamentarian and spokesman for the National Security and Foreign Policy Commission, said that IRGC intelligence officials recently briefed the commission on this so-called infiltration project. The goals of enemy countries in the short term, mid term and long term in the fields of politics, economy, culture and technology were reviewed and specified during the briefing, Hosseini said.

Hosseini added that the intelligence agencies of enemy countries have a particular focus on dual nationals in the infiltration project, saying that enemy countries have focused on all government officials — especially parliament members — and will attempt to compromise them or their family members.

The member of the negotiation team who was recently arrested for spying was a dual national, Hosseini said. Abdol Rasul Dori Esfahani, who was a member of the nuclear negotiation team working on banking affairs, was arrested and released on bail. Iranian negotiator Hamid Baiedinejad downplayed speculations that Dori Esfahani could be a spy, writing on his Telegram account that suggesting someone who has worked in important government positions for two decades could be a spy is an “insult ” to Iran’s intelligence agencies.

The dual national to make the news before Shahini was Homa Hoodfar, an Iranian-Canadian professor who was arrested in June. Hoodfar’s family says that she is being held in solitary confinement in Evin Prison, and that her health is deteriorating to the point that she has difficulty walking and talking.