Iranian negotiator Hamid Baiedinejad wrote on his Telegram account about the latest accusations against a fellow negotiator who was in charge of banking affairs. 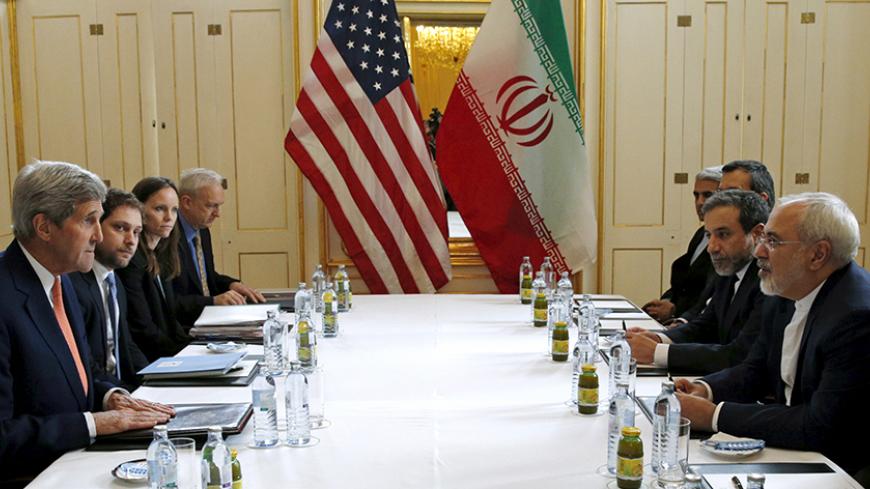 A conservative Iranian news agency reported Aug. 23 that Abdol Rasul Dori Esfahani, the nuclear negotiator in charge of banking affairs, was arrested for selling economic information to the intelligence agencies of foreign countries. The unconfirmed report cited comments by the Tehran prosecutor that a dual national had been arrested, whom many believed was a British-Iranian national. Days later, Deputy Foreign Minister Abbas Araghchi refused to confirm the news of the arrest, saying that it was the responsibility of the security and judiciary institutions to make such announcements.

Days later, judiciary spokesman Gholam-Hossein Mohseni-Ejei became the first judiciary official to confirm that an arrest had been made, though he did not confirm the name of the person arrested. Mohseni-Ejei said Aug. 28 that claims by an Iranian parliamentarian of a negotiator who had “penetrated” the talks was arrested were true and he is now out on bail. Many observers took this news as confirmation that Dori Esfahani had been arrested. The parliamentarian Mohseni-Ejei alluded to is Javad Karimi-Ghodousi, a conservative member of parliament who was the first government official to state Dori Esfahani’s name.

On Aug. 31, Iranian nuclear negotiator Hamid Baiedinejad, who is also the Foreign Ministry director for political and international affairs, became the first member of the negotiation team to respond directly to the accusations. On his Telegram account, when asked to respond to questions about Dori Esfahani, Baiedinejad wrote a series of comments. “Like other compatriots we are waiting for more precise clarifications on the accusations against Dori Esfahani,” Baiedinejad wrote in the first comment. He said that what has become clear up to now is that Dori Esfahani had been summoned by security officials and was let go without facing any charges.

Baiedinejad wrote that Dori Esfahani was a banking and financial adviser who was working with the nuclear negotiation team, while he continued to serve on the board of directors of Saman Bank. He said that before the nuclear negotiations, Dori Esfahani was involved in negotiations between Iran and the United States in The Hague, where he served as one of the arbitrators. Dori Esfahani had also worked as a legal adviser for the Defense Ministry, according to Baiedinejad. He said that accusations by some media outlets that someone who has worked in some of the most sensitive segments of the country for at least two decades could be a spy is an insult to the security and intelligence institutions of the country.

Most surprising of all, Baiedinejad said that Dori Esfahani does not have British citizenship, which casts doubts that he is the arrested dual citizen first announced by the Tehran prosecutor.

Baiedinejad believes the accusations against Dori Esfahani by conservative sites is rooted in attempts to show that Western countries had penetrated the Iranian nuclear negotiation team and this is why there are problems with the comprehensive nuclear deal. He wrote that even if the accusations against Dori Esfahani turn out to be true, the nuclear negotiations were so complex and involved so many different sides that one individual could not have influenced it to any large degree. Furthermore, he added that technical advisers such as Dori Esfahani only had access to their specific field and were not involved in other aspects of the confidential negotiations between the seven countries involved in the talks.

In other news, Iran's Foreign Ministry spokesman Bahram Ghassemi said that while Iran appreciates actions taken by Turkey against terrorists in Syria, they should be coordinated with the central government in Syria. Interestingly, this news was only published in Iran's Persian-language media and not on its English-language sites.