The arrest of Hassan Rouhani’s brother poses a major challenge for the Iranian president. 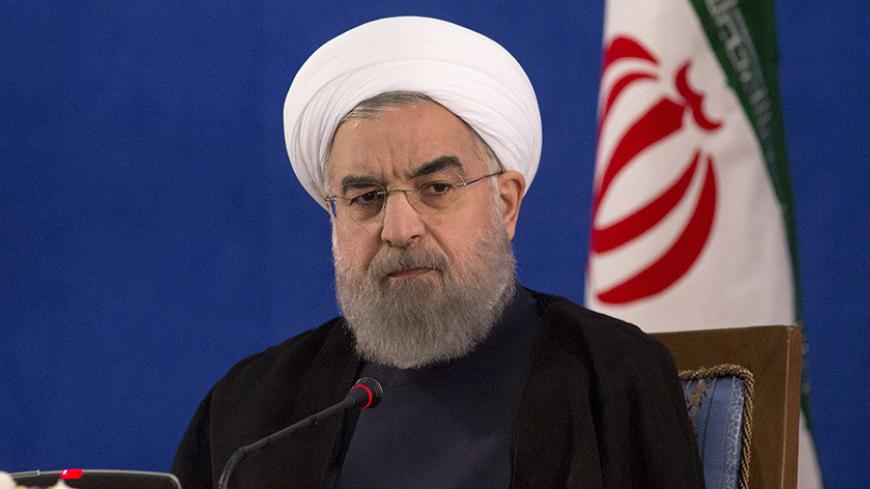 When the arrest of Hossein Fereydoun, President Hassan Rouhani’s brother, was announced July 16 at a live recording for a video channel associated with conservative Fars News, the audience erupted in applause. Conservatives have long sought his arrest, and so it was natural they would be elated by this news. While questions remain about the charges, the arrest sends a political message to the president, who is preparing to announce his new Cabinet as his second term begins.

On July 16, Gholam-Hossein Mohseni-Ejei, the spokesman for the judiciary, said that bail was set for Fereydoun and since he did not put up the bail he was taken to prison. He added that Fereydoun will be released as soon as he puts up bail. According to an Iranian news website that published Mohseni-Ejei’s comments, the accusations against Rouhani are “financial matters” but not related to any specific bank, as has been previously speculated.

Conservative websites, some of which are affiliated with the country’s security agencies, have thrown various accusations of economic corruption at Fereydoun. Last year, Fereydoun missed a number of important meetings and was rumored to have been sidelined. During Iran’s presidential election in May, conservative candidate Ebrahim Raisi alluded to Fereydoun, saying that “some of the closest” people to the president have cases with the judiciary but that Rouhani was preventing the judiciary from pursuing the case.

Conservatives have accused Fereydoun of being involved with the exorbitant salaries scandal of June 2016, in which leaked documents revealed to the public that government employees were receiving astronomical salaries. Fereydoun has also been accused of intervening in the affairs of state-run banks. The administration has denied all of the accusations.

Gholamhossein Karbaschi, the former Tehran mayor who has had his own corruption cases that some believed were politically motivated, told BBC Persian from Tehran that given Mohseni-Ejei’s language, it is likely that the case is still in the research stage, despite a bail being set. In the same interview, Iranian dissident Akbar Ganji said this case reflected a power struggle within the Islamic Republic.

Conservative Jahan News reported that the arrest of Fereydoun is “the most difficult test” for Rouhani’s presidency. The article stated that the president can either apply the law equally to everyone, as he promised to do in his campaign, or he can take revenge against the judiciary. Jahan also reported that Fereydoun was involved in hiring the heads of state-run banks and foundations and suggested that these positions were not given without expectations of kickbacks. According to the article, a businessman had signed over property to Fereydoun’s family members.

The official IRNA news agency reported on July 17 that Fereydoun had been transferred to a private hospital in northern Tehran for a “health problem” after appearing in court.

Later on July 17, it was reported that Fereydoun had been released on bail of 500 billion rials ($15.3 million).

In other news, on July 16, Mohseni-Ejei announced that an American citizen, Xiyue Wang, was sentenced to 10 years in Iran for spying for America. Wang is a graduate student from Princeton University who was studying the Qajar dynasty. According to Mohseni-Ejei, Wang was part of an “infiltration” project by the United States. After the nuclear deal, Supreme Leader Ayatollah Ali Khamenei said the United States would try to infiltrate Iranian institutions to spy and to influence important decision-making centers in the country.