Twenty-nine tribes and clans in the areas liberated during Operation Euphrates Shield announced the formation of a tribal council with the support of Turkey. 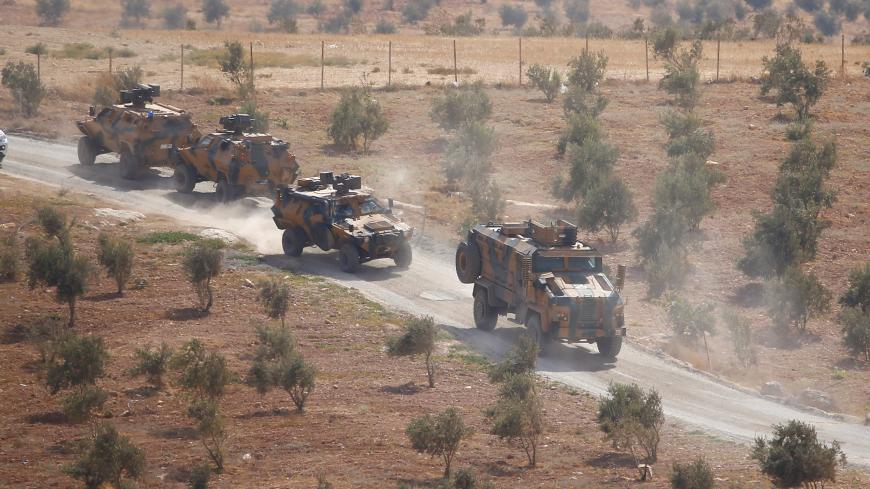 ALEPPO, Syria — A number of Arab, Kurdish and Turkmen tribes and clans in the areas liberated during the Turkey-led Operation Euphrates Shield formed the Council of Free Syrian Revolutionary Tribes on Sept. 25. A statement issued by the Turkey-backed council affirmed Syria's territorial integrity and ethnic unity and denounced efforts that would divide the country and establish sectarian and ethnic cantons — a pointed reference to Kurdish self-rule in northern Syria, which is being administered by the Kurdish Democratic Union Party and its military wing, the People's Protection Units.

The council was formed after various tribal and clan meetings over the past few months in Arab, Kurdish and Turkmen regions to discuss a unified council or councils of their own, said Khaled al-Jumaa al-Ujaili, a council member and representative of the Ajil tribe who spoke to Al-Monitor. A large number of members from the Bobatosh, an Arab clan, reside in the liberated areas, and on June 5 the clan announced the formation of its own revolutionary council to support the revolution and prevent division among the tribe in the village of Kafra, east of Azaz, in Aleppo’s northern countryside. It did not, however, join the new council. On July 4, the Ajil clan held a luncheon attended by the mayor of the Turkish city of Kilis and a number of dignitaries and military leaders affiliated with the Free Syrian Army (FSA) actions.

The Shamar clan held a meeting attended by its prominent figures on Aug. 12 to form a tribal council to issue unified statements to the other tribes of the liberated areas. On Sept. 8, the Tay and Damalkha tribes held a meeting in the town of Akhtarin, in the Aleppo countryside, as part of an effort to reunite tribes and clans in their areas. Some 200 dignitaries — military commanders from the FSA and Turkish officers — attended. Meanwhile, on Sept. 9, Turkish officers attended a meeting of Bobatosh tribal members to discuss unifying tribes in the northern Aleppo region.

Ujaili told Al-Monitor, “Tribes in the areas liberated during Operation Euphrates Shield began organizing among themselves about four months ago, until they declared the formation of the Council of Free Syrian Revolutionary Tribes. Twenty-nine clans joined the council, including Turkmen and Kurdish tribes.”

According to Ujaili, the council will choose a president in early November, and consultations are already ongoing between the council's clans. “The main objective of the council is to unite all clans of all sects [i.e., Kurds, Turkmens and Arabs] and to work to restore social cohesion among them in the areas liberated during the Operation Euphrates Shield,” Ujaili said. “The plan is also to generate support for the Syrian revolution and confirm that the tribal council is not concerned with addressing sensitive issues among tribes, but rather aims to achieve cohesion in revolutionary society in the liberated areas. We are drafting a charter that brings together all of the council clans.”

Nabih Musa, representative of the Kurdish bloc in the Free Syrian Revolutionary Council, told Al-Monitor, “One of the most prominent Kurdish tribes in the areas liberated during Operation Euphrates Shield are the Didan and Qarah Qij clans, and they were represented in the tribal council in order to support the Syrian revolution and the FSA factions, reject all the projects opposing the Syrian revolution, and promote social cohesion among the various Arab, Kurdish and Turkmen components.”

Khalid Othman, a member of the Baqara clan, said that the formation of the council followed on the opposition’s failed attempt at unifying its revolutionary institutions and from the FSA’s lack of unity in the liberated areas. It was, therefore, necessary to form the tribal council to bring together all the revolutionary forces, support the FSA and a unified national army and assuage the sense of frustration among revolution supporters. The unified national army is the military force the FSA factions and the opposition Syrian Interim Government are hoping to form in the liberated areas.

Othman told Al-Monitor, “The tribal council will increase the unity and cohesion of Syrians in the liberated areas, as they are threatened by disintegration and division. Tribal ties create cohesion among the diverse components of society.”

Khalil Abdallah, a media activist, told Al-Monitor, “Turkey supported tribal activities and meetings in the liberated areas over the past months as a prelude to the establishment of the unified tribal council and to strengthen [the tribes’] influence in the liberated areas. Through the establishment of the council, Turkey is seeking to enable these clans to communicate with each other and resolve conflicts that may arise in the future.”

Although Turkey controls the FSA factions in the liberated areas, it still needs the allegiance of the tribes spread across the areas they hold. Organizing the tribes into a council makes it easier for Turkey to control them. Hence, the new council's formation is a boon for Turkey.

The tribes constitute a strong suit in the civil war, so all the parties involved want to win them over. Turkey is trying to take advantage of the role the tribes play in the liberated areas while also preventing the regime of President Bashar al-Assad or the US-backed Syrian Democratic Forces (SDF) from enrolling them as allies.

Tribes are particularly prominent in northern and eastern Syria, where they have a lot of social clout. The SDF has relied on several tribes in the Aleppo and Raqqa countrysides in its fight against the Islamic State. Some tribes have also fought with the regime in Aleppo's eastern countryside. The establishment of the new tribal council in the liberated areas is a step aimed at getting the tribes to ally with Turkey.