Noose of investigations tightens around Netanyahu

New developments in the investigations directly or indirectly involving Prime Minister Benjamin Netanyahu suggest that indictments might be in his future. 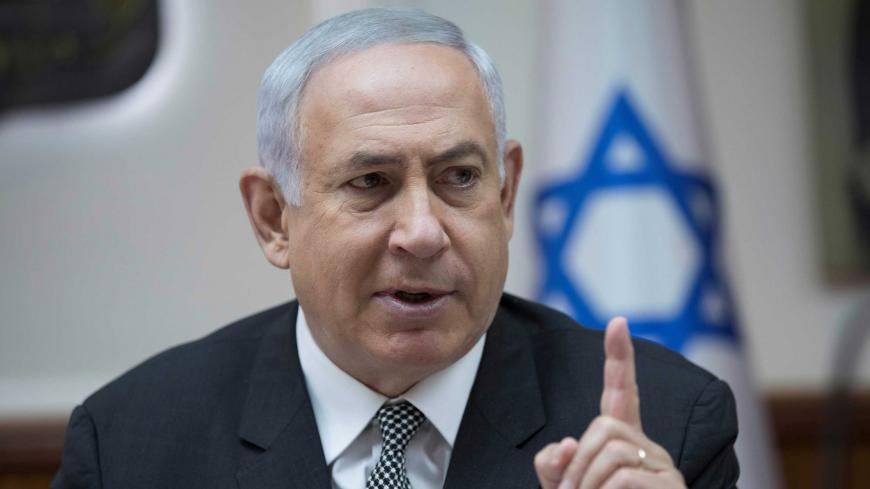 It has been almost two years now that Israeli police investigators have been searching — at first secretly, then intensively — for the other side of the bribery equation involving Prime Minister Benjamin Netanyahu. Netanyahu’s associate, Israeli-American billionaire Arnon Milchan, willingly provided the police who are working File 1000 with the details of the benefits of the $100,000 that he had in recent years showered on Netanyahu and his wife, Sara. The missing piece of the puzzle was the answer to one question: Did Milchan serve to gain anything from his generosity?

As long as nothing was known about what, if any, benefits Milchan received in exchange for what he provided, the suspicions against Netanyahu remained the relatively mild violations of fraud and breach of trust. The prevailing assessment was that Attorney General Avichai Mandelblit would be hard put to generate an impeachment process against an incumbent prime minister over an indictment for breach of trust or fraud, but when it comes to bribery, that is a different story altogether. At the end of August, the police appeared to be coming close to a milestone.

It turns out that Milchan, an international movie mogul who divides his time between Los Angeles and Israel, has been questioned under caution on several occasions at the Israeli Embassy in London. The police have prima facie evidence according to which Netanyahu used all his weight to convince British Jewish billionaire Len Blavatnik to acquire shares in Israeli Channel 10. A significant portion of those shares were held by Milchan in an investment gone bad, in which he stood to lose tens of millions of dollars. When Blavatnik acceded to Netanyahu’s request and acquired the channel, which he still controls, it redeemed Milchan's failed investment. The acquisition by Blavatnik was worth a fortune to Milchan.

Now that the police investigation rests on this factual base, it is likely that a serious indictment will be filed against the prime minister in the near future. Of note, the decision regarding an indictment is not made by the police, but by the attorney general. It must be emphasized that Blavatnik is not under suspicion for anything. He legally acquired the commercial television channel, period.

This has been one of Netanyahu’s worst weeks. Just prior to anticipated trips to South America and North America, starting Sept. 11, the noose of investigation is tightening around the neck of Israel’s eternal prime minister. In addition to his increasingly bleak-looking position regarding File 1000, the investigation in File 2000 — involving Netanyahu’s conversations with publisher Arnon Mozes for an alleged deal for positive media coverage — is also advancing. In addition, the submarine and naval vessel affair ratcheted up a notch, with another wave of arrests shaking up the Israeli military and political establishments. Netanyahu is currently not under suspicion in the submarine affair, but since the investigation has only recently gotten underway, and a large percentage of the suspects are close associates and advisers of Netanyahu, anything is possible.

The long-standing mantra of Netanyahu’s office and his fans — “There won’t be anything, because there was nothing” — now seems divorced from reality. Netanyahu has no intention of vacating his seat willingly, however, and will fight for it with all the means at his disposal. One of his political rivals in the Likud told Al-Monitor on the condition of anonymity, “Netanyahu won’t hesitate to burn down the house over its inhabitants. His personal [political] survival is more important to him than the public good.”

The submarine affair now threatens the Israeli defense establishment and is lifting the veil over the Israeli defense acquisition process itself, which is worth tens of billions of dollars. Netanyahu's former chief of staff David Sharan was arrested Sept. 3 on suspicion of accepting bribes. (Sharan had also served as senior aide to Energy Minister Yuval Steinitz.) Others arrested were Brig. Gen. (Res.) Shai Brosh, the former commander of Shayetet 13, Israel’s esteemed naval commando unit, and former minister Eliezer Sandberg, who is close to the Netanyahus.

Thus one sees how media advisers, political pals and business middlemen are striding in lockstep to police interrogation rooms. All this is the result of evidence obtained from state witness Miki Ganor over the course of a month. Ganor had been the representative for the German concern ThyssenKrupp, from which Israel is purchasing Dolphin submarines.

Amid all this, contacts are moving toward closure on a deal in which Israel will acquire another three Dolphins from Germany at a cost of billions. The Germans have already declared that if it emerges that the deal is tainted with corruption, it will be canceled. As of now, however, no corruption has been revealed on the German side. Meanwhile the Israeli side, or rather the Israel Police, is conducting its investigation under a heavy cloak of secrecy.

To date, quite a number of the prime minister’s close associates are under suspicion in the investigation. They include, in addition to Sharan and Sandberg, Netanyahu’s lawyer and cousin David Shimron, former Netanyahu chief of staff Ari Harow and Avriel Bar-Yosef, the former deputy head of the National Security Council (to which Netanyahu had appointed him). Netanyahu continues to assert that he didn’t know a thing, including that his cousin Shimron served as legal representation for ThyssenKrupp in Israel.

The big question is this: Will the police succeed in proving that Netanyahu did know about Shimron’s involvement in the billion-dollar deal? It was, after all, a deal that he, as prime minister, led. As of now, that question remains unanswered. Regardless, Netanyahu’s position looks precarious on all fronts.

If Netanyahu did know about Shimron’s involvement with the submarines, he will face criminal charges in this affair as well. If he didn’t know, it could cause a lot of people to wonder if such as person is sufficiently competent to lead the country. The submarine and naval vessel deal is viewed as a strategic transaction involving Israeli national security, and as such, it was administered and led by the prime minister himself. Responsibility for the deal was placed on his shoulders alone. “I didn’t know” is an excuse that could extricate Netanyahu from criminal charges, but not from the public’s blame.