Why are Netanyahu’s associates indicted in submarine scandal, but not the PM?

Revelations in the submarine scandal and indictments on bribery and breach of trust have turned it into the most serious case of security corruption ever exposed in Israel. 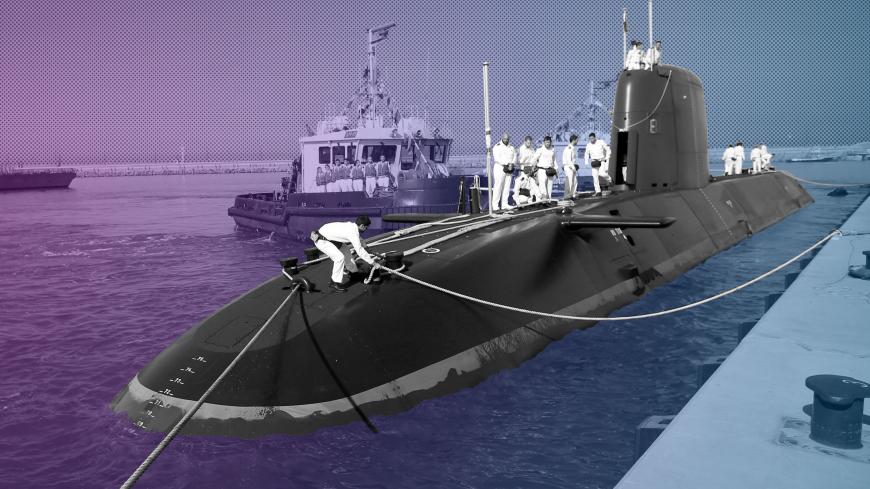 Israeli navy officers stand on the Rahav, the fifth submarine in the fleet, as it docks in Haifa, Israel, Jan. 12, 2016 - REUTERS/Baz Ratner

The indictments issued Dec. 5 in the “submarine affair” have left many Israelis wondering about the key question of how only Prime Minister Benjamin Netanyahu emerged virtually unscathed from the massive corruption scandal. How is it possible that some of the prime minister’s closest confidants — including his personal lawyer and cousin David Shimron, his designated national security adviser Avriel Bar-Yosef, former commander of the Israeli navy Eliezer Marom, and others — are up to their necks in the scandal, while the head of the pyramid manages to wriggle out without so much as police questioning under caution?

The affair was named after the purchase of three strategic attack submarines from the German steelmaker Thyssenkrupp, which Netanyahu sought to push through, but is in fact far broader than this one deal. It includes the purchase of additional military naval craft and an attempt by a group of business people, lawyers and former senior officers to take over Israel’s lucrative military acquisitions, dictate its components and rake in huge fees.

The question, following the investigation and this week’s indictments of many of those involved, is whether police have cracked the complex affair and laid it to rest. The answer is “no.” No one in Israel — other than a handful of researchers, journalists and conspiracy theorists — has a complete and convincing answer to the riddle at the heart of the scandal. The partial indictments announced by the state prosecution constitute a superficial, cosmetic handling of the rot that has spread through the holy of holies of Israel’s national security.

The affair initially appeared headed for speedy, easy resolution once Miki Ganor, a businessman catapulted into the fulcrum of Israel’s defense acquisitions, turned state’s witness. However, Ganor, who served as Thyssenkrupp’s Israel representative and was publicly dubbed a traitor once the story broke, recanted his testimony, generating evidentiary difficulties for the prosecutions. These difficulties enabled in turn his close associate David Shimron to emerge from the affair by the skin of his teeth with only a money laundering charge. Law enforcement authorities are hoping this is not the end of the affair. Ganor, 68, is not someone used to lengthy incarceration. The bribery indictment against him is particularly severe and the prosecution has decided to go after him with full force. “When he realizes that he faces over 10 years in jail — meaning that he will spend the rest of his life in prison — he may change his mind and agree to turn state’s evidence. This time it will happen on our terms, not his,” a law enforcement source who spoke on condition of anonymity told Al-Monitor several weeks ago.

Others among those indicted are also potential state’s witnesses, and some hair-raising twists and turns are apparently in the offing. The prosecution hopes future developments will help it to truly burst the abscess of corruption, the surface of which has now been exposed.

Could such developments ensnare Netanyahu at some point? There is no knowing, but quite a few people are undeniably hoping so. No one really believes Netanyahu promoted deals for the acquisition of submarines that the navy did not need — at least not as a first priority — and other overpriced boats from Germany without knowing that people close to him, such as Shimron, stood to pocket hefty fees. All that is missing is proof. All that is missing is a state’s witness who can confirm the suspicions. Netanyahu is still not considered a suspect, which thrills half of the Israeli public enormously but makes the other half seethe in anger and mistrust of the system.

Either way, in the wake of what has been described as the most egregious defense corruption scandal in Israel’s history, Germany has effectively suspended the 2 billion euro ($2.2 billion) submarine deal. While a memorandum of understanding for the purchase has been signed, the deal has not progressed since. The Germans are troubled by the affair and some believe the reason that Attorney General Avichai Mandelblit has not instructed police investigators to dig further and examine whether Netanyahu was involved was his concern that the Germans would scrap the deal altogether.

The submarines at the heart of the scandal are considered Israel’s most important strategic weapon (though an extremely expensive one). According to foreign media reports, they are supposed to provide Israel with second strike capability in case of a nuclear weapons attack on the Jewish state. Ancillary deals such as the purchase of patrol boats to defend Israel’s offshore natural gas drilling platforms are also stuck, for now.

This affair will dog Israel’s defense establishment for years to come and its damage is huge. It has totally shattered what was left of the public’s trust in its elected representatives and civil servants and its belief in the integrity of the state’s defense acquisitions and budgets. This is a gross violation of Israel’s holy of holies, but for now, no one seems to be paying the price in the polls or at the ballot box. While the prime minister’s image sustained certain damage when it transpired that a significant number of his people were involved in wide-scale corruption, he has somehow managed to steer clear of the flames. Not only has he not paid an electoral price, the opposite is the case: His acolytes are now taking advantage of the fact that he was not even questioned by police under caution to portray him as a martyr and accuse the media of needlessly slandering him.

The indictments announced this week do not provide full answers nor do they delve into two gaping black holes at the center of Israel’s public agenda. One is the question of why Netanyahu gave German Chancellor Angela Merkel the OK to sell Egypt strategic submarines of a similar model, which has been in the air for over a year without providing any answer. The leaders of the opposition Blue and White party, three of them former heads of the Israel Defense Forces (one of the three — Moshe Ya’alon — who also served as Netanyahu’s defense minister and claims he was duped by him in the submarine scandal), believe Israel’s greenlight on the Egypt sale was tainted by deep corruption.

They point to the close ties between Netanyahu and another cousin, American industrialist Nathan Milikowsky and his links with Thyssenkrupp as proof that the whole affair is tainted by deep systemic corruption. Milikowsky has been supporting Netanyahu with large sums of money for years. A business relationship between them reportedly netted Netanyahu a massive profit of tens of millions of dollars, even as Milikowsky served as a raw material supplier for Thyssenkrupp. Is there a connection between the fortune that Milikowsky lavished on his cousin and his financial interest in Thyssenkrupp, on the one hand, and the fact that Netanyahu was aggressively pushing billions of dollars in deals with that same Thyssenkrupp? All these matters have not been investigated yet, and these two issues — the Egypt submarine sale and the Netanyahu-Milikowsky connection — are at the center of a demand by Blue and White for the formation of an official commission of inquiry to provide the Israeli public with the requisite answers.

Israel is likely headed for a third round of elections next February. The resurfacing of the submarine affair with the indictments undoubtedly does not bode well for Netanyahu. However, anyone who knows the prime minister knows that this time, too, he will evade the line of fire and flee the scene in order to reach the goal he missed in the two previous elections this year — a 61-seat Knesset majority without his nemesis, Yisrael Beitenu leader Avigdor Liberman. 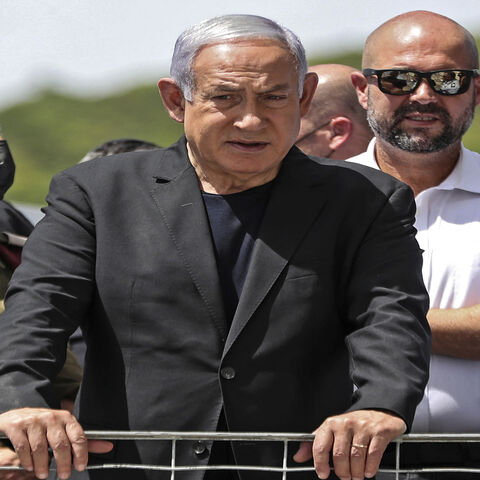