In a July 25 interview made public Tuesday, the president said he canceled a CIA program to train and equip moderate Syrian rebels after weapons ended up in the hands of Al-Qaeda. 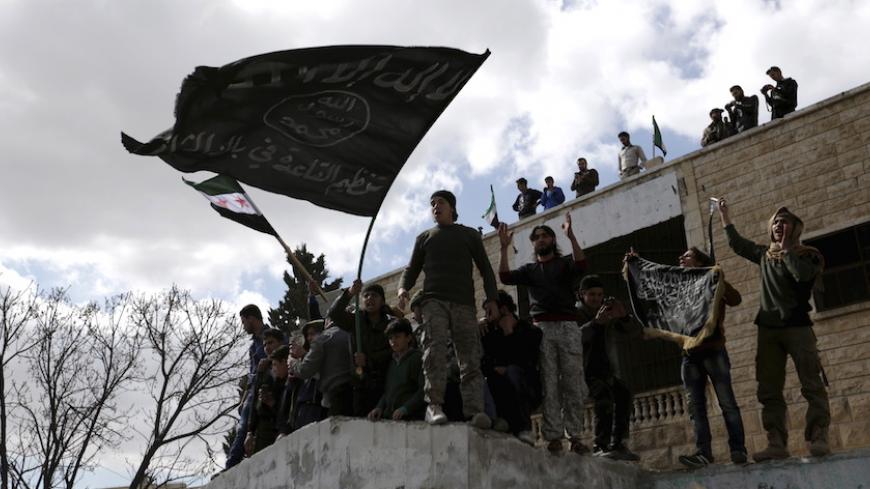 The White House decided to cancel a covert program to train and equip moderate Syrian rebels after weapons ended up in the hands of Al-Qaeda fighters, President Donald Trump said in an interview transcript released today.

The CIA program was begun by intelligence officials during the Barack Obama administration in an effort to push Bashar al-Assad to the negotiating table. The Washington Post first reported its termination last month.

But Trump disputed the accounts of US officials quoted by The Washington Post who said he decided to cancel the program ahead of a summit with Russian President Vladimir Putin in July. Rather, Trump said the decision was made by “people, not me.”

“That was not something that I was involved in, other than they did come and they suggested,” Trump told Wall Street Journal editor-in-chief Gerard Baker in a July 25 interview whose transcript was released by Politico today. “It turns out it’s ... a lot of Al-Qaeda we’re giving these weapons to.”

Trump’s brief comments provide the most detailed rationale to date for canceling the program. The move was criticized by Syria hawks, including Senate Armed Services Committee Chairman John McCain, R-Ariz., who complained the move emboldened Russia’s ongoing intervention in Syria.

Gen. Raymond Thomas, the head of US Special Operations, also confirmed that the program had ended at the Aspen Security Forum last month. He also denied the move was meant to assuage Russian concerns and questioned the efficiency of the program.

Still, US officials maintain that they foresee a future Syria that does not include Assad. Secretary of State Rex Tillerson said Monday that Assad’s regime had “no role in the future governing of Syria,” and that the United States was working with Moscow to achieve a unified government.

With the CIA program’s cancellation, it remains unclear what future role, if any, the US government will play in supporting anti-government rebels fighting for Assad’s ouster. These include Syrian Democratic Forces (SDF) who have taken the lead in ousting the Islamic State (IS) from Raqqa.

Despite fears that some of the trainees may have switched sides, the decision to terminate the program has some US officials worried that without a viable alternative to Assad, Iran and Russia could become increasingly assertive in a post-IS Syria.

“Today, you have Iran extending its reach, making an effort to cross the borders and link up from Iraq,” CIA Director Mike Pompeo said at the Aspen Security Forum. “They now have a significant foothold in Syria.”

The Syrian regime’s victory over rebel forces in Aleppo last year, for instance, came with significant Russian and Iranian support.

In an interview with PBS last month, Iranian Foreign Minister Javad Zarif confirmed that the country has military advisers “in both Iraq and Syria.” The full extent of Iran’s presence in the country is unknown, although some 2,000 Islamic Revolutionary Guard Corps troops were stationed there at the beginning of the conflict.

Russia may have as many as 4,000 troops stationed in the country, but it has proven effective primarily through air strikes against Syrian rebel forces. Moscow has provided more than a dozen Sukhoi Su-24 fighter jets that can be outfitted with laser-guided bombs and missiles.

For its part, the US Defense Department has not elaborated upon how it plans to deal with Russian and Iranian influence in the region after the likely defeat of IS in Raqqa. Pending defense legislation in Congress, however, authorizes funding for new facilities, weapons caches and staging areas that could be used in the future, pointing to a continued US military presence.