The US decision to pull the plug from the CIA’s training and equipment program for the Syrian opposition will affect Turkey’s plans for Idlib in northern Syria. 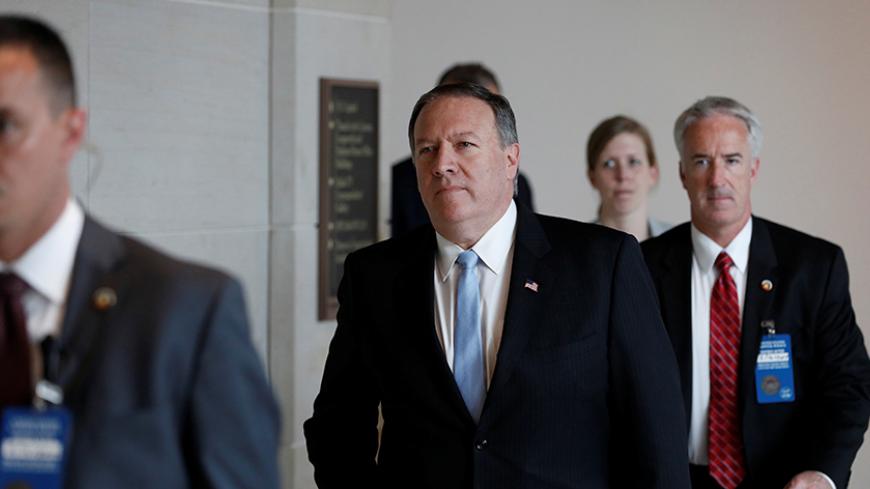 US President Donald Trump’s recent decision to terminate a covert CIA program to train and equip Syrian opposition militants is generating multiple potential scenarios of the beginning of the end for Ankara’s plans in northern Syria, which included expanding the area Turkey controls as far as Idlib.

Though the United States had been paying more attention to the southern Syria front and to US relations with Kurdish allies, CIA-run operations with allied intelligence services from their Turkish base were also important in many respects. That program gave the CIA a strong voice in training and equipping selected opposition fighters and also in distributing weapons and equipment procured with money from Gulf states.

The United States announced the decision last week, but according to undisclosed US officials cited by The Washington Post, Trump made the decision to terminate the CIA program after discussing it with CIA Director Mike Pompeo and national security adviser H.R. McMaster before meeting July 7 with Russian President Vladimir Putin in Hamburg.

The United States and Russia concluded their negotiations for a deconfliction zone in southern Syria near Jordan, and the agreement went into effect after the Hamburg summit, indicating that the CIA and the Pentagon had cast aside their Jordan-based operations against Syrian President Bashar al-Assad. The Antakya and Gaziantep joint operations centers in Turkey, which are duplicates of the Jordan centers, played roles in many developments in northern Syria, especially Idlib's capture in March 2015. These operations rooms have enabled the CIA to coordinate operations in Syria.

Terminating the CIA program could lead to a new process.

Salafist, Islamist and moderate groups trying to take on al-Qaeda-linked Hayat Tahrir al-Sham (HTS), which now controls most of Idlib, could lose even more ground.

US, Turkish and Saudi intelligence officials in the joint operations centers had taken some steps to improve the field situation after al-Qaeda fighters gained strength in Idlib. In September, the allies consolidated three groups — al-Firqat al-Shimali, Liwa Shukur al-Jabel (Mountain Hawks Brigade) and Firka 13 (Division 13), which they already supplied with TOW anti-tank guided missiles — under the banner of the Free Idlib Army. But this new "army" could not take on the stronger Islamist organization. In February, US, Saudi and Turkish intelligence services called in leaders of local groups and told them that unless they could form a workable joint front, the joint operations center would cut off assistance, which included fighters' salaries, light weapons, ammunition and anti-tank missiles. Faced with this ultimatum, 17 organizations declared they had united under the Northern Front Operations Room.

In parallel efforts, Turkey conducted a series of meetings in Ankara with Syrian militia leaders to set up armies called Jaish al-Watan and Jaish al-Tahrir to extend Operation Euphrates Shield to Idlib, but the effort failed. Cutting off assistance to these groups will make them even less relevant.

Western- and Gulf-supported groups may come under more pressure to join the peace talks at Astana, Kazakhstan. Currently on the Idlib front, HTS is consolidating its hold over the area. Clashes started between Ahrar al-Sham and HTS on July 18. On July 19, HTS captured three towns from Ahrar al-Sham, then four the next day, though angry citizens in one of the towns, Saraqib, forced HTS to withdraw. After only three days, HTS had captured most of Idlib.

Now Turkey has had to send 150 fighters it had "borrowed" from Ahrar al-Sham back to Idlib to help out.

Turkey’s support to groups active in the north depended mostly on financing from the Gulf countries, which might be affected by the CIA’s exit. There will definitely be implications of the Gulf-Qatar crisis on the northern Syria front. Saudi Arabia, upset with Turkey for its support of Qatar, is not expected to cooperate more with Turkey in northern Syria. We have to remember that the conquests of Aleppo and Idlib in 2015 were made possible mostly by generous support from the Saudis.

Qatar, which is being squeezed by sanctions imposed by its Gulf neighbors, naturally is not expected to maintain its support of Syrian groups in the north.

Those criticizing Trump’s decision say that, in the absence of the CIA, Turkey and the Gulf countries might begin supplying the radical groups with advanced anti-aircraft weapons, especially MANPADS (shoulder-fired missiles). With the CIA's presence, countries supporting groups on the ground were acquiring some level of immunity. Now with the CIA leaving, these countries will have to think twice before continuing with their assistance to nongovernment armed groups.

The CIA’s withdrawal might also affect Ankara's operational plans regarding Idlib. Ankara was relying on Ahrar al-Sham to end the HTS domination there, but Turkey’s hopes were misplaced.

All these developments may well drag Turkey into a direct confrontation with HTS instead of using proxies, which would mean fresh upheaval and violence in northern Syria.