Israel considers itself the homeland of the Jewish nation, but failed to defend Americans Jews after the recent white supremacist and anti-Semitic rally in Virginia 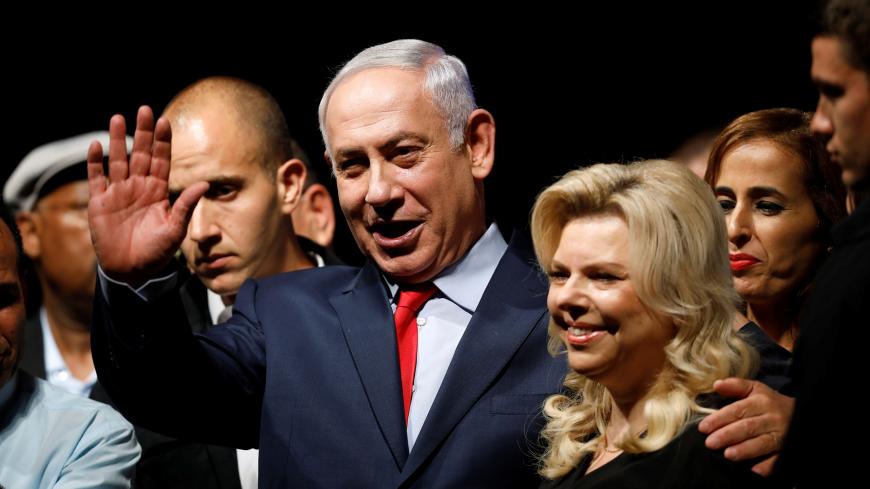 Israeli Prime minister Benjamin Netanyahu (C) and his wife Sara react to his supporters during an event by his Likud Party in Tel Aviv, Israel, Aug. 9, 2017. - REUTERS/Amir Cohen

Some 3,000 Israelis, the vast majority of them Jewish, answered the call to rally on Aug. 9 in support of an Israeli family. Members of the Likud came in droves, many of them bussed in, to demonstrate their solidarity with Prime Minister Benjamin Netanyahu and his wife Sara, who portray themselves as besieged by the media and the liberal left, which they say is plotting a coup against the Israeli government.

Thousands of other Israelis have been going out every Saturday night for almost 40 weeks to demonstrate against corruption. On Aug. 18, dozens of demonstrators gathered in Jerusalem’s Palestinian Sheikh Jarrah neighborhood to express solidarity with the Shamasna family, who faced an eviction order from their hovel of a home. Had Israel been merely the “state of the Israeli people,” the willingness of its citizens to leave their air-conditioned homes at the height of the summer months would have been a commendable display of civic involvement.

But even 70 years after its founding, Israel is not content with what it has. It keeps boasting of being the Jewish state, and its leadership is currently striving with the Nationality Law to anchor its status as the “state of the Jewish people.” Such a title implies responsibility for the fate of the Jewish people in the Diaspora. Responsibility devoid of involvement is like a demonstration devoid of demonstrators — like the empty town squares in Jerusalem and Tel Aviv while American Jewry is experiencing one of its hardest moments.

Many in Israel tut-tutted and cringed at the sight of Americans in Charlottesville marching in swastika-printed T-shirts raising their arms in Nazi salutes toward the cameras and waving Nazi flags. They were shocked to hear protesters shouting, “Jews will not replace us,” “blood and soil” and other Nazi-era slogans.

The pro-Israel AIPAC lobby deviated from its usual practice of avoiding public comment on events unrelated to Israel and condemned the pro-Nazi displays. In a clear reference to President Donald Trump, it urged “all elected officials to reject moral equivalence between those who promote hate and those who oppose it.” For decades, Jewish organizations with AIPAC as their leader have taken strong public stands against presidential moves they deem harmful to Israel’s interests. Empathy with American Jews is the least that American Jewry and its institutions could expect from their Israeli brethren. It would have been only natural for Israelis to express solidarity with the millions of Americans whose president refuses to differentiate between violent neo-Nazis and their opponents, who he simplistically dubs the “alt-left.”

A survey conducted by the Pew Research Center provides a possible explanation for this betrayal by Israelis of American Jewry. The poll was conducted in 37 countries around the world, between January and May 2017, among 40,000 respondents. Its results indicate that Israel is one of only two countries — the other being Russia — where Trump enjoys more sympathy than did his predecessor, Barack Obama (56% compared with 49%). Trump garnered the support of a little less than 25% of Jewish voters in the November 2016 elections. The rate of support for Trump among Israelis is double that among Jewish citizens of the United States.

Manifestations of anti-Semitism abroad can always be counted on to prompt calls by some senior Israeli politician for Jews to immigrate to Israel. Take, for example, the performance by Netanyahu on the day after the January 2015 terror attack at the Jewish supermarket in Paris.

When terror strikes in Trump’s country and the assailants are not called Mohammed or Ahmed, Netanyahu does not dare draw the Holocaust weapon from his arsenal. The only reference by the Netanyahu family to Trump’s outrageous equivalency between the neo-Nazis and their opponents came from his son Yair. He stepped up to defend the president, writing on Facebook that neo-Nazis are a thing of the past, whereas the thugs of “Antifa and BLM who hate my country (and America too in my view) just as much are getting stronger,” referring to the leftist anti-fascist and Black Lives Matter organizations.

In an Aug. 16 interview on Israel’s Channel 2 television, Richard Spencer, one of the heads of the so-called alt-right movement, told the interviewer, “As an Israeli citizen, someone who understands your identity, who has a sense of nationhood and peoplehood and the history and experience of the Jewish people, you should respect someone like me who has analogous feelings about whites. I mean, you could say that I’m a white Zionist in the sense that I care about my people. I want us to have a secure homeland that for us and ourselves just like you want a secure homeland in Israel.”

But if they were to leave the United States, where should American Jews who want to raise their children in a country that guarantees equal rights for all its citizens regardless of religion, race and sexual orientation go? What awaits liberal American Jews in a country like Israel, whose leadership seeks to legislate the theft of private Palestinian land, delegitimize peace organizations and undermine the authority of law-enforcement entities?

The Charlottesville events will go down in the annals of Israeli history as one of the grimmest chapters in ties between the “Jewish state” and the strongest Jewish community in the world. When Israel is in trouble, American Jews, whether Reform, Conservative or Orthodox, stand by its side. When American Jews found themselves in trouble, Israeli Jews, whether secular or religious, left wing or right, saw nothing, heard nothing, said nothing. Israeli citizens can only hope that the Jewish community in Virginia and the AIPAC offices in Washington have not heard the motto favored by the prime minister of Israel, who presumes to lead the Jewish people in the conflict with the Palestinians: “If they give, they will get; if they don’t give, they won’t get.”