Is Netanyahu’s son pulling him to the far-right? 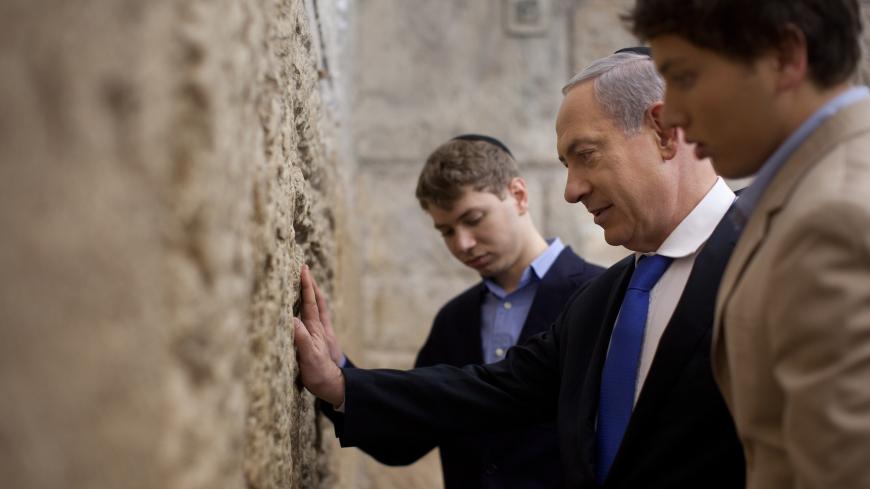 On Aug. 12, an ultranationalist in a far-right-wing rally in Charlottesville, Virginia, killed 32-year-old left-wing American activist Heather Heyer. A short time later, Yair Netanyahu, the son of Prime Minister Benjamin Netanyahu, posted a comment on his Facebook page. “To put things in perspective,” wrote Yair. “I’m a Jew, I’m an Israeli [and] the neo-Nazi scums in Virginia hate me and my country. But they belong to the past. Their breed is dying out. However, the thugs of Antifa and BLM [Black Lives Matter] who hate my country (and America too in my view) just as much are getting stronger and stronger and becoming super dominant in American universities and public life.”

He took care to publicize the post in Hebrew and English. A public storm broke out in Israel almost immediately. In contrast to his father, Yair does not even try to hide behind a fake mask of political correctness. He made the exact same comparison as did US President Donald Trump a few days earlier when Trump denounced extremists from “both sides” after the Virginia events.

Yair went beyond Trump’s words. According to the doctrine of Yair, considered by his family as “the official heir,” the damage done by left-wing organizations and organizations fighting for the rights of blacks is greater than the “marginal” damage inflicted by neo-Nazis and white power supremacists.

Yair, 26, is viewed as the strongest, most dominant figure in the official Jerusalem residence. Gossip about the power of Sara Netanyahu and her ability to manipulate her husband’s decisions has been heard in Israel for eons. Now, it seems, it is actually the firstborn son who rules the roost over both of them. Netanyahu has an older daughter from a previous marriage, but his family at the Jerusalem residence does not really count her as important. It is the son who rules both the father and mother; Yair is the "holy spirit."

In the early days after the Virginia events, Netanyahu himself kept mum and did not publicize any kind of statement. For this, he was severely criticized in the Israeli political system, mainly but not only from the left. Even personalities such as Yesh Atid leader Yair Lapid, who usually avoids censuring the prime minister on foreign affairs issues, expressed his strong opinion on the matter.

Only three days after the slaying and 24 hours after Trump corrected his response and publicized a more explicit condemnation of the alt-right activists and neo-Nazis who marched in Virginia did the prime minister also join the admonishers. That is because Netanyahu is trying not to get on the president’s nerves these days. The strong differences of opinion between them regarding the emerging arrangement in Syria, which was revealed in a previous Al-Monitor article, is enough of a headache for the prime minister. But Netanyahu’s son, in contrast, does not view himself as bound by these rules of behavior.

Many view Yair as the alter ego of his father. “Yair says what Netanyahu thinks,” a high-level Likud source told Al-Monitor on condition of anonymity. “What he hears in the prime minister’s residence living room, he expresses on Facebook. He can allow himself to do so because he holds no official state position, and he has no inhibitions or mental blocks.”

There are many signs that the reality may be even more extreme than this description. According to many sources who are knowledgeable about what goes on in the prime minister’s home, Yair does not merely listen to the dialogue between his parents and translate it in the external world. Instead, they say, Yair is the one to dictate the dialogue. Yair is the engine behind his father’s right-wing radicalization, and he doesn’t hesitate to “tell off” his father when the two disagree. Yair is attentive to the goings-on on social networks, and he is viewed as the figure behind several of the prime minister’s more combative responses to newspaper articles over the last two years.

If we return for a minute to the father, we cannot help but note the growing similarities between Netanyahu and Trump with regard to political machinations. Netanyahu and Trump both owe their present positions to the far-right. With Trump, it is the alt-right and white-power supremacists in all their stripes. With Netanyahu, by contrast, it is the settlers, including the extremists among them.

It is important to emphasize that in Israel, most of the settlers are viewed as a law-abiding public with values. However, there is a minority of settlers associated with extremist elements who hold anarchist and racist views. Thus, there is no intent here to create any kind of comparison between neo-Nazis in the United States and the settlers in Israel.

One way or the other, Netanyahu, like Trump, tries not to antagonize this electoral base. In the last few weeks of his electoral campaign for the 2015 elections, he turned to this base, the West Bank settler activists, and roused them to make strong efforts and mobilize. These efforts resulted in his re-election. The prime minister even succeeded in gaining quite a number of votes that usually go to Naftali Bennett’s HaBayit HaYehudi. This is the reason that in recent years the prime minister dances to Bennett’s tune and tries to pass him on the right in every issue, debate or public discussion. This course of action reached its heights in the affair of Israeli soldier Elor Azaria who shot an incapacitated terrorist in Hebron. In that saga, Netanyahu adopted a stance opposite that of the defense establishment, the Israel Defense Forces top brass and then-Defense Minister Moshe Ya’alon. Netanyahu knew that the extreme right supported the soldier, and he joined ranks with them.

The situation is similar with Trump, except for one thing: The American president took action last week and dismissed the person who represented the alt-right in the White House, his top strategic adviser, Steve Bannon. While the effect of Bannon’s dismissal on Trump’s policies and stances is still unclear, what is clear is the fact that Trump evidently understood that Bannon had crossed several red lines, and he took action.

It will do us no good to wait for similar action by the prime minister because the person most similar to Bannon in Netanyahu’s court is Yair, and he cannot be dismissed. Yair has been raising a lot of commotion lately and not just regarding the Virginia affair. He has posted a number of unrestrained, incitement-filled texts against the Israeli left on his Facebook page to the extent that one of the left-wing organizations is suing him for libel.

And Yair leaves the impression that he has no intentions of calming down. His opinions are far more extreme-right than his father’s; they are full of racism, hatred of Arabs and minorities, and contempt for anything smelling of liberalism or moderation. During the era of President Barack Obama, it was Yair who carried the grudge of resentment and contempt in the direction of the American president. His father hardly did a thing to rein in his errant son.

To Netanyahu the father, his son carries out a vital role: He sends signals to the far-right as to where the heart of the Netanyahu family really lies, even though the body itself is not always able to express those same positions.