What Iran-Qatar reset means for Syria

Iran adds another “Sunni” power to its regional network; Turkey ponders next moves in Idlib; Israel presents the “big picture” on Iran in Washington and Sochi, Russia; Akiva Eldar on Israel’s silence over Charlottesville. 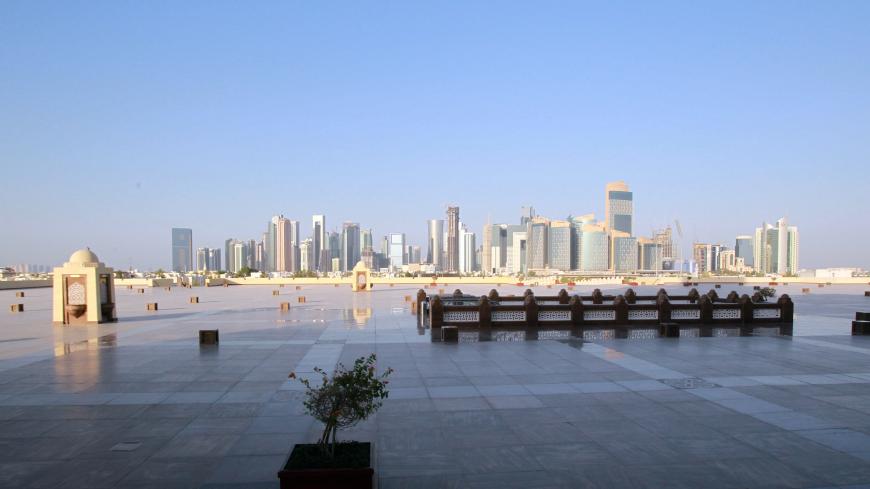 Qatar’s Aug. 23 decision to return its ambassador to Tehran could strengthen Iran’s hand in Syria, while further blurring the Sunni-Shiite fault line in the region.

No surprise that Qatar’s announcement that it aspires to “strengthen bilateral relations with the Islamic Republic of Iran in all fields” has inflamed the crisis in the Gulf. Anwar Gargash, the United Arab Emirates minister of state for foreign affairs, said the decision “embarrasses Qatar.”

The Qatari decision caught the United States flat-footed. The US State Department spokesperson said, “There are diplomatic things that may be going on that we’re simply not aware of or can’t speak about right now. … I’m just not going to characterize it, whether it’s a good thing or a bad thing. But overall, we remain very concerned about the status of this dispute and we’re making those messages clear.”

With the reset in ties with Qatar, Iran has now added a second “Sunni” state to its regional network. The telephone call between Iranian Foreign Minister Mohammad Javad Zarif and his Qatari counterpart, Sheikh Mohammed bin Abdulrahman Al Thani, comes less than two weeks after the visit of Maj. Gen. Mohammad Hossein Bagheri, Iran’s chief of general staff, to Ankara.

Like Turkey, Qatar has been a significant player in Syria by supporting opposition forces, especially the Salafi armed group Ahrar al-Sham, the on-again, off-again partner of Hayat Tahrir al-Sham, formerly known as Jabhat al-Nusra, which has had links with al-Qaeda. Hayat Tahrir al-Sham presently has the upper hand in the battle for Idlib, where there are no winners, especially the people there who suffer under these armed gangs’ violence, thuggery and draconian imposition of Islamic law.

While Tehran and Doha may differ about the future of Syria, there is at least an expanding conversation among the regional powers, and that can only be to the good if the objective is to sustain the momentum created by US-Russian coordination in Syria and the Astana deconfliction process, which have helped give Syrians some reprieve from the war.

No doubt Yemen will also be on the agenda for future Iran-Qatar bilateral talks. Saudi Arabia can hardly be warmed by the thought of Iran-Qatar consultations on Yemen, where the kingdom is facing increased international scrutiny and criticism for airstrikes that have killed dozens of civilians in recent weeks.

Al-Monitor reported in March, “While the United States is consumed with planning for unseating the Islamic State [IS] in Raqqa, Idlib may prove a comparable or perhaps even more explosive fault line because of the blurred lines among anti-Western Salafi groups such as Ahrar al-Sham, which is backed by Turkey, and Hayat Tahrir al-Sham [which is linked to al-Qaeda]."

Ali Hashem this week provides further details on Iranian-Turkish consultations about Idlib. “To Iran, ending the war in Syria needs Turkish assistance, given Ankara’s good ties with several groups that Tehran describes as 'terrorists,'” writes Hashem. “Either Turkey abandons these groups or convinces them to disarm, and then an everlasting political solution will become a reality. The side agreement on Idlib, which Turkey’s Daily Sabah called a joint mechanism, was agreed upon within the framework of the Astana talks meeting in Tehran on Aug. 8-9. The Tehran meeting was held away from the media, upon Ankara’s request.”

The plan for Idlib, however, is hardly a done deal. Amberin Zaman writes, “Turkey has asked Syria’s most muscular Sunni Arab opposition militia, the al-Qaeda-linked Hayat Tahrir al-Sham” to disband itself. Zaman also says the “United States was exploring ways to take joint action with Turkey in coordination with Russia to free Idlib of [Hayat Tahrir al-Sham], which all three consider a terror group.” And then there is the Syrian government, which will also have its say.

The mistake in Idlib would be to give a reprieve to either Hayat Tahrir al-Sham or Ahrar al-Sham. In our score, their battle is mostly a family fight among armed jihadi groups that offer Syria no hope for a secular, tolerant or peaceful future. Any plan for Hayat Tahrir al-Sham or Ahrar al-Sham to disband should include — for those who are not unrepentant terrorists or criminals — a process of disarmament, demobilization and reintegration. Otherwise, the day of reckoning with those groups will only be deferred.

Israel presents "big picture" on Iran to US, Russia

Ben Caspit quotes an Israeli security official as telling their US counterparts last week, “'Whatever happens here after the war in Syria will shape the face of the Middle East, and perhaps the entire world, for generations. If the cease-fire agreement does not also include a Shiite retreat, and not just a victory over the Sunnis, a disaster will happen. You’re disturbing the incredibly delicate balance in the Middle East,' he warned. 'The immediate price will be paid by those who live here, but in the end, the bill, once again, will be sent to you.'”

Caspit writes that Israeli “Prime Minister Benjamin Netanyahu sees this current diplomatic effort as a continuation of his efforts to thwart the Iranian nuclear deal. He is doing exactly what he did during 2009-14, but hoping that he’ll have greater success this time.”

In addition to the Aug. 18 visit to Washington by a senior Israeli security delegation led by Yossi Cohen, the head of Mossad, “This big picture is what the Israelis are also presenting to the Russians,” Caspit adds. “Cohen and the new National Security Council head, Meir Ben-Shabbat, flew with Netanyahu to [Sochi, Russia, for the Aug. 23] meeting with [Russian President Vladimir] Putin. Netanyahu told Putin that Iran’s presence in Syria is a threat to Israel, the Middle East and the entire world. He noted that Iran continues to threaten Israel's existence, to support terrorist organizations and to develop its missile capabilities. … Intelligence presented to Putin was meant to show him that Iran is not the stabilizing and responsible regional actor the Russians believe, but the complete opposite.”

Caspit continues, “At the moment, Israel is less worried about the situation in the Golan Heights, where it is clear that the Israel Defense Forces won't allow the Iranians or their surrogates to take hold. The Israeli concern is focused on what’s happening in Syria and Lebanon. Reports that work is beginning to build a factory to produce precision rockets in Lebanon, using Iranian and North Korean technology, have caused much consternation in the region. Israel, as previously reported, does not intend to let such a factory reach the production stage. It hopes that Moscow and Tehran will at some point grasp this.”

Akiva Eldar writes, “When terror strikes in Trump’s country and the assailants are not called Mohammed or Ahmed, Netanyahu does not dare draw the Holocaust weapon from his arsenal. The only reference by the Netanyahu family to Trump’s outrageous equivalency between the neo-Nazis and their opponents came from his son Yair. He stepped up to defend the president, writing on Facebook that neo-Nazis are a thing of the past, whereas the thugs of 'Antifa and BLM who hate my country (and America too in my view) just as much are getting stronger,' referring to the leftist anti-fascist and Black Lives Matter organizations.”

Eldar concludes, “The Charlottesville events will go down in the annals of Israeli history as one of the grimmest chapters in ties between the 'Jewish state' and the strongest Jewish community in the world. When Israel is in trouble, American Jews, whether Reform, Conservative or Orthodox, stand by its side. When American Jews found themselves in trouble, Israeli Jews, whether secular or religious, left wing or right, saw nothing, heard nothing, said nothing. Israeli citizens can only hope that the Jewish community in Virginia and the AIPAC [American Israel Public Affairs Committee] offices in Washington have not heard the motto favored by the prime minister of Israel, who presumes to lead the Jewish people in the conflict with the Palestinians: If they give, they will get; if they don’t give, they won’t get.”