Has US sacrificed Israel for Syria deal? 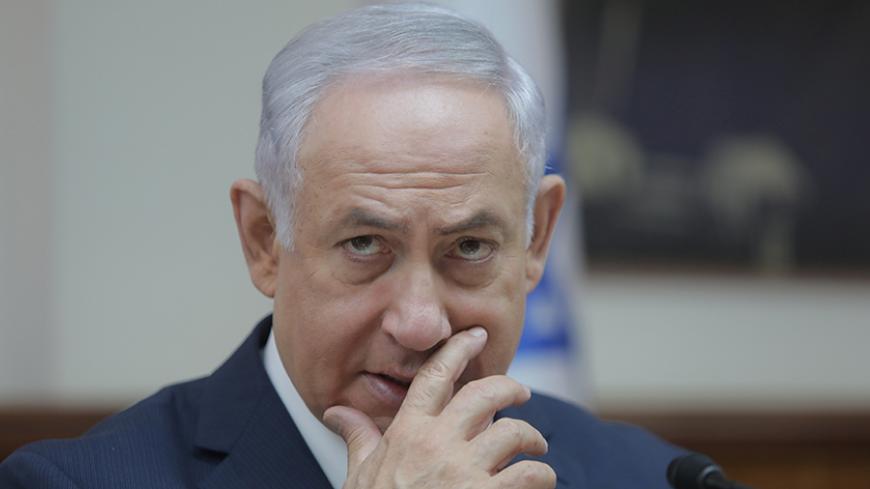 Senior Israeli Cabinet ministers refer to the US-Russia deal on Syria as a strategic failure of the highest level. One minister told Al-Monitor on condition of anonymity, “The United States threw Israel under the bus for the second time in a row. The first time was the nuclear agreement with Iran, the second time is now that the United States ignores the fact that Iran is obtaining territorial continuity to the Mediterranean Sea and Israel’s northern border. What is most worrisome is that this time, it was President Donald Trump who threw us to the four winds — though viewed as Israel’s great friend. It turns out that when it comes to actions and not just talk, he didn’t deliver the goods.”

Yossi Cohen, the head of the Israeli Mossad, painted a dismal forecast at a meeting of the government Aug. 13. “The region is changing to our detriment,” he told the ministers, noting that Iran has experienced economic growth since the signing of the agreement. According to Cohen, there is a presence in the region not only of Iran and Hezbollah, but also numerous Shiite forces from all over the world that are rushing to the region. This constitutes an expansion trend that must be a cause of concern.

On the same evening, Israeli Prime Minister Benjamin Netanyahu added fuel to the fire when he said, “I'll give you a summary in one sentence — the Islamic State [IS] is exiting, Iran is coming in. … Our policy is clear: We firmly oppose the military buildup of Iran and its proxies — primarily Hezbollah — in Syria. And we will do whatever it takes to protect Israel's security."

While he was talking, a news item was leaked to the media: Netanyahu was promoting a law that would allow him to declare war without authorization of the government or the Cabinet. It is not clear if the Knesset would authorize such a law, but the effect on the region of this publication is crystal clear: An Israeli attack on Iranian or Hezbollah infrastructures in Lebanon or in Syria would mean all-out, open war between the sides. Netanyahu wants to have sole authority to approve such an assault. This is another development in the war of nerves that has been waged in the area for some time. To many international observers, this is reminiscent of Israel’s threat regarding Iranian nuclear activity that led to intensification of the international sanctions imposed on Iran and, ultimately, to the nuclear agreement itself.

A high-level Cabinet minister explained on condition of anonymity Israel’s concern. The minister told Al-Monitor, “Ever since the onset of the war in Syria, Hezbollah has become more independent and does not defer automatically to Iranian authority as in the past. This is the direct result of the fact that Hezbollah bore most of the combat burden in Syria, paid the highest blood price and invested its main forces in the struggle. [Iran's Supreme Leader] Ayatollah [Ali] Khamenei wants Iranian power on Israel’s border fence and he wants direct Iranian might — without middlemen. In the emerging reality, the [Islamic] Revolutionary Guard Corps will soon have accessibility to environs close to Israel. This has tremendous strategic significance and constitutes a dramatic game changer in the region.”

Another minister told Al-Monitor on condition of anonymity, “While Hezbollah does have significant rocket and missile power, most of its capabilities are not precise like those of the Iranians. And precision is the name of the game. Anyone capable of threatening power centers in Israel with precise hits — airports, army bases and strategic targets — will enjoy a real edge in case of war. If the Iranians succeed in attaining a presence in Syria and Lebanon close to Israel’s borders, this means that they directly threaten Israel’s most strategic targets from short range. If we translate this reality into terms used in chess, then I say: They directly threaten our king, while we are far away from their king in Tehran. Israel will not be able to allow such a situation to happen.”

Or, as Netanyahu himself said: Israel will do whatever it takes to protect its security.

Israel is convinced that Iran fomented the commotion surrounding the metal detector crisis on the Temple Mount in recent weeks. Iran’s goal was to distract Israel and interfere with Israeli efforts to convince the Americans and Russians of the need to distance Iranian influence from Syria and Lebanon, as part of the emerging cease-fire agreement. Israel, for its part, now has embarked on a global public diplomacy blitz on the Iranian threat. Education Minister Naftali Bennett already disseminated a publicity-oriented video clip in English, which explains all the dangers of Iranian expansion in the Middle East.

“In essence, Iran is basically establishing a Shiite crescent now that will encompass territorial continuity from the Persian Gulf, via Iraq, Syria and Lebanon,” a senior Israeli security source told Al-Monitor on condition of anonymity. “This is a major Shiite victory that creates a clear and present danger for Israel. The world was horrified by IS, even though the group’s main successes were in creating scary video clips and taking quick control over desert territories. In warding off IS’ tactical dangers, the world is bringing about a strategic failure vis-a-vis the Shiites.”

According to Israeli security sources, Iran is transferring Sunni populations from areas being evacuated by IS in Syria, bringing in their stead Shiite populations. The goal is to maintain the territorial continuity that they are trying to create between the Persian Gulf and the Mediterranean Sea. “The Iranians work for the long term with a strategic vision for the future and much patience,” an Israeli intelligence source said on condition of anonymity. “They are unfortunately the only player in the arena today that takes a long-term strategic vision of the future. They are winning big time strategically — at the expense of Israel and of the West that views Iran as a stabilizing force. They [the West] ignore the fact that Iran continues to disseminate terror and revolution in many places in the region.”

Against this background, Israel’s disappointment over US policy is increasing. Before the formulation of the cease-fire agreement in southern Syria, three-way meetings were held between Israel and the United States and Russia. Israel transmitted all its demands and worries, backed up by intelligence materials. But at the end of the day, the actual agreement being drawn up does not at all deal with Iranian involvement or penetration.

“When we talk with the Russians,” said a high-level Israeli source on condition of anonymity, “they don't understand what we want from them. As far as they are concerned, Iran is a stabilizing element in the region. When we note that Iran announces its desire to destroy Israel over and over, they laugh. Don’t take them seriously, they advise us.”

However, Israel does not have high expectations from Russia on the subject. With regard to the United States, it is a different story altogether. As of now, the Trump administration is indifferent to the Iranian issue; its main focus is to achieve a prestigious success for the president: victory over IS. “To achieve that,” said a senior Israeli source on condition of anonymity, “They are willing to allow Iran to reach Israel’s front lines. As far as we are concerned, this is simply a disaster.”