According to Israeli assessments, Iran has begun giving up on its tremendous military investment in Syria. 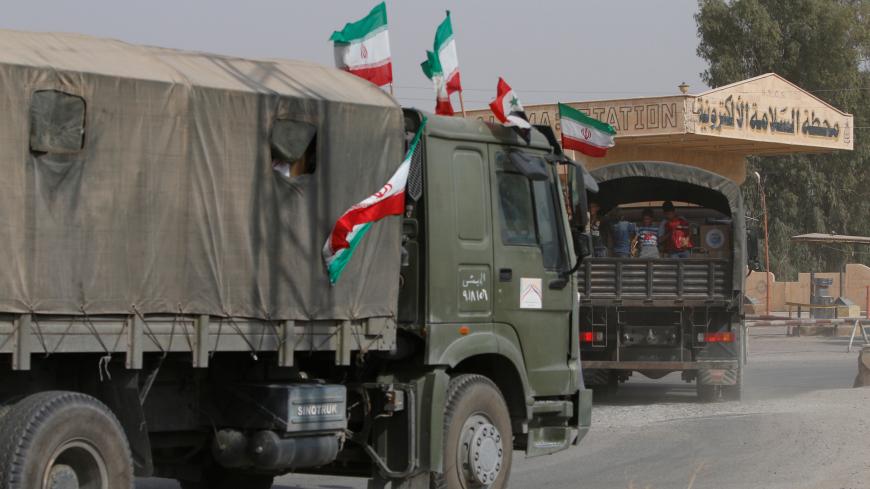 Israel did not assume responsibility for the air raid carried out at an unusual location near Aleppo on a strategic Syrian target on the night between May 4 and 5. The Syrians blamed the Israel Air Force for the attack, which, according to foreign media reports, targeted the Syrian Scientific Studies and Research Center in Aleppo, believed to be involved in an Iranian-backed precision missile project. Israel has been accused of other similar strikes in recent years. Unlike this week’s raid, which made headlines in the region, there appear to have been a growing number of airstrikes by unidentified planes against Syrian targets in recent months. Analysts attribute them to a significant acceleration of Israeli activity against the entrenchment of Iranian Shiite forces in the land of Syrian President Bashar al-Assad.

Senior Israeli security sources say that for the first time since the start of Syria’s civil war in 2011 and the parallel Iranian effort to turn Syria into a launch pad for its terrorist activity and a transshipment point for sophisticated military hardware, there are indications that Iran is beginning to pull back from Syrian territory. “Activity on the smuggling front has stopped,” a senior Israeli security source told Al-Monitor on condition of anonymity. “There is also a significant decline in the military presence of Iranian forces and allied Shiite militias.”

According to Israeli assessments, Iran has begun giving up on its tremendous investment in Syria of recent years. According to Western assessments, Israel has taken advantage of the novel coronavirus crisis to intensify its activity against Iranian interests in Syria and its pressure on Tehran. Unlike past attacks, most of the recent raids have been barely reported by the news media, which is wholly focused on the pandemic. The virus has provided Israel with unprecedented room to maneuver. Led by Defense Minister Naftali Bennett, Israel has stepped up its activity, which has begun bearing fruit for the first time since the epidemic broke out.

The stepped-up infrastructure attacks in Syria come as the Iranians recover from the shock of the January killing of Gen. Qasem Soleimani, commander of the Quds Force of Iran’s Islamic Revolutionary Guard Corps (IRGC). Israeli intelligence sources have described the assassination in Iraq as one of if not the most significant event of the past decade. Soleimani, according to Israeli and foreign defense experts, was irreplaceable. “The man was extraordinarily charismatic and an uncompromising religious zealot,” a former senior intelligence official told Al-Monitor on condition of anonymity. “He would stand on a hill in his keffiyeh, a physical presence commanding the militias, giving out orders, personally overseeing the activity, and that is why things happened.”

Soleimani’s responsibilities have been divided among a host of senior officials and the outcome is becoming felt. Initial signs point to a decline in Iran’s determined and uncompromising posture that fueled its push through Syria toward Lebanon in defiance of Western sanctions and its crippled economy and oblivious to all background noise. “They are now more calculated, hesitant, realizing that the price they are paying is too high,” another security source said on condition of anonymity.

More specifically, according to some assessments, Soleimani’s key responsibilities have apparently been divided between four people: One is Hezbollah Secretary General Hassan Nasrallah himself, whose involvement on the Dahieh-Tehran axis (the partnership between Hezbollah’s headquarters in Beirut’s Dahieh neighborhood and Iran) has been upgraded significantly. The others, three top Iranian officials, are Brig. Gen. Mohammad Hejazi, the new Quds Force deputy commander who has been tasked with liaison with Hezbollah and with the precision missile project; Ali Shamkhani, head of Iran’s national security council; and Amir Ali Hajizadeh, commander of the IRGC's air force. Western security agencies consider Hajizadeh a “ticking time bomb” and the man responsible for the accidental downing of the Ukrainian passenger jet over Iran this past January and for other challenges directed at the United States and the West.

The division of Soleimani’s responsibilities has not eased the real threat to Iran’s future: its economic decline. The COVID-19 crisis and dramatic plunge of world oil prices have dragged Iran into an abyss from which it will be hard pressed to emerge. Western intelligence sources say Iran’s annual budget is at a decade low, having been based on the faulty forecast of $60 billion in oil exports.

“In reality, last year Iran exported only $20 billion worth of oil,” a Western analyst told Al-Monitor on condition of anonymity. “The amount will not increase this year and that will force them to use their remaining foreign currency reserves to survive the year.” According to various assessments in Jerusalem, the Iranians will be praying for US President Donald Trump’s defeat in November. Though they cannot be sure his successor will immediately lift US economic sanctions, right now it is their only hope.

“They are trying to survive November,” a senior Israeli intelligence official said on condition of anonymity. “Their policy was to land a blow against what they described as a regional campaign against the Middle East’s oil infrastructure, but the opposite happened and the price of oil collapsed.”

The Iranians are hoping for a shift in the American "maximum pressure" campaign against them. For now, that hope is baseless. Israeli Prime Minister Benjamin Netanyahu, Mossad chief Yossi Cohen and other top officials are in constant touch with leaders in Washington, among them Trump himself and Secretary of State Mike Pompeo, who are assuring them that the United States does not intend to make life easier for Iran.

This is the backdrop for the significant uptick of attacks on Iranian targets in Syria, which along with the toll it is exacting on Assad, is beginning to turn the tide. Israel is near to concluding that the Iranians are starting to turn inward.

“The octopus is starting to fold its tentacles,” another senior Israeli security source told Al-Monitor on condition of anonymity. “It is evident on the ground.” Assad also appears fed up with the heavy price he is paying for the continued Iranian presence. Almost every time his anti-aircraft batteries target planes, he ends up losing them. At the same time, Russia is upping its pressure on Damascus. Russian President Vladimir Putin has long considered the Iranians a burden, rather than an asset, according to intelligence sources.

Israel is adopting cautious optimism in light of these developments. “It is not over, but they are starting to tire,” said a senior official in Jerusalem on condition of anonymity. When asked about the reasons, Israeli security officials simply say, “We try harder.” According to this theory, the Iranian incursion into Syria has become a luxury for Tehran, initially made possible under different circumstances, whereas for Israel, it has always been a matter of survival. Also, for Israel, the Syrian arena is an easy “kill zone” of Iranian targets. Israel enjoys a significant qualitative advantage in terms of intelligence and total air superiority in this region.

“The Iranians are kilometers away from home, completely exposed,” a security source explained on condition of anonymity. “They are beginning to understand it is not really worth their while.’’