Israel has told US and Russian officials that Iran’s long-term strategies and its missile capabilities endanger the region. 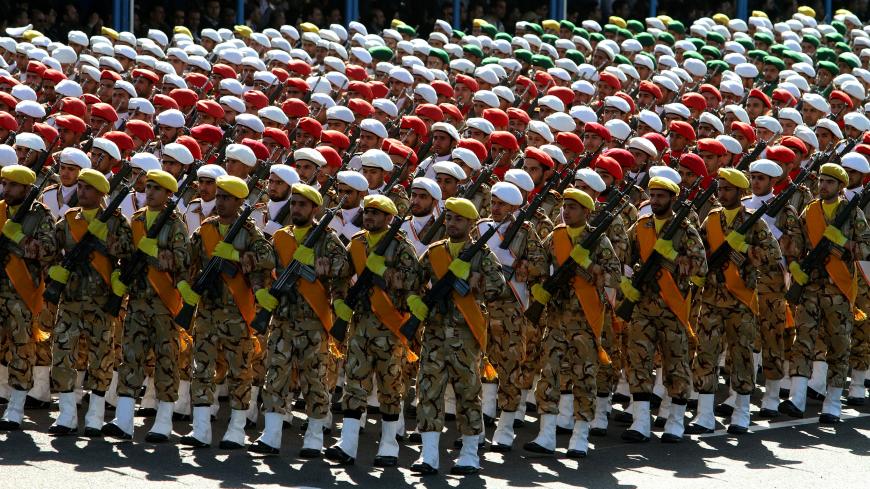 Another Israeli security official had spoken to the Americans in the same vein, explained the source. “Take heed,” this second official told the Americans. “A few days before President Donald Trump arrived for his visit in Saudi Arabia in May, the rebels in Yemen fired missiles toward Riyadh. It’s a clear message. The Iranians are already building the capacity to strike with surface-to-surface missiles across a huge belt in the region, which will strike fear among the Sunni regimes. Do you think the king of Jordan would survive this? That stability in Saudi Arabia will be maintained? Do you think that the determination and unity Israel has shown for all these years will also be the lot of the Sunni states, including the fragile and wobbling regimes?

“Whatever happens here after the war in Syria will shape the face of the Middle East, and perhaps the entire world, for generations. If the cease-fire agreement does not also include a Shiite retreat, and not just a victory over the Sunnis, a disaster will happen. You’re disturbing the incredibly delicate balance in the Middle East,” he warned. “The immediate price will be paid by those who live here, but in the end, the bill, once again, will be sent to you.”

The meetings took place in a positive atmosphere. Jason Greenblatt, Trump’s special envoy, even tweeted a photo of the Israelis, without suits and ties, during a special dinner at the home of national security adviser Gen. H.R. McMaster.

As reported in Al-Monitor, which also revealed sharp differences between Israel and the United States on Iran, the Israelis are trying to explain the “great Iranian plan” to their American partners. An Israeli intelligence source told Al-Monitor on the condition of anonymity, “The Iranians are the only ones who are working toward the long term. They are the only ones with a strategy in this sphere. They think and act like a world power. We must not fall into this trap.”

Prime Minister Benjamin Netanyahu sees this current diplomatic effort as a continuation of his efforts to thwart the Iranian nuclear deal. He is doing exactly what he did during 2009-14, but hoping that he’ll have greater success this time.

Netanyahu sees the nuclear deal the six world powers struck with Iran as a grave mistake whose ramifications will be suffered for generations and as a re-enactment of the 1938 Munich agreement. Netanyahu believes his current warnings to Trump’s staff and Russian President Vladimir Putin are like UK Prime Minister Winston Churchill’s attempts to warn Europe and the West about the German threat in the late 1930s. Netanyahu is interested in that period and often makes comparisons between then and now.

As with the Iranian nuclear deal, the Israelis are now making sure to tell the Americans, and also the Russians, that Israel will protect itself. “If Israel’s security needs won’t be met in the cease-fire agreement in Syria, we’ll act in other ways,” the source said, quoting a third member of the Israeli delegation.

The Israelis didn’t elaborate, but it’s clear they’re talking about military action. The Israeli threat is made in a calm and matter-of-fact tone, but its goal is clear: to raise fear among the world powers that an unbalanced cease-fire in Syria could pull the region into war. No wonder that on the eve of Netanyahu’s departure for his sixth meeting with Putin, in Sochi on Aug. 23, the Israeli media reported that Israel's first stealth bombers were declared operational and provided details on a new Israeli drone with exceptionally advanced capabilities.

“You don’t understand what the Iranians are doing to you here,” the Israeli intelligence source told his American interlocutors. “You’re looking at Syria, but you should look at Afghanistan. All the trouble you’re facing in Afghanistan, that’s Iran. You can’t win there. Now, everything depends on Syria. If a clear red line isn't drawn for the Shiites and the balance in Syria falls in their favor, the clock will start to tick. And all this is happening while Pakistan is unstable, Saudi Arabia is raging, and all of your other allies are fighting for their survival.”

That said, Israel is not asking anyone for operations on the ground or needless wars, he emphasized. “We need you diplomatically, not militarily,” he explained. The United States and Russia are the two dominant powers on the world stage, and now they are both in the Middle East, and they need to lift their heads from day-to-day nonsense for a moment and look at the big picture.

This big picture is what the Israelis are also presenting to the Russians. Cohen and the new National Security Council head, Meir Ben-Shabbat, flew with Netanyahu to the meeting with Putin. Netanyahu told Putin that Iran’s presence in Syria is a threat to Israel, the Middle East and the entire world. He noted that Iran continues to threaten Israel's existence, to support terrorist organizations and to develop its missile capabilities.

Intelligence presented to Putin was meant to show him that Iran is not the stabilizing and responsible regional actor the Russians believe, but the complete opposite. “You’re pleased that you blocked the Sunni threat and that IS is weakening,” a senior Israeli security official told the Russians and later conveyed to Al-Monitor on condition of anonymity, “but you don’t understand that the Shiite threat is no less serious. The very fact that the Shiites are seen as the victors will make the Sunnis go crazy. The agreement in Syria must include an unequivocal decision by the world powers that the Islamic Revolutionary Guard Corps won’t set up in areas they didn’t previously hold and that there won’t be Shiite territorial continuity from the Persian Gulf to the Mediterranean, that limits will be set on Iran’s expansion.”

That said, at the moment, Israel is less worried about the situation in the Golan Heights, where it is clear that the Israel Defense Forces won’t allow the Iranians or their surrogates to take hold. The Israeli concern is focused on what’s happening in Syria and Lebanon. Reports on work beginning to build a factory to produce precision rockets in Lebanon, using Iranian and North Korean technology, have caused much consternation in the region. Israel, as previously reported, does not intend to let such a factory reach the production stage. It hopes that Moscow and Tehran will at some point grasp this.