Why Israelis have turned against IDF, Shin Bet

Contrary to the past years when Israeli society venerated the leaders of the Israel Defense Force and Shin Bet, many suspect them nowadays of having their own agendas. 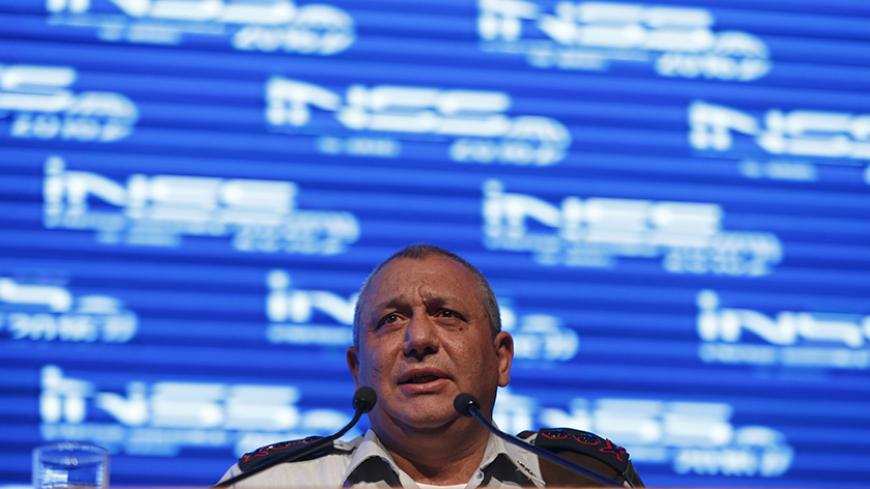 In almost all the years of Israel's existence, the heads of its military and other defense organizations were practically sacrosanct. Israel may be the only country in the world that is forced to fight for its very existence on a regular basis. Its people live under a long-standing state of siege, surrounded by enemies who would like to see them thrown into the sea. That is why Israelis are so aware that without a powerful Israel Defense Forces (IDF), the military's superiority in the air and top-notch intelligence agencies, the country wouldn't last a single day in this part of the world.

Ever since the state was first founded almost 70 years ago (1948), there has been a flourishing romance between Israel and its generals. The IDF's chief of staff was a consensus figure who almost always topped the popularity charts by an enormous margin. There was good reason that the position of chief of staff was considered to be a springboard to future political leadership. Two chiefs of staff, Yitzhak Rabin and Ehud Barak, went on to become prime minister. So did a major general — Ariel Sharon. At one point, Israelis knew the names of every general serving on the general staff, and flags with their pictures flew from the ramparts on Independence Day. Everybody knew their names.

While those days have long gone, even in the modern era, the IDF's generals and the heads and senior officials of the Shin Bet, the Mossad and other such organizations were the most popular people in Israel by an enormous margin.

The same is true about the various defense ministers. The position of defense minister was always considered the ultimate springboard to leadership, and anyone who held the office was at the top of every ranking of politicians by popularity. Israel's defense minister was usually someone with a heroic military past. He did not deal with mundane affairs. He would not dirty himself with politics. He did not deal with bureaucracy. Instead, the defense minister visited the various military bases and handed out ranks, usually in full battledress, sunglasses and a modicum of stardust. Even now, years after his death, and even after his pristine image was shattered by the 1973 Yom Kippur War, Defense Minister Moshe Dayan, with his black eyepatch, is still considered a mythological figure. He remains one of the most admired people from the young state's early days.

All of that changed right before our eyes over the past two years. Moshe Ya'alon is a former defense minister who also served as chief of staff. Yet he was obliterated in public opinion polls once he condemned the actions of the Hebron shooter Elor Azaria. The public, particularly the Israeli right, would not forgive his calls to punish the wayward soldier who shot a dying terrorist.

Israeli public opinion has veered to the right over the last few years. The public has become more right wing, the left has been diminished and concern about such concepts as the peace process or the suffering of the Palestinians has been reduced accordingly. This has had a profound impact on politicians, particularly on the right. Prompted by their voters, they are constantly veering ever more to the right.

So, for instance, just last week on July 23, the popular Minister of Culture Miri Regev called the Shin Bet "delusional." Once it was learned that the Shin Bet recommended to the Cabinet that it remove the metal detectors at the entrances to the Al-Aqsa Mosque compound, the chairman of the coalition, Knesset member David Bitan, declared in a radio interview that the Shin Bet is cowardly and that all its agents want is to get home in one piece.

He was still speaking when attorney Yoram Sheftel, a darling of the far right, attacked Chief of Staff Maj. Gen. Gadi Eizenkot. Sheftel called him "pathetic" and said that he "does not, in any way, shape or form, have the appearance of a soldier. He is similar, in his appearance, to a file clerk in the Kirya [IDF headquarters]." Sheftel is not a political figure. He has a popular radio show and is considered a guru of the far right. He also spearheaded the appeal of the Hebron shooter Azaria after a court convicted him of manslaughter. Sheftel was criticized for his comments about the chief of staff and he eventually apologized for them, but even then, the uproar that his comments evoked was limited in scope. Large swathes of the public, particularly on the right, have been convinced recently that the chief of staff and other heads of the armed services are essentially a group of leftists constantly trying to influence the right-wing government to "get back on track."

This constitutes a real revolution to the Israeli social fabric. It can all be traced back to a law passed in 2007, commonly known as the Dan Halutz Law. The person behind this law was none other than Prime Minister Benjamin Netanyahu. The law established a three-year cooling off period (which is extended to four years when considering the adaptation year granted to retiring senior officers) from when officers complete their service in the military or other branch of the security apparatus and when they can run for elected office.

Netanyahu wanted to block generals and other popular military commanders from entering politics in order to ensure that they do not pose a threat to his status as "permanent" prime minister. He succeeded. Israel's defense establishment, which was the country's largest leadership incubator and training center during Israel's first 60 years, has since been defused. No one remembers the daring exploits of some general or other four years after he left the IDF. The heroic aura that once surrounded him has long since faded away, and any threat to the country's leadership has been reduced considerably, as his entry into politics generates little public attention.

Growing criticism of the supposedly hefty wages, benefit packages and pensions of career officers in Israel has played a part in this too, especially when combined with the rightward shift of the Israeli electorate. Meanwhile, the IDF and other security services continue to represent a clear and professional attitude, which sees the geopolitical situation in the Middle East from a more sober perspective. The result is a growing disconnect between the people of Israel and its defenders. In this new reality, Israelis still love their troops dearly. The problem is that they are wary of their troops' commanders. The defense minister is little more than a political figure subject to intense criticism. He no longer receives the benefit of the doubt. The chief of staff is judged by his actions. The Shin Bet is expected to toe the government's line instead of preserving professional judgment. And the list goes on and on.

There are those who will say that these are all signs of a normal country — one that is less militaristic and more critical of itself. In the case of Israel, however, it is not at all certain that this is the right diagnosis. In the past, Israel's political leadership was forced to rein in its generals, who always wanted to take action and perhaps even put the state at risk by initiating unnecessary military adventurism. The situation has changed since then. Now it is the generals who have to rein in the political leadership by explaining the risks, geopolitical interests and other truly important issues.

Israel has changed. Its sacred cows are being slaughtered one by one, and the herd feels totally free to go its own way. In the Middle East, that's a dangerous way to go.