While the closer Turkey-Iran alignment on regional issues is not likely to fully mean the same thing in Iraq as in Syria, the broader picture is closer Iran-Turkey-Russia cooperation on the ground. 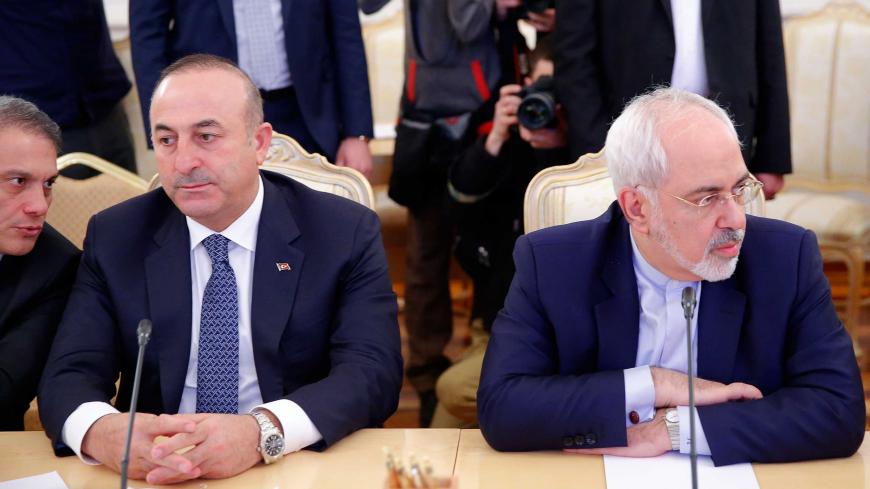 For more than six years, the regional rivalry between Iran and Turkey and their support of different sides of the Syrian civil war have been major obstacles to finding a political solution to the Syrian conflict. However, the recent rapprochement between Tehran and Ankara has renewed hopes for the political process to proceed toward a unified solution — one that seemed highly unlikely even a month ago.

Iranian Chief of Staff Maj. Gen. Mohammad Bagheri’s official visit Aug. 15 to Turkey, during which he held various meetings with high-ranking Turkish officials, including President Recep Tayyip Erdogan, was widely interpreted by observers as the beginning of a new era in Tehran-Ankara relations. Indeed, Bagheri’s position as a military and not a political official could be considered a sign that the meetings were about coordination at the operational level, rather than political discussions.

Concern over the Kurdish issue has facilitated the rapprochement between the two countries. In a May 2016 Al-Monitor article, I explained how the Kurdish issue could work as a cornerstone for any Tehran-Ankara agreement regarding the Syrian crisis.

Iraqi Kurds are preparing for an independence referendum in September. Kurdish militants in Syria under the banner of the US-supported Syrian Democratic Forces (SDF) are advancing in the Islamic State’s self-proclaimed capital of Raqqa, and the SDF aims to maintain its role in a wide territory in northern Syria. The danger of a Kurdish independence spillover from Iraq into Syria is becoming a reality — and the next step could be into Iran and Turkey, activating centrifugal Kurdish sentiments there.

In this context, cooperation to eliminate the common threat is the most rational option for Iran and Turkey. In fact, Erdogan’s talk of a possible joint Iran-Turkey military operation against the Kurdish militants indicates the extent to which the two sides are taking the current situation seriously. Although Erdogan’s remarks were denied by the Islamic Revolutionary Guard Corps, it does not mean that there won’t be any kind of cooperation between the two sides in this regard.

In other words, it seems that the main reason behind Iran’s denial of a joint operation is Ankara’s willingness to extend it from Syria to neighboring Iraq, targeting the main headquarters of the Kurdistan Workers Party in Sinjar and the Qandil Mountains. This is not an operation that Iran is ready or willing to initiate with Turkey, because on the one hand, the Iraqi government has been repeatedly opposed to any Turkish military presence inside its territories, and on the other hand, Iran is not about to provide Turkey with more room for maneuvering in Iraq.

Instead, a more probable scenario is for the two sides to start identifying their zones of influence in Syria, while continuing their coordination to achieve their common goals. This could involve Iran’s green light to a new Turkish operation in northern Syria against the Kurdish groups and Ankara’s consent to the advancement of the Syrian army and pro-Iran forces in eastern Syria, especially in Deir ez-Zor. In this case, the Turkish operation would prevent the formation of a unified Kurdish entity in the north, while the developments in the east would restrict SDF forces to the areas around Raqqa, stopping them from stretching their gains farther to the east.

If such an agreement is the case, it could have a direct effect on the Astana Process. After the latest round of Astana talks on July 5, it was announced that the finalization of an agreement on creating de-escalation zones in Syria failed because of Tehran and Ankara’s uncompromising views toward one of the four zones to be established in Idlib. Now, with a wider cooperating scheme in sight between Iran and Turkey, the next round of Astana talks could experience a breakthrough in this regard. Indeed, some Turkish sources say that the Idlib case was resolved during Bagheri’s visit to Turkey.

As for Russia, it seems that as far as a comprehensive agreement between Iran and Turkey results in maintaining and safeguarding the Russian-devised “de-escalation zones” system, Moscow would welcome it. After all, such an agreement could be regarded as another step toward the empowerment of the so-called Russian-Iranian-Turkish axis in Syria.

At the same time, although Moscow has so far tried to represent a rather neutral stance toward the Kurdish issue in Syria and even to establish close links with certain Kurdish groups, it now sees a common interest with Ankara and Tehran in preventing further Kurdish advancements in Syria. The fact that the SDF is a US-backed force means that their final control over Raqqa could provide Washington with more influence over the future of Syria, which is in no way in Russia’s favor.

On the other hand, the Syrian Kurds have shown a strong willingness of marching westward to the Mediterranean after defeating the Islamic State. Given the close ties between the Kurds and Washington, the move could pose a direct threat against the Russian military bases there, especially if the Kurds grant the United States a military base in the area. This could clearly explain why Russia has extended its air support for the Syrian army to the eastern parts of Syria.

All in all, it seems that currently the core interests of three main actors in the Syrian conflict, namely Russia, Iran and Turkey, are coinciding. Thus, it is expected that the already-established political coordination between the three parties transforms into more tangible coordination on the ground.