The warming of ties between Iran and Turkey, driven by their alarm over the independence referendum in Iraqi Kurdistan, has the prospect of paving the way for the reshaping of the regional order. 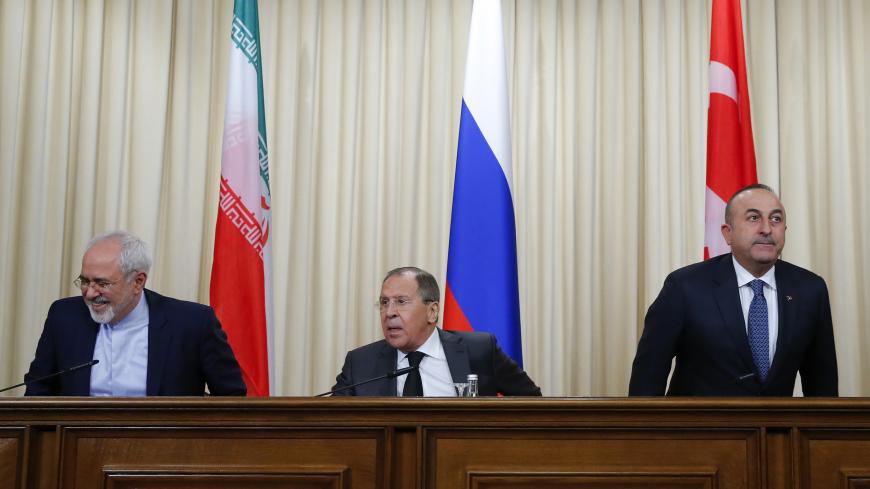 TEHRAN, Iran — Less than two months after Iran’s Chief of General Staff Maj. Gen. Mohammad Hossein Bagheri paid a rare official visit to Ankara, his Turkish counterpart, Gen. Hulusi Akar, visited Tehran on Oct. 2 to meet high-ranking Iranian officials and discuss bilateral and regional issues. However, although the two generals' meeting in Ankara was more focused on finding a common ground in Syria, their encounter in Tehran was shadowed by a more urgent and crucial issue, namely the Sept. 25 independence referendum in Iraq’s Kurdistan Region. Akar’s Iran visit, which began two days before Turkish President Recep Tayyip Erdogan’s Oct. 4 visit to Tehran, came as the two countries are trying to arrive at a coordinated policy on how to deal with the Kurdish issue.

After the Kurdistan Regional Government held the independence referendum, the toughest positions against the vote came from Tehran and Ankara. On Sept. 27, the secretary of Iran’s Supreme National Security Council, Ali Shamkhani, went to the parliament to address “the second phase of Iran’s strategy to counter the independence of Iraq’s Kurdistan.” Shamkhani is reported to have emphasized that Iran would resort to a variety of means to make the Kurds give up on their independence bid. Part of the reported plan is for Iran to continue trilateral talks with Baghdad and Ankara, as well as with various Iraqi Kurdish factions, while taking into consideration the imposition of “sanction pressures.”

At the same time, while announcing his plan to visit Tehran, Erdogan said Tehran and Ankara were about to develop a road map in response to the Kurdish referendum. He had earlier warned that a possible joint Iran-Turkey operation against Kurdish militant groups had always been on the agenda, a warning that could be interpreted as aimed at not only Kurdistan Workers Party militants but also any other Kurdish militant group willing to challenge the current regional order.

Now, bearing in mind these signs of intensifying collaboration efforts between Iran and Turkey regarding the Kurdish issue, one important question to be addressed is what consequences the Kurdish referendum and any further Kurdish moves toward independence might have on Iran-Turkey relations. Generally speaking, the issue seems to affect the relationship at both the multilateral and bilateral levels.

At the multilateral level, it seems that the Kurdish issue will put the Iran-Turkey-Russia axis, which has been recently shaped especially on the Syrian issue, to a serious test. Although Iran and Turkey have strongly rejected the Kurdish referendum, Russia’s reaction to the issue has been rather ambiguous. The main theme in Russian officials’ statements is underlining the necessity of preserving Iraq’s territorial integrity while at the same time not denouncing the Kurdish bid for independence. On Sept. 27, Russia’s Foreign Ministry said in a statement that Moscow “respects the rights of Kurds but supports Iraqi unity and territorial integrity.”

Such equivocal statements could be interpreted as a sign that Moscow has adopted a wait-and-see policy, trying not to alienate Baghdad while keeping the doors open for future cooperation with a possible independent Kurdistan. It was just on June 2 that Russia signed a long-term oil contract with Iraqi Kurdistan’s regional government, so the Russians are now even more cautious not to put their economic interests at risk.

Russia’s position could also have repercussions in Syria. In other words, while Iran and Turkey are expected to further intensify their efforts to prevent further advances by Kurdish forces in Syria in order to hinder possible Kurdish independence spillover there, Russia’s only problem with the Syrian Kurds seems to be just with those under the banner of the Syrian Democratic Forces, who are supported by the United States, because they could act as a catalyst for more US influence in Syria. Russia, in fact, is not expected to oppose a wider role for the Kurds in the future of Syria — at least within the context of a federal system.

As for the effects of the Kurdish referendum on bilateral Iran-Turkey ties, four main issues should be taken into consideration. First of all, both Iran and Turkey have threatened to impose economic sanctions against Iraqi Kurdistan. If such a move does take place and Turkey decides to close its border with the region — which is its only border with Iraq — then Ankara will need Tehran to conduct its economic interactions with Baghdad. This, in turn, might provide Iran with leverage to soften Ankara’s positions on some critical regional issue, most probably on Syria.

A second possible result would be for the Kurdish move to cause Iran and Turkey to seek more common ground in Syria and make bilateral concessions in order to prevent Iraq’s situation from inflluencing Syrian Kurds to seek the same status their Iraqi fellows voted for. Iran and Turkey have already agreed upon the fourth de-escalation zone in Syria’s Idlib province, and one might expect even more obvious cases of joint Turkish-Iranian moves in Syria in the near future.

Third, as Israel has become the only country to be a full-fledged supporter of Kurdish independence, relations between Ankara and Tel Aviv have become more complicated. Erdogan has even threatened to halt relations with Israel over the Kurdish issue. If Turkey seeks a new collision course with Israel, Tehran would be even more inclined to welcome a wider rapprochement with Ankara.

Finally, as both Tehran and Ankara are talking about intensifying their collaboration with Baghdad in a trilateral manner, the continuation of the current situation could lead to the formation of a new Tehran-Baghdad-Ankara axis in the long run. If realized, the new bloc could also involve Qatar, as Iran and Turkey have appeared as Doha’s two main partners since Qatar's recent diplomatic spat with the other Gulf Cooperation Council countries. This would reshape the regional power equations in the Middle East. Although the last scenario appears unlikely, it’s not a possibility to completely ignore while thinking about the wider arc of Iran-Turkey relations.