Some Yazidis have announced their opposition to the Iraqi Kurdistan independence vote, as Turkey and Iran consider attacking the Yazidi-allied PKK in the Qandil Mountains. 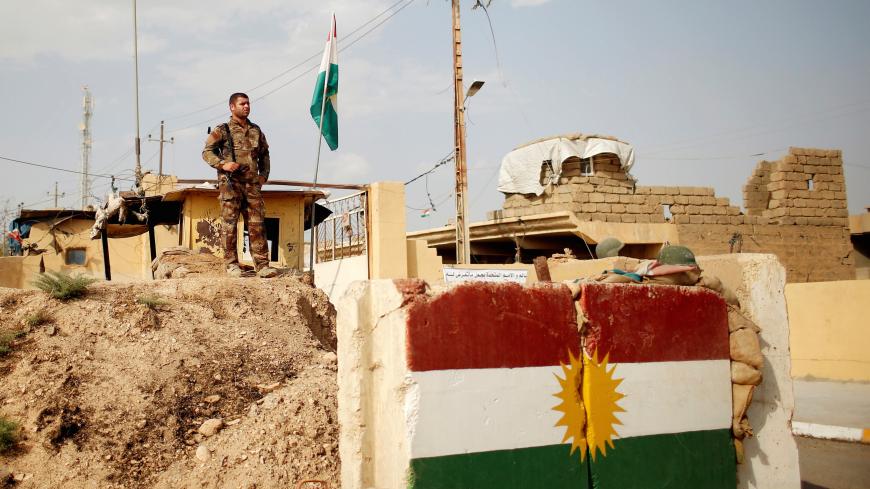 As Massoud Barzani, the president of the Iraqi Kurdistan Region, continues to resist mounting international calls to scrap a referendum on Kurdish independence planned for September, a rival Kurdish faction has added its voice, declaring what it calls “democratic autonomy” in the predominantly Yazidi region of Sinjar. The Sinjar Democratic Autonomous Administrative Council made the announcement on Sunday, saying it wants “free and democratic life for all Yazidis.”

Bordering Syria, Sinjar remains the scene of a turf war between the Barzani-led Kurdistan Democratic Party (KDP), backed by Turkey, and the Kurdistan Workers Party (PKK), which is fighting for Kurdish autonomy inside Turkey and is also vying for influence in Iraq, Iran and Syria. The PKK-backed administration council says it will not allow the referendum to be conducted in areas under its control, including Khanasor, a strategic crossing point for PKK militants heading to Syria.

Bilal Wahab, a senior fellow at the Washington Institute for Near East Policy, told Al Monitor, “If they decide to, the PKK can block positioning referendum ballot boxes in Sinjar in towns and neighborhoods, they control.” This, he said, would leave the Yazidis caught in the middle of the political rivalry between the PKK and the KDP.

The PKK has since overseen the establishment of a Yazidi militia, the Sinjar Resistance Units (YBS), as well as an all-female force along with local governing bodies. Sinjar town remains under the control of pro-KDP Yazidis, but the rest of the region has largely been divvied up between pro-KDP and pro-PKK groups, and in some instances they cohabit.

Sunday’s assembly presented a list of planned institutions meant to convey the distinct and independent character of the autonomous zone. These include a “diplomatic body” to “manage relations with Iraq, Kurdistan and other states” and a “neutral court” to prosecute “those who caused or helped [IS] in the Yazidi regions.” There was no immediate reaction from the KRG, but Barzani repeated today that there is no question of postponing the referendum.

All of this is infuriating Turkey, which views the PKK's presence in Sinjar as a further threat to its own security. Turkey has several thousand troops in Iraqi Kurdistan and has repeatedly threatened to take military action against the PKK in Sinjar.

In a bid to pre-empt further Turkish actions, the KDP and its Syrian Kurdish proxies sought in March to dislodge the PKK from Khanasor, but failed. In April, Turkish fighter jets targeted PKK and YBS militants in the area, but ended up killing six KDP peshmerga instead.

Turkish President Recep Tayyip Erdogan asserted today that his government is considering joint military action with Iran against the PKK. “[The] PKK terror organization has a foot in Iran,” Erdogan said, speaking to reporters ahead of an official visit to Jordan. “They always cause harm to Iran and us. … We believe if the two countries cooperate, we can reach a conclusion in a much shorter period of time.”

Those comments follow last week’s groundbreaking three-day visit to Ankara by Mohammad Hossein Bagheri, Iran’s military chief of staff. According to the pro-government daily Turkiye, Bagheri offered to launch a joint operation against the PKK's Qandil bases bordering Iran and to help drive PKK fighters out of Sinjar as well.

In a further twist, a growing number of Yazidis have defected from KDP- and PKK-backed outfits to join the Baghdad-supported, predominantly Shiite Popular Mobilization Units, which have driven IS from southern Sinjar, effectively curtailing the KDP and PKK’s influence there. This dynamic makes it less likely that the PKK-backed administrative council is acting under Baghdad’s influence or that it is part of an effort to prevent the Sept. 25 independence referendum from taking place.

“I don’t believe the council was coordinating with Baghdad,” said Arzu Yilmaz, an Iraqi Kurdistan-based academic who has done extensive research on Sinjar. She told Al-Monitor, “More likely, it is part of a broader strategy [for the PKK] to position themselves ahead of any declaration of independence proper by the KRG.”