One year on, Turkey's coup attempt has impacted economy

Turkey's state of emergency since last year's coup attempt has been instrumental in averting a serious economic crisis, while also marking a process of "wealth transfer" through the seizure of hundreds of private companies. 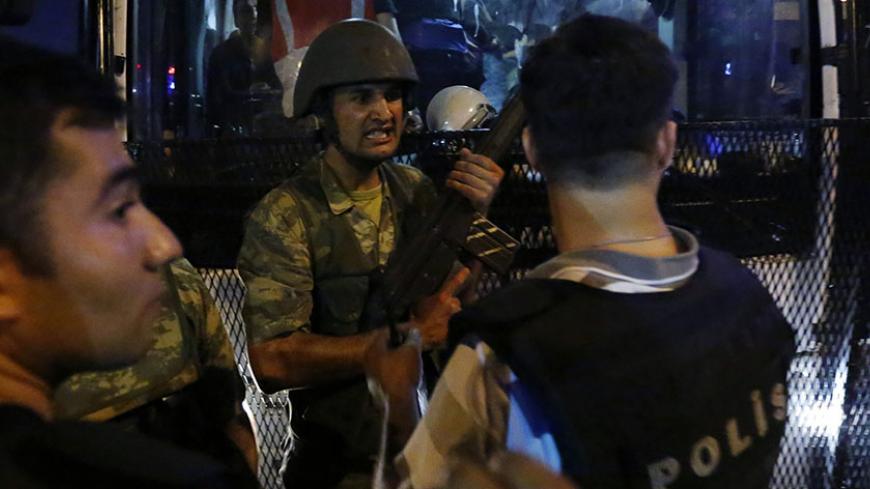 Turkey will mark the first anniversary of last year's coup attempt on July 15, which has had a profound impact on the country's political outlook and public life, including the economy. In the third quarter of 2016, a period that covered the putsch and its immediate aftermath, the Turkish economy contracted for the first time in a long while. Ironically, the state of emergency instituted after the putsch, which enabled the government to bypass parliament and issue legislative decrees, became instrumental in generating a fresh growth momentum and thus pulling the economy from the brink of crisis. In another notable process that transpired in the economic realm, Ankara seized hundreds of companies from alleged followers of US-based cleric Fethullah Gulen, the accused mastermind of the coup, and has since transferred many of them to third parties.

In the first half of 2016, prior to the putsch, Turkey's economic growth rate stood at about 5%. The inflow of foreign capital, a vital resource for the Turkish economy, had slowed down but thanks to official reserves and the mysterious inflow of hard currency of unknown origin, the price of the dollar remained in the 2.85-2.90 lira range.

Not surprisingly, the weeks after the coup attempt saw steep declines in real production, domestic demand and investments. For leading credit rating agencies such as Fitch, Moody's, and Standard and Poor's, Turkey's outlook became riskier and thus not good for investment, which resulted in back-to-back decisions to cut Turkey's credit rating to "junk." The heightened political risks meant that the country's risk premium on the financial markets was also on the rise.

Following the "junk" grades, foreign investors began to flee in October. The flight coincided with the dollar's global appreciation, which dealt a dramatic blow to the Turkish lira. The greenback, which was worth 2.96 liras in July 2016, traded for an average of 3.73 liras in January 2017. The expensive dollar had a bruising impact on Turkey's manufacturing and services sectors. As a result, the Turkish economy shrunk 1.3% in the third quarter of 2016, according to the Turkish Statistical Institute. The contraction in the industrial sector was particularly alarming.

Politically, the state of emergency ushered Turkey into a new era marked by a ferocious crackdown on the Gulen community — which many Turks called the Fethullah Gulen Terror Organization (FETO) — and myriad oppositional quarters. Yet the government's use of emergency-rule powers extended beyond the political realm, covering economic issues. The ongoing state of emergency, declared with the stated aim of suppressing the putschists and their supporters, also became a means to steer an economy under the threat of a crisis.

In the weeks after the coup attempt, Ankara created a sovereign wealth fund with functions parallel to those of the central government budget and, in some instances, to those of the Central Bank. Then, a series of legislative decrees followed to beef up the fund. Legislative decree number 680, for example, transferred the license of games of chance to the fund for a period of 49 years. In another instance, the government used a legislative decree to introduce a repayment facility for those indebted in foreign currency to public institutions. Separately, a Council of Ministers decree paved the way for the transfer of myriad public assets to the wealth fund.

In a parliamentary question to Prime Minister Binali Yildirim in January, main opposition deputy Faik Oztrak, a former treasury undersecretary, protested that the fund was taking over large public assets via legislative decrees. The government, he said, has come to use legislative decrees for the daily management of the economy, flouting Article 121 of the constitution, which limits the scope of the decrees to "matters necessitated by the state of emergency."

Such parliamentary attempts for accountability, however, bore little fruit as the state of emergency eroded the parliament's role as well. Still, the legislative decrees helped the government to rein in the dollar to some extent. Ankara also enacted a series of other measures to fend off the crisis, including the encouragement of lavish lending for struggling companies, tax discounts at the expense of public deficits, financial incentives for enterprises that hire new employees and the suspension of worker strikes.

Then, starting in February, global financial trends provided tailwinds for emerging economies such as Turkey, and short-term foreign investors began to return. As a result, the dollar retreated to the 3.5-3.6 lira range and the domestic market perked up, leading Turkey to post a 5% economic growth in the first quarter of the year, atop 3.5% in the fourth quarter of 2016.

The crackdown on purported FETO elements had an economic aspect as well. Many companies owned by alleged Gulen supporters had been handed over to trustees before the putsch — after Gulen and the ruling Justice and Development Party (AKP) fell out in late 2013. Then, weeks after the putsch, a legislative decree was used to place those and other companies in state receivership at the Savings Deposit Insurance Fund (TMSF) — directly under the control of the AKP regime. The seized businesses included major conglomerates such as Koza-Ipek, Boydak, Dumankaya, Naksan, Akfa, Kaynak and FI Yapi. According to the TMSF, any decision on the sale or dissolution of the seized companies was up to the minister overseeing the TMSF, who currently is Deputy Prime Minister Nurettin Canikli.

Speaking in March, Canikli said the companies taken over by the TMSF were worth 40.5 billion liras in terms of assets. "The TMSF is currently running 858 companies as a caretaker, and 259 people have been appointed as trustees so far. A total of 44,868 people are employed in those companies," he added.

It remains unclear whether those 858 companies represent all businesses and assets seized as part of the FETO crackdown. Dozens of schools, private tutoring halls and associations were also confiscated or closed down. So if those educational assets remain outside the TMSF scope, the actual value of seized assets may be much higher.

Even if the total value of seized assets is estimated boldly at about $14-$15 billion, this hardly qualifies as a shift that sways Turkey's macroeconomic balances and fundamental power relationships, given that the country's annual gross domestic product amounts to some $800 billion. Turkey's economic history, however, is no stranger to mass property seizures, targeting mainly non-Muslim minorities. In this sense, the crackdown after last year's coup attempt could well be regarded as the first "dispossession" campaign targeting Muslim wealth holders.