What's next for hundreds of companies seized by Turkish government?

Turkey has a plan for handling almost 600 companies seized by the state for allegedly having ties to the Gulen movement, as the government looks to earn money for the Treasury. 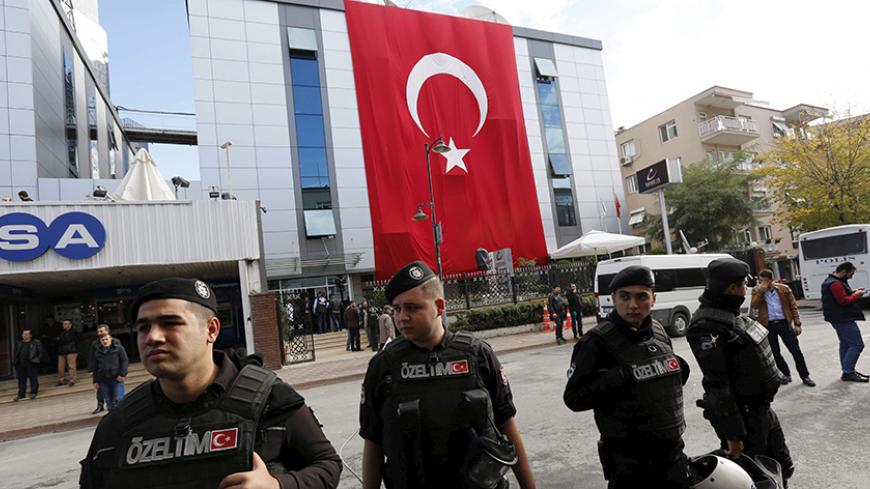 As of Nov. 7, the number of companies seized after the July 15 coup attempt on charges of being linked with the Gulen movement, which Turkey has declared a terrorist group, had reached 594.

All told, however, the government suspects people associated with 8,000 companies of having links with the Gulen movement. This mind-boggling number was cited by a member of the Cabinet talking with Nuray Babacan of the daily Hurriyet. He outlined a three-phase investigation of suspected companies: Conduct financial audits, appoint trustees, and close or sell the companies of those found guilty.

The Cabinet member, who wasn’t identified, suggested that anyone who had supported Gulenists financially could be subject to audits and investigations.

What will happen to the seized companies? The government wants to earn money for the Treasury by selling them off. So far, the assets of companies placed under the jurisdiction of the government's Savings Deposit Insurance Fund (TMSF) total about 30 billion Turkish liras ($9 billion). Giant companies (and their subsidiaries) such as Boydak Holding, Naksan, Koza-Ipek, Dumankaya family companies, Alfemo, Yavascalar, Kadioglu and Kaynak have been taken over by the state.

In addition, Minister of Environment and Urbanization Mehmet Ozhaseki said during a news conference that the state has seized hostels, schools, foundations and real estate totaling 15 billion liras.

The Treasury expects to receive billions of dollars of revenues from sales of the seized companies and real estate. But certain legal procedures have to be completed first. Companies found unprofitable after financial audits will be liquidated. Any money left over from their sale will be deposited in the TMSF. If company shareholders are acquitted after trials, that money will be refunded to them. If they are found guilty, the money will be credited to the Treasury.

This procedure will also apply to companies that are continuing to operate profitably. If their owners are acquitted, there will be two options: If the company has already been sold, the money made will be returned to the owner; if not sold, then the companies will be returned to owners. If the owners are found guilty, then all sales revenues will be credited to the Treasury.

“We are working hard to keep these companies operating at maximum benefit to the economy," TMSF chairman Sakir Ercan Gul explained at a news conference.

Ercan Gul said the TMSF will not invest funds in companies with weak financial positions, which is why those companies will be closed. He noted some of the seized companies are in bad shape with no working capital, basically leaving them with no assets.

Gul indicated during a press conference that the government will not wait for the end of the trials to sell companies. But the sale process could take a long time because of the large number of companies seized or under investigation.

Deputy Prime Minister Nurettin Canikli told rhe daily Sabah that shares of publicly traded firms taken over by the TMSF are regaining their value on the stock market.

Minister of Customs and Commerce Bulent Tufenkci said the TMSF gained substantial experience in managing and selling seized companies during Turkey's 2001 economic crisis. “If such companies are put under [the] TMSF, there is nothing to worry about because the state is involved in their management. Banks can safely maintain their credit transactions with these companies. Nobody should worry about conducting business with such companies,” he told reporters.

Tufenkci added that, at the beginning, companies with even minor shareholders suspected of having ties to Gulenists were subjected to sanctions and trustees were appointed to run them. “From now on, the entire company will not be seized because of the actions of small partners. If necessary, such minor shares will be transferred to other investors,” he said.

Many companies and real estate properties linked with the Gulen movement will be for sale soon. Who will want to buy them? One interested party is Galip Ozturk, the owner of Metro Holding. He has hired a broker to buy all the shares of Koza-Ipek Holding.

But so far there has been no other interest expressed in TMSF-managed companies. Potential buyers appear to be waiting for the outcome of the judicial process before committing substantial funds. If major corporations do not express serious interest, these seized companies could remain in the TMSF's portfolio for a long time to come, at least until the court cases are concluded.