The Turkish government has seized scores of companies in its crackdown on the Gulen community after the July coup attempt, which, some believe, will be now transferred to government cronies. 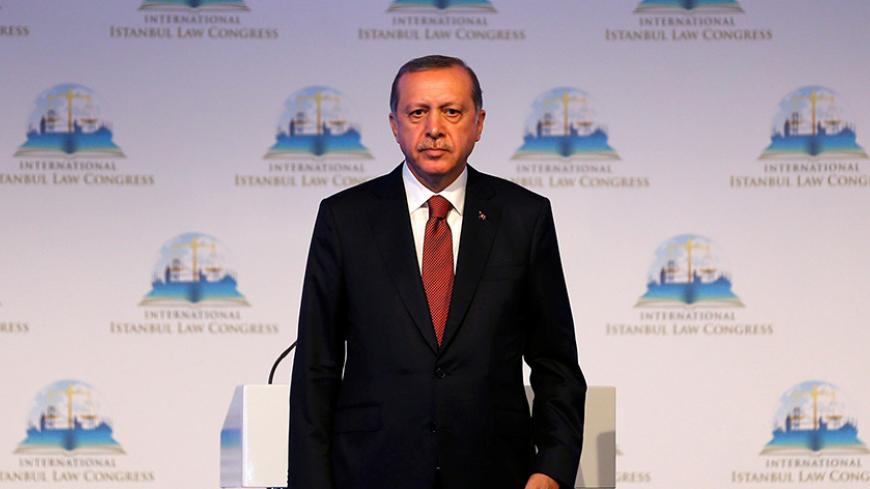 The Turkish government’s crackdown after the July 15 coup attempt has been expanding rapidly in the business sector, targeting companies accused of financing the so-called Fethullah Gulen Terrorist Organization, as Ankara has designated the Gulen community, which it accuses of planning and executing the putsch. Under a Sept. 1 legislative decree, scores of companies placed under trusteeship by the courts were handed over to the Savings Deposit Insurance Fund (TMSF), that is, to direct government control.

TMSF Chairman Sakir Ercan Gul said Oct. 4 that 252 companies had come under his agency's purview. Since then, that number has continued to grow; scores of businesspeople have been arrested on charges of belonging to or financially supporting the Gulen movement. Last week, 28 companies were seized in the provinces of Duzce and Tokat, bringing the total to nearly 300. The combined value of the companies in TMSF receivership is estimated at 40 billion Turkish liras ($13 billion) at a minimum.

The National Intelligence Organization and the Financial Crimes Investigation Board believe that the Gulen community controls assets in Turkey and abroad worth some $100 billion. Following the May seizure of Bank Asya, known as a Gulenist bank, Gulen couriers carried money from other enterprises and personal accounts abroad in suitcases, according to the intelligence services. Since July 15, $20 billion is said to have been smuggled abroad through such clandestine operations.

With these company seizures, the state has now become Turkey’s largest conglomerate, controlling more enterprises than Koc and Sabanci, the country’s world-caliber business empires. The TMSF has said it will either dissolve or sell off the businesses, depending on their financial situation. The proceeds will go into the state's coffers.

The businesses seized range from small proprietorships to large holdings with companies in various sectors, including Boydak (furniture), Koza Ipek (gold mining, tourism, media), Dumankaya (construction), Naksan (textiles and food), Akfa (tourism, construction and textiles), Kaynak (publishing and logistics) and FI Yapi (construction). Those seized also include smaller enterprises, such as hospitals, publishing houses, hotels and even pastry shops and baklava makers. On Oct. 15, the state ventured into the kebab sector after seizing Ismail’s Place, a famous roadside grill house in the Bolu Mountains, along with several other companies in Duzce. A more luxurious asset perhaps is an island in the Aegean that the construction giant FI Yapi bought for $32 million six years ago. The company’s owner, Fikret Inan, is now behind bars and has lost more than 20 companies.

Boydak Holding, headquartered in the central city of Kayseri and employer of some 15,000 people, is another giant that has seen its owners arrested. On Oct. 8, the three Boydak brothers were brought in handcuffs to the funeral for their mother, who had reportedly suffered a heart attack from distress over the arrest of her sons in August and never recovered. The sight of Kayseri’s most prominent businessmen standing shackled at the service for their mother led to protests from the crowd, which led the paramilitary police guarding the Boydaks to briefly remove their cuffs.

Some of the seized businesses are publicly traded companies listed on the Istanbul Stock Exchange, making their fate particularly intriguing. The TMSF chairman has said that the companies will be either dissolved or sold off, but how the sales will proceed and how transparent the process will be remains to be seen.

The state of emergency declared five days after the coup attempt has allowed the government to conduct its crackdown through decrees immune to judicial review. Hence, no recourse to judicial action or appeal will be available against the sales. Many believe the companies will be sold off to business people or other individuals close to the ruling Justice and Development Party (AKP).

Selin Sayek Boke, an economist and deputy chairwoman of the main opposition Republican People’s Party, told the daily Cumhuriyet on Oct. 15 that the legislative decrees used to seize companies and hand them to the TMSF are devoid of any legal and commercial guarantees for those entities. She also stressed that the clampdown has led to many businesspeople being “stigmatized” in the business community.

Concerns and misgivings over the fate of the seized companies were compounded Oct. 12 when Metro Holding, a company involved in construction, transportation and tourism owned by Galip Ozturk, a businessman close to the AKP, announced that his company had applied to the TMSF to buy all shares of Koza Ipek Holding, whose assets include Turkey’s largest gold mines. Akin Ipek, the former owner of Koza Ipek and now a fugitive abroad, tweeted that his company was well beyond anything Metro could afford, suggesting that “something else” was going on. “A company with $600 million in cash and mining assets worth $20 billion cannot be bought by a company which is not worth even 10 million liras [$3.2 million],” he wrote. “There must be something else going on behind the scene.”