Saudi Arabia has overextended itself militarily and economically and it would behoove it to return to a more traditional approach in its foreign policy. 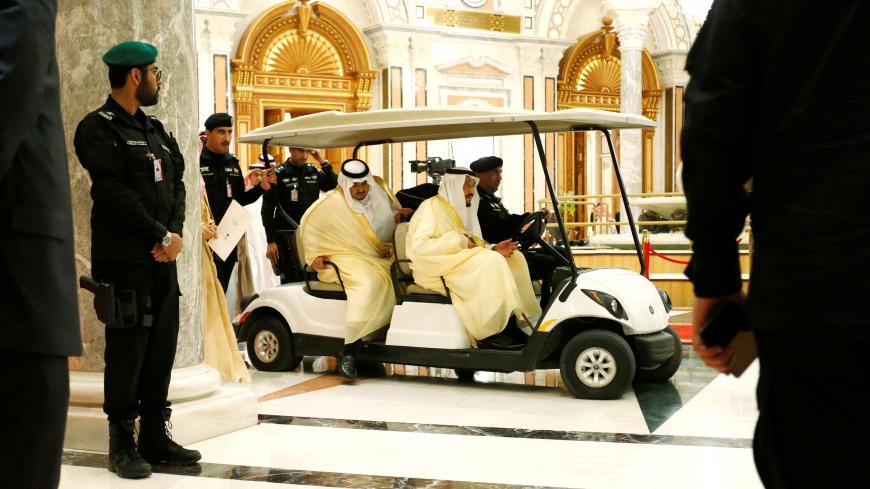 Since ascending to the throne 2½ years ago, King Salman bin Abdul-Aziz Al Saud has asserted a much more aggressive and assertive foreign policy than his predecessors. It is clear that Salman is a risk-taker. What is less clear is how successful he has been. The kingdom is bogged down in an expensive quagmire in Yemen, outmaneuvered by its rival Iran, and has broken the Gulf Cooperation Council (GCC). Traditional alliances have fractured and opposition to Saudi policies is building on both sides of the Atlantic.

Traditional Saudi foreign policy since King Faisal has been reactive and cautious. The kingdom was risk averse. National security policy was often done by clandestine means; force was avoided. Kings were decisive but careful not to overextend their capacity.

Salman, however, was quick to intervene in Yemen in early 2015 to prevent Houthi rebels backed by Iran from taking control of the country. The war has become a humanitarian catastrophe for the Yemeni people and a military stalemate for the Saudi coalition. Cholera has broken out in 21 of Yemen's 22 provinces with over a quarter million cases reported. The fighting is barely changing the front line.

It is also a very expensive war for the king. The first nine months of operations cost over $5 billion. Now monthly military operations cost close to $700 million, according to one estimate. There are other hidden expenses in paying for the support of states such as Sudan that provide troops for the war.

The war has also stressed old partnerships. Oman refused to join the coalition. The king and Sultan Qaboos have not met directly since. Pakistan, the only Muslim nuclear weapons power, voted unanimously in its parliament to stay neutral and not send troops to fight against the rebels. Egyptian support is lukewarm.

Iran has been a major beneficiary. Iran spends a tiny fraction of the cost the Saudis spend in Yemen. Iran's proxies in Iraq and Syria are steadily gaining ground against their Sunni enemies. Iranian subversion is active throughout the Gulf and in the kingdom's Eastern Province.

The king precipitated the crisis with Qatar in the afterglow of the successful Riyadh summit in May that briefly seemed to unite the Muslim world behind the Saudis. Instead, the tiff with Doha has split the GCC. Oman has been further alienated from the kingdom. Pakistan's press has been sharply critical of the Saudi effort to shut down the Qatari news organization Al Jazeera and restrict Qatar's sovereignty. Pakistan has hundreds of thousands of guest workers in the GCC states and officially is neutral but the quarrel has further undermined the credibility of Saudi foreign relations in Islamabad and elsewhere.

The king suddenly canceled his plans to attend the G-20 summit in Hamburg 72 hours before it was opened. Instead, he sent a technocrat to represent the kingdom. According to the German accounts, the Saudis feared the summit would bring private pressure on the king to negotiate with Doha. The crown prince, Salman's favorite son, also avoided Hamburg. But the kingdom still has to pay the bills for dozens of rooms in the luxury Four Seasons Hotel. Saudi Arabia will host the G-20 summit in 2020.

The king's most successful foreign policy initiative has been to curry favor with President Donald Trump at the Riyadh summit. But the Yemeni war and the Qatari debacle is costing the kingdom support on Capitol Hill. The latest half billion dollar arms deal for the Yemeni battlefield only narrowly won support in the Senate (53 to 47). Now the Senate Foreign Relations Committee leadership says it will not consider further arms sales to any GCC state until the Qatar crisis is resolved. The Saudis are the most endangered because they need constant resupply to fight against the Houthis.

In London, the Saudis are also feeling the heat. A think tank has accused the kingdom of being the top financial backer of extremist mosques in the United Kingdom. The British prime minister is refusing to publish the results of a government investigation into the same issue, apparently because it comes to the same conclusion. The opposition Labor Party, which won big this summer, is calling for a halt to all arms sales to the Royal Saudi Air Force in particular and the kingdom more generally. The Saudi air force depends heavily on US and UK support and could be crippled by an arms embargo.

With low oil prices on the horizon for the foreseeable future, the kingdom is facing tough economic challenges. It cannot continue spending more money per capita on weapons than any other country. Its hopes for economic reforms will be futile if defense spending is not constrained. Today, the situation is eerily reminiscent of the shah of Iran's last years, when the bills for his arms deals could not be paid. The House of Saud is much more stable than the House of Pahlavi, but the Saudi economy is slipping into recession. It is time for a more traditional approach and a measure of prudence in foreign policy.