For Saudi Arabia, 2016 has been fraught with many difficulties, including an ongoing war in Yemen, falling oil revenues, souring relations with allies Egypt and Pakistan, and the resurgence of Iran. 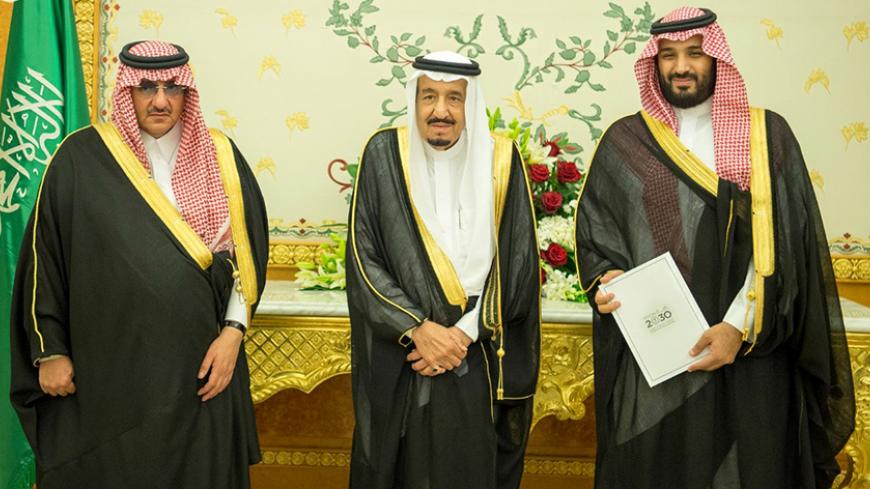 Saudi Arabia had a bad 2016. Only in the second year of King Salman bin Abdul-Aziz Al Saud's rule, the kingdom faced low oil prices, deteriorating economic conditions at home, a quagmire in Yemen and a resurgent Iran. The US Congress accused it of complicity in 9/11. Now the kingdom faces the uncertainty of a new US administration unlike any of its predecessors.

Salman fired his labor minister in the beginning of December. The normally careful Saudi press castigated the minister for growing unemployment, which is reported to be over 12% now. That is probably an understatement. The media suggested that this rise in unemployment will undermine the chances for the success of the king’s much ballyhooed Saudi Vision 2030. Vision 2030 promises Saudi Arabia will no longer be dependent on oil revenues by 2030, an incredibly ambitious promise.

The OPEC agreement in Vienna to reduce the cartel’s oil exports is another implicit defeat for the kingdom. The Saudis had resisted any cut in oil exports that did not include an Iranian cut as well. In the end, OPEC agreed Iran can increase exports while the kingdom must bear the bulk of reductions. The Iranians have lauded and rejoiced in the Saudi retreat. Saudi reserves have been drawn down all year to fill the gap in income, and Saudi consumers have paid the costs. It is far from clear that the OPEC move will significantly change the oil price slump.

The war in Yemen has also been a major cost for the kingdom. Saudi border towns have suffered from missile and rocket attacks. The military has expended huge amounts of munitions that have had to be replaced at high prices. The costs in terms of worn-out aircraft and other weapons systems are a closely guarded secret, but they must be substantial and will only get higher the longer the war goes on. Rather than being able to cut defense spending — a key to Vision 2030 — it will have to rise to pay for the long-term costs of the war.

Of course the Yemenis have paid a much higher price. According to the United Nations, more than 3 million Yemenis have been displaced by the war. Almost 20 million have inadequate access to water, and 15 million are getting insufficient food. Child malnutrition is rampant. The long-term humanitarian consequences are likely to be staggering for the Arab world's poorest country. So, too, will be the long-term enmity for Saudi Arabia and its Gulf partners in the war.

Salman is attending the Gulf Cooperation Council (GCC) summit this week in Bahrain. United Kingdom Prime Minister Theresa May is the guest of honor. The Saudi king will press for a closer union of the GCC, but only Saudi-occupied Bahrain will agree. The king's GCC tour skipped over Oman, which is the strongest opponent of making the GCC an ever closer union.

On the summit's eve, the Saudis sentenced 15 alleged Iranian spies to death. The GCC faces an Iran whose allies in Baghdad and Damascus are gaining considerable ground against their Sunni enemies. Tehran has also consolidated its alliance with Moscow.

Egypt was the kingdom's biggest success in the Arab Spring. With a big helping hand from Riyadh, the Egyptian army overthrew the Muslim Brotherhood government and restored military rule. But now Cairo is tilting away from Riyadh on Syria. Keeping the Egyptian generals in power may be too expensive in any case for the kingdom.

Saudi Arabia's relations with another key ally, Pakistan, have also deteriorated on Salman's watch. The Pakistani parliament voted unanimously against sending troops to the war in Yemen. If the Joint Comprehensive Plan of Action Iran nuclear deal collapses next year for whatever reason, the Saudis are going to need to rebuild their Pakistani connection if they want to project the impression that they have a credible source for getting their own nuclear weapons. That will be a high priority for the king.

The US Congress overwhelmingly overrode President Barack Obama's veto of the Justice Against Sponsors of Terrorism Act (JASTA) — the only override of his eight years in office. JASTA permits legal proceedings against the kingdom and Saudi officials for allegedly being involved in the attacks on America 15 years ago. It was a staggering setback for the kingdom's huge lobbying machine in Washington. Donald Trump supported JASTA.

Now Trump is on the verge of inauguration. The Saudis increasingly are pinning their hopes on former Central Command commander Gen. James Mattis. He is a well-known quantity for Saudis and a proven advocate of coalition warfare. The retired general has been lauded in the Saudi press for being tough on Iran and having a sophisticated understanding of the Middle East.

The elephant in the palace is the king's son, Deputy Crown Prince and Defense Minister Prince Mohammed bin Salman. Yemen is his war, as is Saudi Vision 2030. "Mr. Everything" is the king's darling. He is apparently the indispensable adviser to the 80-year-old monarch. The prince will survive the kingdom's disappointing 2016. How he does in 2017 may determine the kingdom's fate.