The race to recapture eastern Syria may soon lead to direct confrontation between the US-led coalition and Syria’s Russian and Iranian allies. 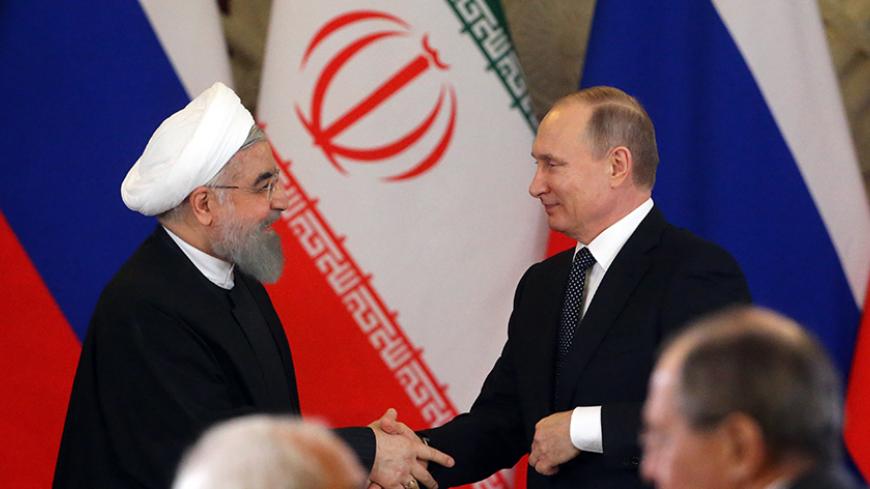 TEHRAN, Iran — Six years after the outbreak of civil war in Syria, the eastern part of the country has become a critical hotspot that could determine the balance of power between the various domestic and international forces involved.

While the United States is becoming increasingly assertive in keeping the Syrian army and its allied forces away from the Iraqi border, Syrian President Bashar al-Assad’s main allies, namely Iran and Russia, have started to redefine their strategies to preserve their vital interests in the war-torn country.

The United States' shooting down of a Syrian fighter jet on June 18 was regarded as an indicator of elevated US military activism in Syria in support of its partners. In fact, it was a new peak of direct confrontation between the United States and the Syrian government that had started weeks earlier, when American forces declared it a "red line" if pro-Assad forces were to approach the southeastern al-Tanf region, which hosts a base of the US-led coalition.

Reacting to the shooting down of the Syrian aircraft, Russia drew its own red line, with the Defense Ministry declaring that “any airborne objects found west of the Euphrates River” would be considered targets.

However, this is not the whole picture, as eastern Syria has become the focal point for Iran, too. The very fact that Iran on June 18 chose Deir ez-Zor as the target of its first missile strike against Islamic State (IS) positions signaled the significance of the region in Iran’s strategic calculations.

Mindful of these developments, the question now is why the situation in eastern Syria has suddenly become so fragile, and what consequences this could have for the future of Syria.

It could be argued that the new phase of US military involvement in Syria has been triggered by growing concerns over the persistent military successes of the Syrian army and its allied forces during the past year, and particularly after their recapture of East Aleppo. It appears that the United States and its allies were hopeful that Aleppo would be the peak of Assad’s military achievements, after which he would enter talks with the rebels to jointly determine the status of other parts of the country.

Those hopes turned out to be false. Just in the past month, for example, the Syrian army not only advanced toward the areas held by US-backed rebels at the border with Jordan and Iraq, but also started to march toward Raqqa from the west. This potentially puts in danger the fate of the US-backed Syrian Democratic Forces (SDF) after the recapture of Raqqa from IS. Therefore, the United States has seemingly come to the conclusion that there won’t be a military solution in line with its interests in Syria — as the rebels are losing more ground — and that it’s not even possible to freeze the situation as it was right after the Syrian government’s recapture of East Aleppo.

In these circumstances, the only possible and logical option for the United States and its allies is to reinforce their current positions inside Syria and to concentrate on the areas that have the most potential to be successfully retaken by American-backed forces. In this vein, the United States is more vigorously trying to keep pro-Assad and pro-Iran forces away from al-Tanf and is also eager to accelerate SDF operations in Raqqa. Thus, the United States is now concentrating on its core interests in Syria: containing Iran’s influence; preserving a minimum level of balance of power between different forces; and, at the top of the list, safeguarding Israel’s security by preventing Syrian army advances further southward.

As such, the abovementioned developments mean that the United States has already started to delineate its “zones of influence” inside Syria. In turn, Assad’s allies, namely Iran and Russia, have reacted by concentrating more on their own core interests. For Iran, the most important aim is to preserve its access to Lebanon through Syria, which is why it has shifted its concentration to eastern Syria. Iran has already taken the first steps in this regard as the Popular Mobilization Units, a pro-Iranian Iraqi force, reached Iraq’s border with Syria on May 30, and as Syrian forces seized control of an eastern area bordering Iraq on June 9.

However, Russia, as another main ally of the Syrian government, presents a rather different story. Moscow’s most vital interest in Syria — guaranteeing access to the Mediterranean Sea by safeguarding its military bases in western Syria — is already preserved. Nonetheless, as a world power, the broader situation in Syria is also important for the Russians in terms of preserving their international prestige. This means not abandoning an ally right after a geopolitical achievement.

For a long time, Russia tried to fulfill this part of its aims by militarily supporting Assad’s government and, at the same time, actively calling for a political solution to end the war. Moscow has not wanted its involvement in Syria to exceed a certain point. However, after the recent moves by the United States and its allies in directly clashing with Syrian forces, Moscow is in fact being pushed into more active involvement in the country.

Thus, with these converging courses of action, Russia and Iran are expected to increase their cooperation with Assad to help him retake the eastern parts of the country, thereby preventing a drastic shift in the balance of power in favor of the United States. Should they manage to retake more IS-held areas in eastern Syria, they may even extend the scope of the “de-escalation zones” to the east, so they can consolidate their gains in other areas. The latter is a plausible scenario, since Turkey, as the third pillar of the de-escalation zones agreement, is growing more and more outraged by the increased US support for Syrian Kurds.

Syria has effectively been divided into different zones of influence between the two main power constellations involved in the country. The outcome of this is clear: The process of reaching a political solution will become more complicated, at least when it comes to a solution that could preserve Syria’s territorial integrity. At the same time, there is also a risk of direct clashes between the United States and its forces on the one side, and Iran and Russia on the other.