While the elevation of Mohammed bin Salman was no surprise to many observers in Tehran, his de facto rule over Saudi Arabia is raising serious concerns in Iran. 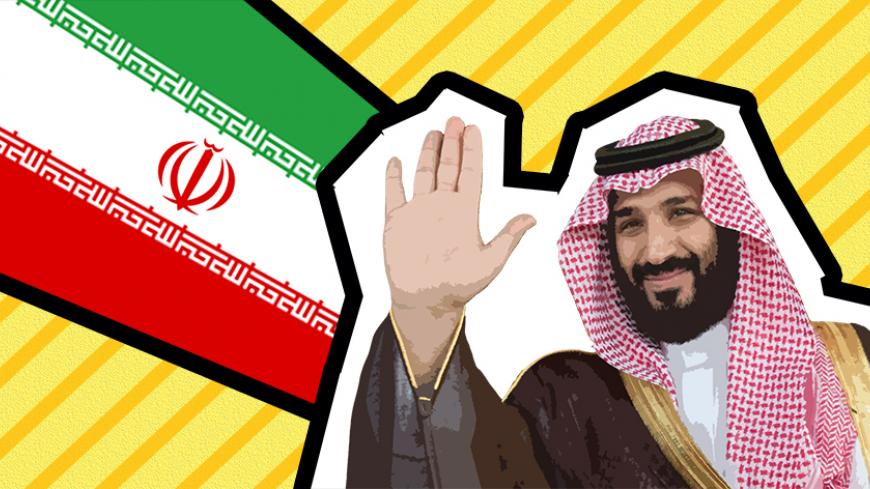 The recent changes in Saudi leadership were not a surprise to Iran. “We all knew this was coming. It was only a matter of time,” a senior Iranian official told Al-Monitor on condition of anonymity.

In fact, last October, long before the appointment of Mohammed bin Salman as Saudi Arabia’s new crown prince, Quds Force commander Qasem Soleimani told a gathering in Tehran, "Mohammed bin Salman, the second crown prince, is in a hurry and wants to set aside the first one [Crown Prince Mohammed bin Nayef], and might even kill his own father to replace him.” The Iranian major general recalled a conversation that allegedly took place between Mohammed and a Syrian official in Russia sometime in 2016, quoting the Syrian official as saying that the Saudi royal “asked about [Syrian President] Bashar al-Assad, how he is, how his family is.”

Soleimani continued, “The Syrian official then said, ‘When I saw that the atmosphere is very good, I said that Daesh [Islamic State] is a public threat against all of us, let’s join each other to fight them.’ Bin Salman replied, ‘This is nothing. We will finish Daesh and Jabhat al-Nusra in just one day, don’t worry about that. You have only one problem; your problem is having a relationship with Iran. You end that relationship and take stances against them, then all this will be over.'"

Mohammed’s view of Iran as the region’s main problem worries Tehran. The Saudi crown prince’s harsh words against the Islamic Republic and his open perceived threat in May to take the battle into Iran have prompted Iranian decision-makers to respond by adopting stronger positions against Riyadh. A second Iranian official told Al-Monitor on condition of anonymity, “Saudi Arabia is today in one of its worst phases. Maybe for the first time in decades, this kingdom is under threat of collapse from within; they are seriously facing a leadership crisis. Nations can’t be ruled by inexperienced adventurers, and this is the case with the new crown prince.”

The Iranian official elaborated, “For the immediate interests of Iran, all of what bin Salman is doing might have a positive impact — just look at the last adventure with Qatar. He risked the unity of the Persian Gulf countries to impose his views on his neighbor, and what next? He himself doesn’t know what to do next, and this is the worst thing.” In Yemen, the official added, Ansar Allah (the Houthis) wasn’t very close to Iran, “but now with all the Saudi bombs falling on their heads, Iran is becoming the only friend of the Yemeni people because we might be the only country openly showing sympathy with them. Iran wants friends everywhere, even in Saudi Arabia, but the Saudis nowadays are very good at making enemies.”

According to the Iranian official, Mohammed’s policies toward the Islamic Republic are seen as wholly hostile. “The continuous threats against Iran by the prince and his foreign minister convey a message that I doubt the Saudis want us to read. Hitting on religious beliefs is imprudent. Bin Salman’s comments [about] Imam Mahdi wasn’t a political stance. He intimidated every believer — even those who oppose the Islamic Republic were insulted.”

The Iranian official was referring to a May 2 TV interview in which Mohammed answered a question on the possibility of dialogue with Iran. The National summarized the interview as follows: "Prince Mohammed said it was impossible to talk with a power that was planning for the return of the Imam Mahdi. Shiites believe Imam Mahdi was a descendant of the Prophet Mohammed who went into hiding 1,000 years ago and will return to establish global Islamic rule before the end of the world." The article quotes Mohammed as saying in the television interview: "Its [Iran’s] logic is that the Imam Mahdi will come and they must prepare the fertile environment for the arrival of the awaited Mahdi and they must control the Muslim world."

The current tension between Iran and Saudi Arabia is not unprecedented. The two Persian Gulf nations almost clashed in June 1984 when Saudi jets shot down two Iranian F-4 fighters when they entered Saudi airspace. Earlier, in April and May that year, several Saudi and Kuwaiti oil tankers were hit, with Iran accused of striking some of them. These incidents took place during the 1980-88 war between Iran and Iraq, in which Saudi Arabia and several other Persian Gulf states sided with Saddam Hussein, and the Islamic Republic intensified its rhetoric against Riyadh. August 1987 saw perhaps the worst crisis between the two states: Iranian pilgrims on July 31 staged their annual protest against Israel and the United States during the hajj, with some 400 of them killed by Saudi riot police in Mecca. In response, angry Iranians stormed the Saudi Embassy in Tehran, in a scene that was repeated 28 years later over Riyadh’s execution of a dissident Shiite cleric.

When it comes to the relationship between Saudi Arabia and Iran, the past doesn’t seem to exist independently from the present. Because of this, the appointment of the new crown prince raises concerns in Tehran. Iran is worried because it views Mohammed, the de facto ruler of its arch rival, as lacking wisdom and as a person driven by illusions of superiority that might set the whole region on fire. While Mohammed’s close ties with the US administration aren't a matter of concern in Tehran, reports indicating that the young prince is getting closer to Israel is what the Iranians take more into consideration. Israeli-Saudi cooperation would present, from Tehran’s viewpoint, a serious threat to both its national and regional security. In other words, the probability of an open confrontation, from the shores of the Mediterranean to the heart of the Persian Gulf, could increase. In this equation, the ongoing proxy wars in the region, with all their repercussions and casualties, would be reduced to a footnote in history; one side could ignite a wider war, but no one can possibly know when such a conflict may end.