A report by Iran’s parliament says that the United States has made transactions between Iranian and large European banks challenging, impacting the effects of the nuclear deal. 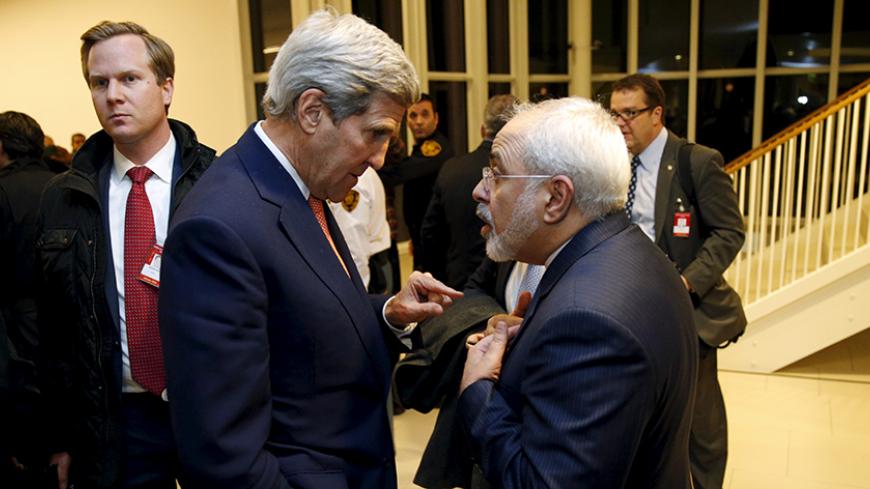 As part of the comprehensive nuclear deal reached two years ago between Iran and the six world powers, Iran agreed to reduce elements of its nuclear program in exchange for sanctions relief. The deal was largely brokered as a result of bilateral talks between the United States and Iran. The two countries, to ensure that the other side fulfilled its requirements, required periodic reports.

In the United States, every 90 days the State Department must provide Congress with a report on Iran’s compliance with the nuclear deal, which is referred to as the Joint Comprehensive Plan of Action in the United States and with the Persian acronym BARJAM in Iran. In April, Secretary of State Rex Tillerson confirmed that Iran was in compliance but cited the country for involvement in regional conflicts. He also said that President Donald Trump ordered the National Security Council to review whether or not continuing to suspend the nuclear sanctions on Iran was “vital to the national security interests of the United States.”

On Iran’s side, parliament’s National Security and Foreign Policy Committee was tasked to issue a report on the nuclear deal every six months. A consistent problem for Iran has been that large banks continue to be cautious of doing business with Iran due to remaining US sanctions not related to the nuclear deal. Parliament’s latest report addressed this issue, writing that Iran has access to smaller banks in Europe, but larger banks are still refusing to work with the country.

The report concluded that sanctions have only been “removed on paper” and that the main culprit for this issue is “repeated American threats” about working with Iran. The report said that restrictions on Iran’s Central Bank and previous fines paid by European banks continue to limit Iran’s benefits from the nuclear deal. The report said that European banks had sought written permission from the US Treasury that their transactions with Iranian banks would not be fined later. Rather than issuing permission, the report said that the Treasury’s Office of Foreign Assets Control, which administers and enforces economic sanctions, gave vague answers to inquiries about doing business with Iran.

While US politicians opposed to the nuclear deal continue to call for it to be scrapped, Iranian opponents of the nuclear deal have become less vocal. Those opponents have turned their attention to the latest deal between Iran and the French company Total on Iran’s phase 11 gas field in the Persian Gulf. The $5 billion deal signed by the Hassan Rouhani administration was the first major energy deal since the signing of the nuclear deal on July 14, 2015.

However, conservative critics in parliament have raised a number of issues, including Total’s 50.1% stake and previous allegations of bribery. Iran’s Oil Minister Bijan Zanganeh defended the deal July 12 in the parliament. “If we sign a deal with the British you talk about the ‘old fox’; forget about America; and with France you now say, 'So who are we supposed to sign a deal with?'” Zanganeh asked. “Directly say that you are opposed to all foreign investment and say that I am not permitted to make any deals.”

He continued, “If there is proof of bribery, give it to the judiciary.”

An article in Reformist Shargh Daily, however, dismissed all the various conservative criticisms, from the nuclear deal to the purchase of Airbus planes, and now in regard to Total. The article reported that it wasn’t that long ago that Iran was bartering for its oil, and that conservatives are turning this into another partisan issue.