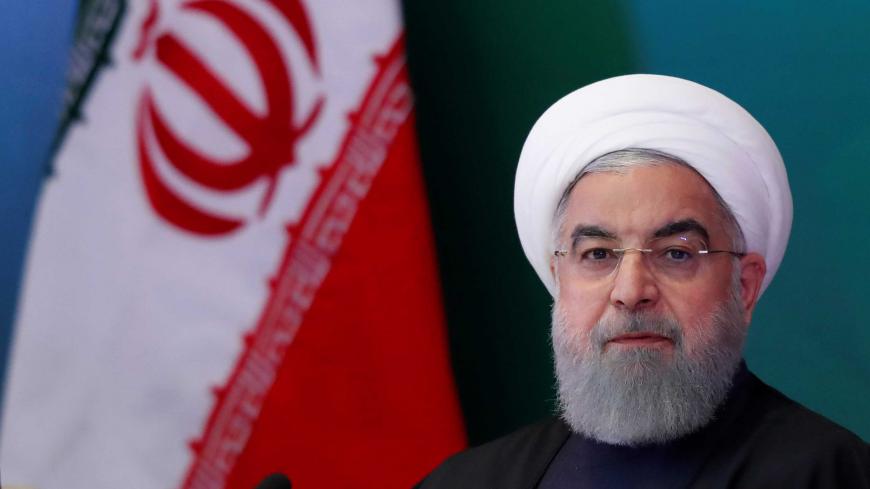 During a speech May 7, Iranian President Hassan Rouhani suggested that if the United States were to exit the comprehensive nuclear deal between Iran and the five permanent members of the United Nations Security Council plus Germany, European countries could keep the deal alive.

Rouhani said what Iran had sought in the nuclear deal was the “removal of oppressions such as sanctions.”

Iranian officials have voiced various reactions in their statements to the possibility of the United States exiting the nuclear deal, ranging from themselves walking away from the agreement to leaving the Treaty on the Non-Proliferation of Nuclear Weapons. According to Iranian political analyst Davoud Hermidas Bavand, Rouhani's recent comments are perhaps the first to suggest that Iran and the Europeans have worked out a scenario in which the United States could exit the deal while the other countries continue to abide by its terms. “It is likely that the Europeans presented new points that may be somewhat acceptable to Iran,” he told Entekhab May 7 in response to Rouhani’s latest comments.

In a separate statement in Berlin, the foreign ministers of Germany, France and Britain also signaled that they would remain in the nuclear deal regardless of the US decision. “We are determined to save this deal because this accord safeguards against nuclear proliferation,” French Foreign Minister Jean-Yves Le Drian said May 7.

During the speech in the holy city of Mashhad, Rouhani discussed the reasons for the nearly 3-year-old nuclear deal in which Iran reduced its nuclear activities and agreed to increased inspections in exchange for sanctions relief. “Today we tell the world if you are concerned about Iran’s access to nuclear bombs, we have completely eliminated this concern within BARJAM,” Rouhani said, using the Persian acronym for the nuclear deal known officially as the Joint Comprehensive Plan of Action. “BARJAM gives complete confidence that Iran is not pursuing nuclear arms.”

Rouhani continued, “The primary goal of the Americans has been to limit Iran’s independence, power and regional influence, and they have always pursued these multistep goals.” He added, “From the beginning, the Americans wanted to reduce Iran’s power. And whether they remain in the nuclear deal or exit it, they will pursue this.”

Rouhani campaigned and has staked his political career on the nuclear deal, which is something conservatives have opposed. According to a new memoir by the head of Iran’s Atomic Energy Organization, Ali Akbar Salehi, when Supreme Leader Ayatollah Ali Khamenei first gave the green light for secret talks in Oman that kick-started the negotiations over Iran’s nuclear program, then-President Mahmoud Ahmadinejad was opposed, calling it “dangerous” and warned that it would fail.

Salehi said that Khamenei’s four conditions for the secret talks in Oman were that they would not take place at the ministerial level, they would not happen for the sake of talking (that the United States accepts enrichment from the start), the talks be limited only to the nuclear issue and the president coordinate the talks.